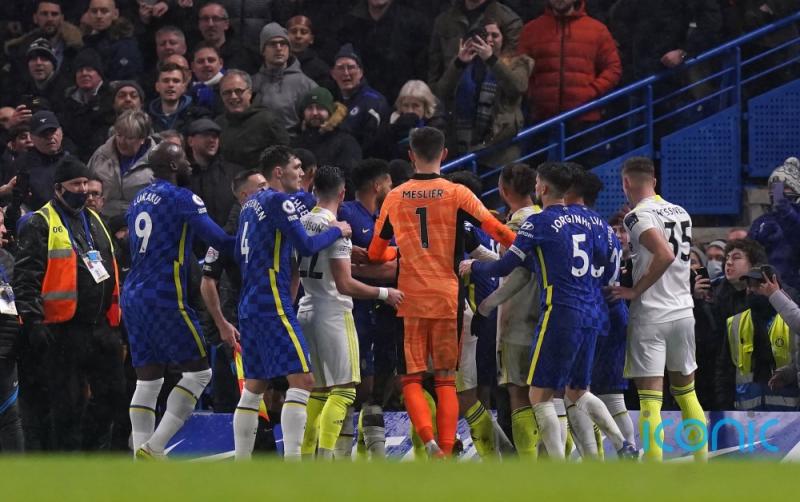 Leeds have been charged with failing to control their players following an injury-time incident in last weekend’s 3-2 defeat at Chelsea.

The FA said in a statement: “Leeds United FC has been charged with a breach of FA Rule E20.1 after its Premier League match against Chelsea FC on Saturday.

“It is alleged that Leeds United FC failed to ensure its players conducted themselves in an orderly fashion when they surrounded the match referee in the 93rd minute.”

Leeds, who face Manchester City on Tuesday night, had five players booked in the fixture, which ended in a further, heated exchange between Rudiger and a number of Leeds players.

Marcelo Bielsa’s men have the worst disciplinary record in the top flight with seven players heading towards the busy festive programme one more booking away from suspension.