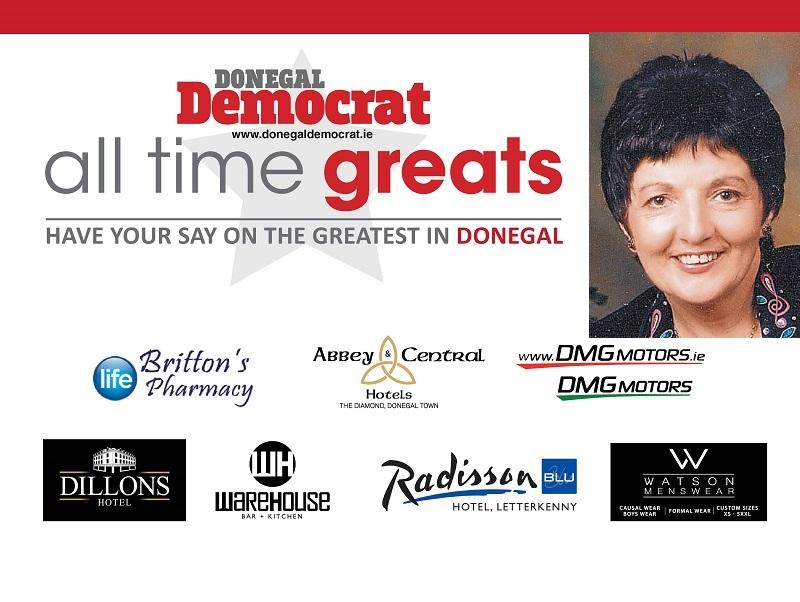 A 2007 Donegal Person of the Year winner, Margo O'Donnell is one of the best known Country and Irish singers of all time.
Born in 1951, Margo started performing country music at a very young age in 1964 with a local showband, The Keynotes.
She recorded her first single in 1968, "Bonny Irish Boy/Dear God", which was a success as was her second single, "If I Could See the World Through the Eyes of a Child/Road By the River", released in 1969.
Margo has been a successful singer for five decades and has sold more than 1,000,000 records to date, and performed with Johnny Cash, Loretta Lynn and Dolly Parton. She presented numerous TV shows for RTÉ in the 1970s and has collected many awards during her career.