'We have found it really nice, the people are brilliant and the culture of drama and theatre down there is really vibrant' 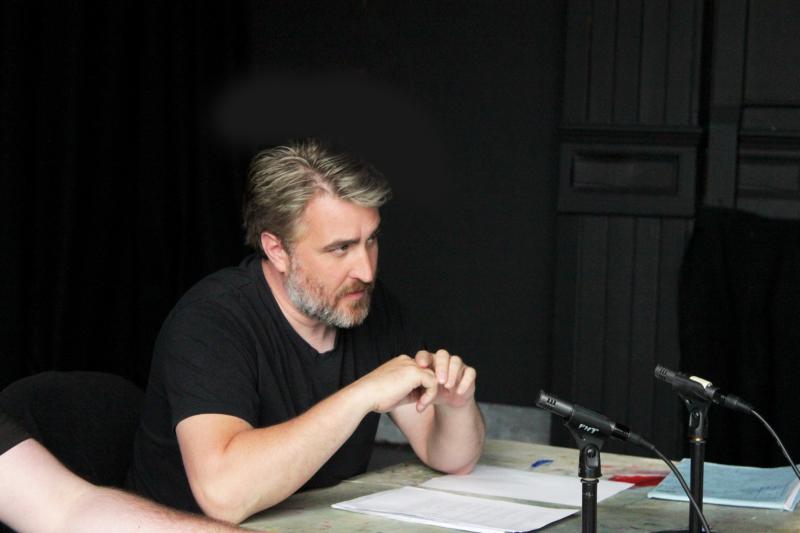 Sean Donegan is taking to the stage this week for the first time in almost 18 months as he co-stars in a world premiere by acclaimed writer Colin Bateman in Derry’s Playhouse theatre.

The last time was in Ballyshannon in March 2020 when a production by the Ballyshannon Musical Society closed just days before lockdown was introduced.

“During all that lockdown period when you were not seeing anybody, you were remembering the experience of having that big live audience and that big cast on stage and just how great that was. It was really poignant that we did that.”

After pursuing an acting career in London and then teaching in England and Germany, Sean Donegan has made his home in south Donegal.

Born in New Jersey and brought up in Inishowen, his journey has included studying at one of the world’s most prestigious acting schools, a masters in physics, directing amateur plays in Letterkenny and teaching in a private school in Berlin.

After years as an actor which included studying drama in Belfast and the Guildhall School of Music and Drama in London, he retrained as a maths teacher in England.

He took teaching jobs in England and then Germany, while keeping up his interest in acting and drama.

In 2018 he took up a post teaching maths in the Abbey Vocational School in Donegal Town and now lives with his wife, artist and musician Grainne McMenamin, and their children in Ballyshannon.

“We have found it really nice, the people are brilliant and the culture of drama and theatre down there is really vibrant. There is such a good scene down there.”

The year before his move to south Donegal he was asked to do a play at the Balor theatre in Ballybofey and became exposed to the amateur theatre circuit in Ireland. He went on to win best actor at the Ulster Drama Finals.

“I was delighted about that and it reminded me that I do really love it and I need it in my life.”

The Abbey Vocational School has proved a perfect match for him, where when not teaching maths he contributes to the school’s drama scene.

“It’s a great school for drama. Principal Geraldine Diver is really passionate about theatre and the drama that they do with the kids there, especially in a transition year, is really, really great. So I have found a bit of a home there where I can do my drama stuff with the pupils.”

He has also become involved with the drama scene in Ballyshannon, contributing to amateur drama productions and pantomimes.

“I have been managing to work full time as a teacher and keep up my drama stuff on the side.”

Return to the stage

With theatres closed most of the time since March 2020, he found an opportunity that would lead to him returning to the stage this week. In Easter this year he did a live-stream extract from a play for the Playhouse in Derry after applying to a call-out for actors.

It was well-received and has turned into the full production of Nutcase which marks the theatre’s return to live performances. What he didn’t know when he received the short script was that it was written by acclaimed novelist and screenwriter Colin Bateman.

“I was reading it with my wife and learning the lines and we were saying, ‘this is really good, who wrote this?’ When I got the audition they told me Colin Bateman wrote it. I couldn’t believe that someone of his reputation and talent was producing something in Derry. I think it is brilliant, his shows could be on in London or wherever. He knows The Playhouse will produce his play well because it is a very, very professional operation. I have been really impressed by it, the whole team is incredible. It is the same standard or more you would get in somewhere like London.”

Nutcase, which is directed by Bafta-winning director ​​Kenny Glenaan, is a black comedy that deals with the impact mental illness has on the relationship between a father and son.

Donegan believes the timing of the production, as society emerges from the pandemic, is very apt.

“Obviously he didn’t know when he wrote it that it was going to be on just after lockdown finishing. But the stars have aligned because it is a play that is about mental health and there are a lot of people having difficulty at the moment with all that has gone on in the last couple of years. Talking about our mental health and having honest conversations about it and looking at what it means, I think that is really important right now.”

Nutcase is running at the Playhouse, Derry and live online until August 29.