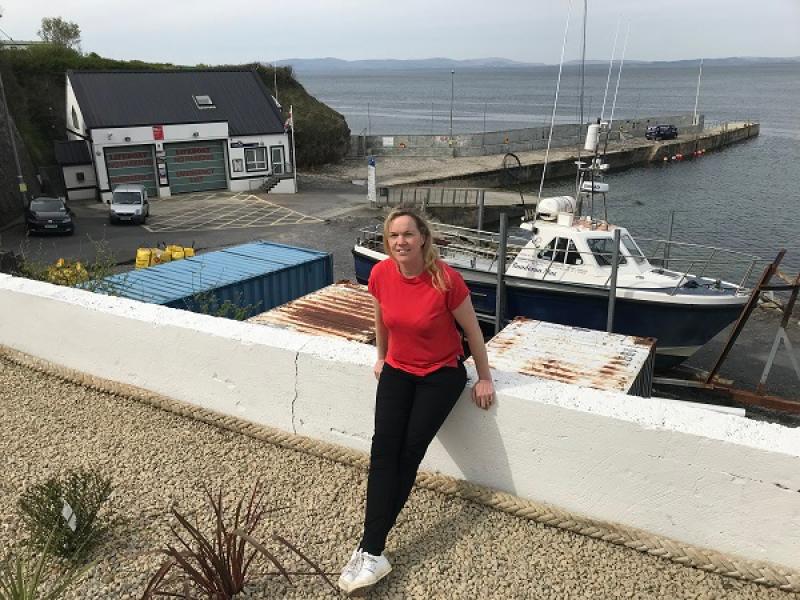 Gina Witherow, Director of the Donegal English Language school (Dels) in Bundoran knows more than most about the devastating economic hit that has hit many businesses in the north west, which has resulted from the continuing Covid-19 pandemic.
The language school in what she calls ‘the quiet economy’ has been closed since the start of the pandemic and is now stretching into its second year.
Thousands of students have passed through the school, which began with humble beginnings back in 1989, when her late mother, Pat (Patricia) Geagan hosted some 80 foreign students for a six-week period over the summer. Gina took over about 14 years ago.
Reflecting on the situation which is unique to her industry, she explained: “Over the 12-month period in 2019, 1,200 students from 23 different countries came to the school
“As of the last days of April 2021, still the government is issuing no visas to students to enter Ireland, so our industry is in a precarious situation.
“We do sit down with the government and we are looking for continuing support because when Ireland does get to open up to the domestic market, we rely on international tourism. It is a very strong industry worth €800m to the Irish economy each year and is also a significant contributor to the local economy here in Donegal.”

Never sought support
She said that they had never sought any kind of support prior to Covid, but that those supports including the CRSS needed to continue so that they can open when the timeframe is decided.
“The language school industry is involved in every local economy in Ireland, they bring in people to all parts, playing an important role right along the west and north west coast. Thirty per cent of the tourism that comes into Bundoran is educational tourism and has a phenomenal impact on the town.”
She added that at this time of the year, she would normally have around 20 employees, rising to some 40 coming in the summer.
“This is a significant contributor to the economy and I would appeal to the powers that be that we simply cannot be ignored as with marketing and everything else, we need a lead time of three to six months to arrange packages for students and like some of my business colleagues in the wider south Donegal area, it will be years before we get back to where we were in 2019, if ever,” she warned.