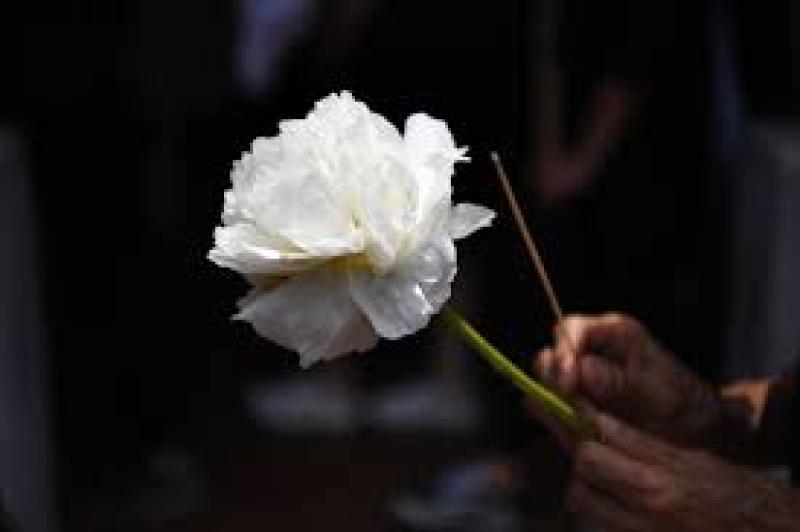 Funeral arrangements are to be announced later. House private, please.

Daughter of the late Michael and Eileen Twomey and predeceased by her sisters, Mary and Jacinta and by her brothers Fr Tom, John Hillary, and Padraic.

Sadly mourned and lovingly remembered by her much loved son, Liam. Very deeply regretted by her loving brothers, Michael, Diarmaid and Dom, and by her sisters-in-law, Bridie, Sheila, Jo and Anne, and brother-in-law, Michael Glaysher, together with their children and grandchildren.

She will be remembered fondly by her Cotter cousins, Clonmoyle, Kilmichael, Co Cork, the Twomey cousins, Ballyvourney, Co Cork, and the O’Donnell cousins, Carraroe, Co Galway and a wide circle of friends, most especially from Scotstown, where she spent most of her childhood.

Her ashes will be interred in the family plot at Deansgrange Cemetery, Co Dublin following cremation in Canada.

Funeral Mass on Friday, August 26 at 10.30am in The Church of the Holy Name, Beechwood Avenue, Ranelagh, Dublin 6, followed by the interment of her ashes in Deansgrange Cemetery.

Donations in lieu of flowers to Longford Palliative Care c/o of Farrell Funeral Directors, Ballinalee or any family member. Donations box in church.

Funeral Mass on Wednesday, August 17 at 11am followed by private cremation in Lakelands Crematorium, Cavan. Family flowers only donations if so desired to Donegal Community Hospital and Donegal Palliative care team care of any family member or Faulkner Funeral Directors.

House private at all times, please.

Remains reposing at his late residence. Removal from there this evening, Tuesday, August 16 at 6.45pm going to St Mary’s Church, Convoy for reception prayers followed by Rosary at 7pm and to repose overnight.

Funeral Mass on Wednesday, August 17 at 11am with burial afterwards in the family plot in the Old Cemetery.

Reposing at his late residence. Requiem Mass in the Church of the Sacred Heart Carndonagh on Wednesday, August 17 at 11am with interment afterwards in the adjoining cemetery. Family flowers only, please.

The death has occurred of Madge Brazil (née McGee) Derrica, Ferbane, Offaly and Downings. Madge passed away on August 14, peacefully, surrounded by her family at Tullamore Regional Hospital. She was a native of Altaheerin, Downings and was predeceased by her beloved husband Jimmy and siblings Denis, Winnie, Mary, Paddy, Rita, Kitty and Ned and great-grandson Noah.

Reposing at her home on Tuesday evening, August 16 until 8pm. Removal on Wednesday afternoon, August 17 to the Church of the Immaculate Conception, Ferbane for Requiem Mass at 3pm, which may be viewed on www.ferbaneparish.ie. Interment afterwards in Kilrehan Cemetery.