Donegal mountaineer Jason Black urges us all to overcome obstacles 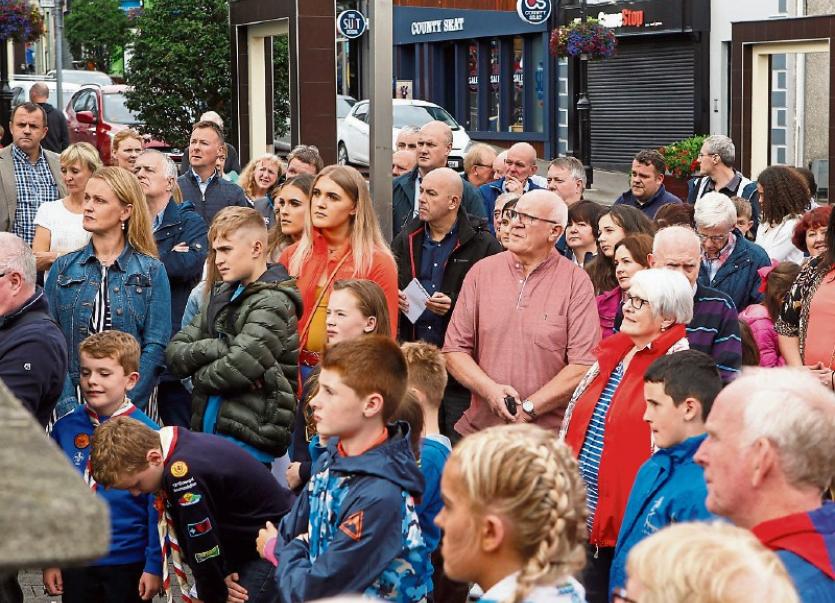 Every skill Jason Black ever learned merged at crucial points during his momentous climb of the notorious mountain K2 to make his expedition a success.

Jason Black recently became the second Irish man in history to complete the infamous climb which has claimed the lives of many who attempted the cruel mountain-face before him.

Errigal, Elbrus and Everest were among the climbs that led to the endurance athlete setting his sights on what can undisputedly be described as the holy grail of peaks among hardened climbers.

The entire expedition lasted a biblical forty days for Jason and his team of climbers.

The skills of Jason's youth combined with a superior level of fitness and a healthy mental attitude were all factors which contributed to the climb being favourable.

During the K2 expedition, Jason carried a compass with him from his days of being a boy scout.

In 1983, he and a team of boys proudly reached the peak of Carrauntoohil. This moment marked the first of many achievements in Jason's life.

In later years, mornings and evenings were spent, in the begining, in Dunlewey and in Glenveagh enjoying the rewards that nature presents those who strive towards greater heights in the great outdoors.

Over the years his appetite for greater climbs increased and he set his sights on the most challenging climbs the earth's peaks could offer him.

This was the second time that Jason attempted K2.

In 2015, his journey was brought to an abrupt end when an avalanche destroyed his equipment.

He recalled walking away with a heavy heart that fateful day.

It is said among climbers that you should never look back at K2 but Jason did just that, and it was in this moment his decision to come back and conquer ‘the savage’ was forged.

On his return to K2, Jason was steeled to complete his journey not only for himself but in memory of the great Irish climber Ger McDonnell who had been the first man to summit K2 but tragically lost his life on the descent.

Jason will say that Ger was his ‘guiding torch’ on the difficult parts of his climb.

Having met the late Mr McDonnell's family Jason felt that he was not climbing alone, he was climbing in the footsteps of the Limerick man and despite the fact that these footsteps had faded, for Jason a stronger and greater connection willed them together on his epic journey.

k2 is eight miles vertical. Each corner, each step brings you closer to a summit but they are not without their perils.

On reaching the top, Jason felt that his stars had aligned. There was a feeling of success and elation. He recalls how he and his team spent 25 minutes on the peak and he came off oxygen. At that moment in time, Jason said that he felt strong.

However an overwhelming sensation came over the Letterkenny man to ‘bring it home’.

He remembers calling on Ger McDonnell to help him make his return journey.

He describes the begining of that descent as frightening as he looked onto ‘a sheet of black ice’ - raw emotion rushed through his body as he digested the thought ‘that this is where most people lose their life’.

From that moment on, Jason and his team battled downward to get beyond the zone where avalanches are a very real possibility.

Jason couldn't relax in camp 4, he was conscious that a wall of snow sweeping through the region was still very much a reality.

His sentiment remained the same in camp 3, he stopped, made soup, ate flat bread and kept going until he was content that he was out of dangers way.

He has dedicated his climb to his children and has thanked his wife Sharon for being a rock of support to him during his climb.

Jason believes that his greatest achievement can now be felt by relaying his message to children aged between 15 and 17 at secondary schools.

His message is one that is strong and positive. He urges people to use what they perceive to be negatives as positives when facing into a challenge.

Jason believes that difficulties can be better utilised as a positive force rather than being used as a negative force or energy.