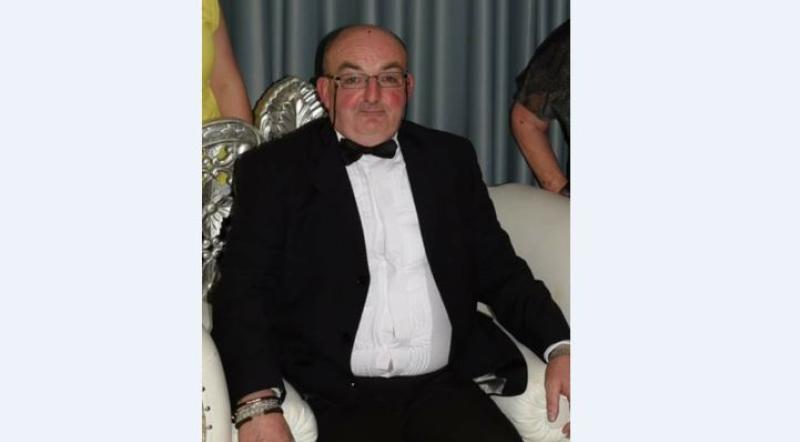 Born on the sixth of the sixth 1960, well known Dungloe man Kevin Bonner will be 60 on Saturday and his many, many friends are keen to send him good wishes.
One friend, who assisted us in ensuring Kevin’s very significant birthday would be flagged up in advance, described him as a “true gentleman and a great community person.”
A son of Charlie and Sally Bonner, Bridgend, Dungloe, Kevin is very much involved in the community and Bonner’s landmark shop at Bridgend sees him continuing a family business tradition that runs now into a third generation.
The shop, which reopens on Monday as Covid-19 restrictions ease, was founded by his grandfather, the late Johnny Walsh.

A man for all seasons, Kevin Bonner along with Courtney Boyle the leader of Maghery Band at the Marching Bands competitions traditionally held on the Easter weekend
PICTURE: MATT BRITTON

He has consistently supported various good causes and has been involved in a very active way in so many local groups and associations, among them the Rosses Anglers Association.
However, for many, it’s his connection to and with the Mary from Dungloe Festival, which is best known.
One of the highlights of his year is the annual visit to his shop of the Mary From Dungloe contestants and his ‘goody bags for them’ are a tradition in themselves!
Indeed many of the contestants through the years have continued to keep in touch with him, a measure of the impact he has made on so many with his good humour and his care for the town.
Many will recall also his recent involvement as part of the group who came together to organise specific events to mark the 50th anniversary of the festival, which saw the return of many of the former winners of the festival from the previous years and the return of the Emmet Spiceland band.
So, if you see Kevin over the weekend, wish the man born on June 6, 1960 a very happy 60th birthday!