The beach was damaged by a number of differing recreational pressures 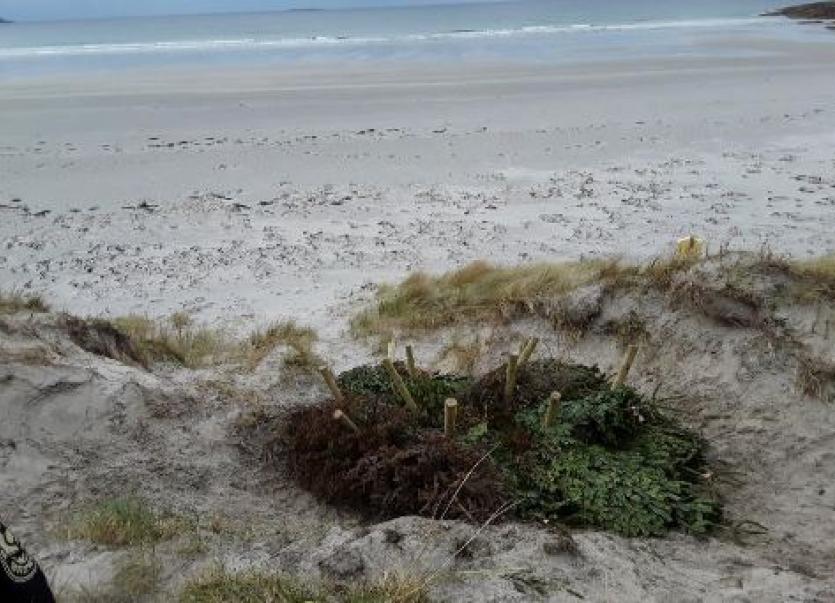 The opening of Dooey beach is under review by members of An Garda Síochána, an online meeting of Glenties Municipal District was told.

The Green Coast beach in Dooey had suffered from pressure from wild camping and inappropriate use of quad bikes and scramblers. The dunes had degraded badly with the marram grass being torn up by recreational pressures.

Subsequent wind damage was then causing ‘blow out’ and further collapse. In conjunction with the local landowners, thirty Christmas trees collected for recycling were used to act as biodegradable sand traps in the worst affected area on the dunes. Working with nature, it is intended for the trapped sand to rebuild the dunes, allowing the system to recover.