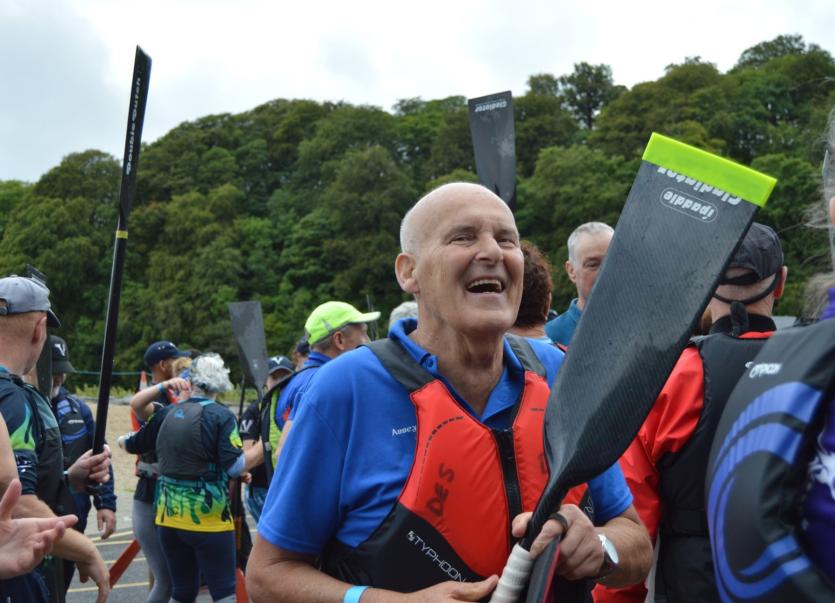 An inspiration to all who know him, former Garda and marathon runner Des Corley is a leading light when it comes to living a full and active life at 80 years of age.

Today (Wednesday) marks Des’s 80th birthday, and the Monaghan native who made his home in Donegal has much to appreciate and celebrate.

A doting husband, father and grandfather, Des is first and foremost a proud family man.

Not long after being stationed in Donegal in the late sixties, he met local telephone operator Maura Hannigan and the happy couple never looked back. They married and made their home in Donegal Town where they raised their family and are now enjoying life as grandparents.

Des is also a keen sports fan, supporting the footballers of Donegal - except when they come up against his native Monaghan - and cheering on Finn Harps and Liverpool FC, enjoying the buzz of live games, be it in Ballybofey or Anfield.

He has always kept his own health and fitness very much to the fore, and it is this aspect of his life that continues to inspire so many people around him.

For many people in the wider Donegal Town area, Des will be remembered  as the marathon-running garda. He completed 11 Dublin marathons between 1980 and 1992, as well as completing marathons in Limerick, Belfast, London, Galway, Sligo and Strabane. He took part in the International Police Association marathon in Portugal and completed 10 half-marathons.

He also completed a charity walk from Boston to New York and took part in an event through Bow Street Police Station in London. 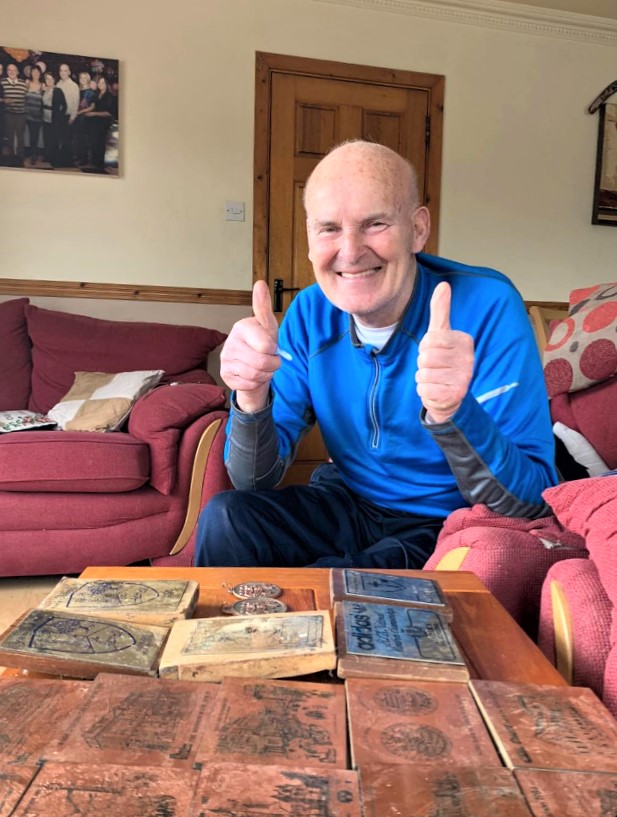 Those who run marathons say that while physical training is very important, going the distance is a huge psychological challenge. Des really put his mental endurance to the test while completing a marathon distance by doing 106 laps at the St John Bosco Centre in Donegal Town.

While training, he often covered 100 miles a week, running on one occasion from the Dry Arch in Letterkenny to his home in Donegal Town.

Serious injury on the job forced Des to retire from An Garda Síochana sooner than he would have liked, but he certainly wasn’t ready to slow down.

He enjoyed golf at Murvagh and remained very active.

A period of ill-health saw him come through cancer, a heart attack and he is now living with diabetes. However, his fitness helped him massively in overcoming these challenges and he remains very active. Des can be seen out on his daily walk around Donegal Town at a pace that would leave people a fraction of his age struggling to keep up. Indeed, if he has a companion walking with him, Des is the one looking back over his shoulder while keeping the conversation going.

He is a dedicated member of Donegal Dragons, a watersports team for breast cancer survivors and supporters that was founded by his daughter Deborah.

A strong and committed paddler, Des is a key member of the crew that won the shield final at their home regatta in 2019 and finished in second place in the open category of the highly competitive Dublin Regatta, also in 2019. Crewmates describe him as a great motivator, and as an inspirational example of how to not only survive but to thrive and to live your best life after coming through cancer and other adversity.

To his family, Des is all those things, as well as being the kind, loving, selfless, hard-working, strong, caring father and grandfather that they all adore.