Rosapenna's 'Breenkeeper' serves up a treat on a memorable weekend 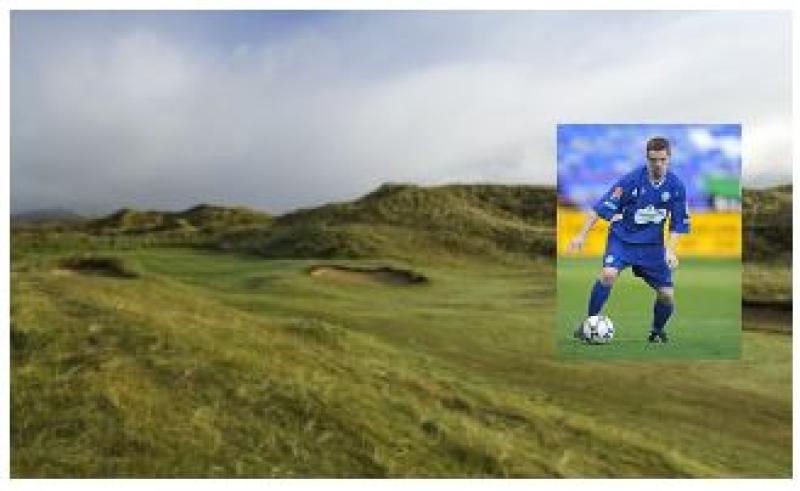 Saturday morning, and it’s just gone 5am, and there’s a buzz of activity around Rosapenna Golf Club.
The morning mist still lingers in the air as greenstaff members climb on their mowers and head out onto the Old Course.
There are greens to be manicured, fairways to be tidied ahead of Day Two of the Irish Legends event. The pin positions for the second round are also on the list of jobs to sort.
Leading the team is Head Greenkeeper, Chris Breen. His staff includes three fellow Ballybofey men who left home shortly after 3am in order to be in Rosapenna in time for their morning shift which runs until the first balls are hit by those in the lead group at 8am.
The work carried out on the course over the weekend keeps the greens staff busy, but since Rosapenna was selected around a year ago to host the Irish Legends tour, they’ve rarely had a quiet week.
Breen said that hearing so much positive feedback from the professionals and celebrities who played at Rosapenna last weekend helps to make all the hard work worthwhile.
“Some of the feedback has been great,” he said.
“We are really proud of what we’ve been able to put on show here.
“The lads on our team have worked really hard to be fair to them. They deserve all the credit that’s coming their way.
“It all started last winter when Paul McGinley came. He made a few subtle changes, he told us the tees he was planning to use. We took out all the old stone paths and artificial paths just to give it a more natural feel. They make a huge difference visually.” 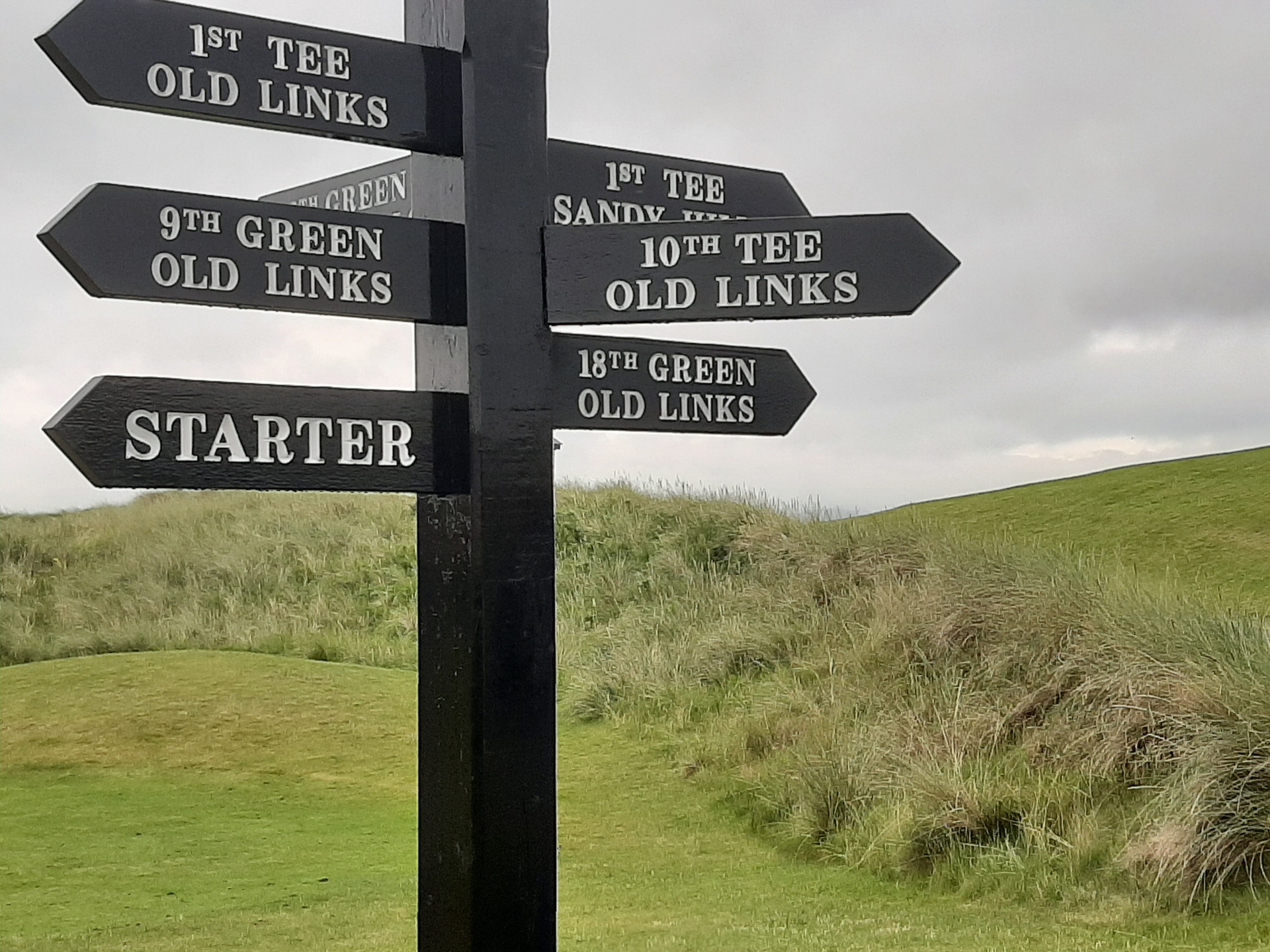 Breen is passionate about his job, and he’s clearly proud of how well Rosapenna’s Old Course was playing over the four days. Thursday saw the event’s Pro-Am where a host of celebrities, including some former footballers were on the timesheet.
At 36, there’s no doubt that Breen could still do a job on the football pitch himself. He had three stints at Finn Harps and loved his time with his home-town club - the highlight coming in the 2004 season when Harps won the First Division title.
But it was when he was playing with Limerick FC that his first steps towards taking up a career working in golf were made.
“I was still playing with Limerick at the time and I didn’t really know what to do with myself to be honest,” he explained. 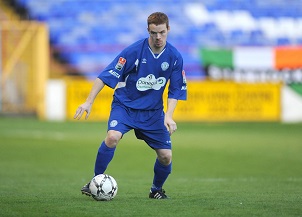 “The football was coming to an end so I went to college in Cork for two years.”
Breen enrolled on Turf Grass Maintenance course at Cork’s Colaiste Stiofain Naofa. His thinking at the time was that he might get a chance to work with football clubs on their pitches.
After graduating, he worked in Sweden for two years, and took up employment with Reading FC in the English championship where he was part of the ground staff at the fabulous Madejski Stadium.
“Going over to England was great and getting to the football was brilliant,” he said.
“But once I started at the golf, I found it much more enjoyable. There is far more variety in the work, it’s not as monotonous.”
He worked in Birmingham on a golf course for a short while, and also worked at Rugby Golf Club, before coming back to Ireland and working at the fabulous Carne Golf Links in North Mayo.
He has taken all that knowledge and experience to Rosapenna and now that he’s living in Carrigart, it looks like he’s there to stay. 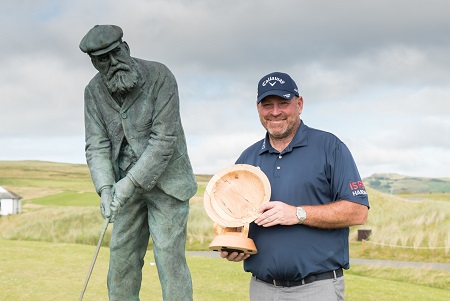 It helps too, that Breen is a very talented golfer and he’s managed to get his handicap down to just 3 from 18 in a short number of years.
Mind you, there hasn’t been much time for golf as he and his team concentrated their efforts on ensuring that Rosapenna was in pristine condition for last weekend’s event.
It meant early morning starts and long hours for the team, eight of whom are former students of Colaiste Stiofain Naofa and their course tutor, Dan Crowley. 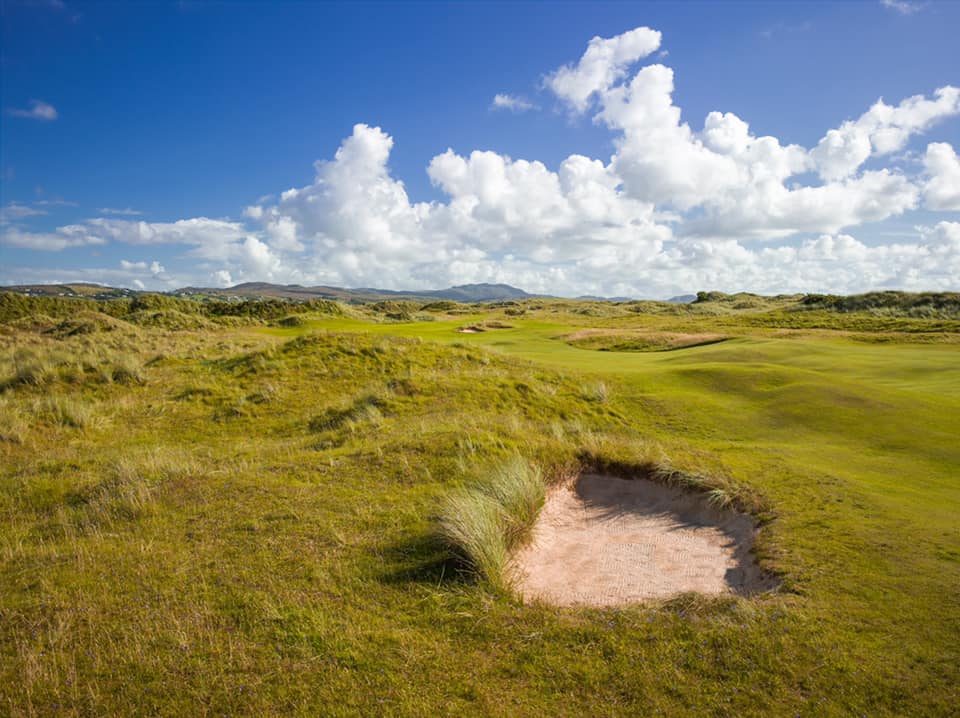 The hope now is that the Irish Legends tour will be the first of many big events to come Rosapenna’s way.
“That’s the aim,” Chris said.
“Hopefully this is just a starting point for events coming here. You always want to try and improve.”
In the meantime the former Harps player is also keeping a close eye on his old team’s ongoing battle in the Premier Division.
His brother Sean is part of the ground staff at Finn Park and Chris was quick to compliment the state of the pitch as Harps beat St. Pat’s last Friday night.
“It was a brilliant result for Harps,” he added.
“It would be great if they could kick on from that and keep climbing the table.”