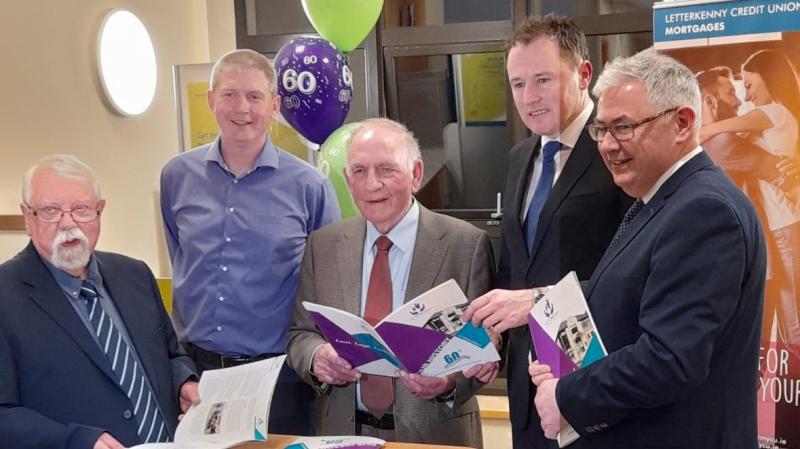 Letterkenny Credit Union marked its 60th anniversary with a celebration on Saturday evening for past and present directors, supervisors, staff, volunteers and representatives of neighbouring credit unions.
Central to the celebration was the launch by Minister Charlie McConalogue of a book titled 'Our History', collated from personal experience and credit union records by current board oversight committee member Ted McLaughlin.
Along with Minister McConalogue, others to address the event included Letterkenny Credit Union chair Ciaran Haran, Letterkenny CEO Gordon Randles and Cllr Jimmy Kavanagh, mayor of the Letterkenny Milford Municipal District.
Ciaran welcomed everybody along, and in particular all those who give or have given their time freely to the dedication of members of Letterkenny Credit Union. 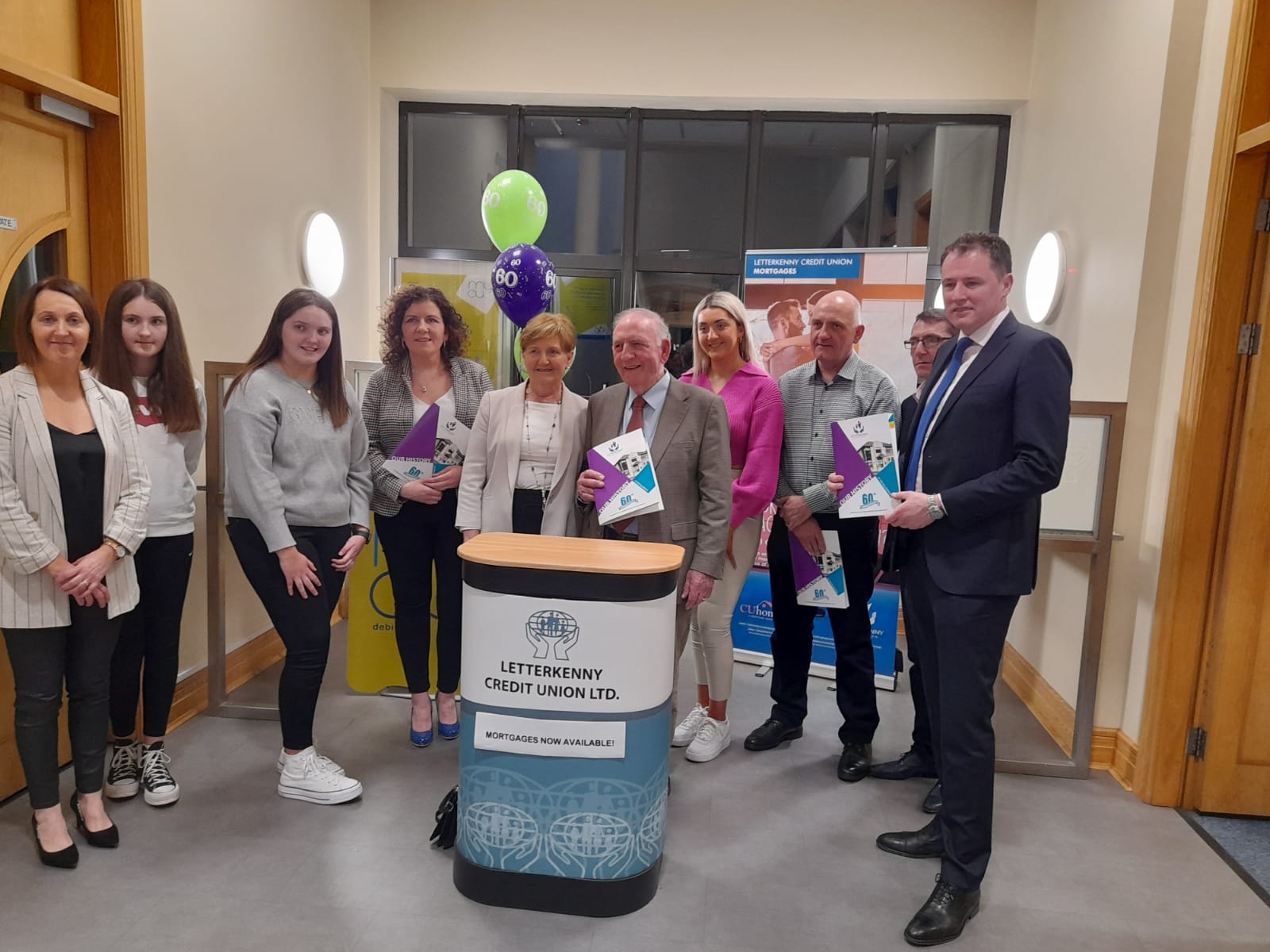 Ted McLaughlin, the author of Our History, pictured with family members and Minister Charlie McConalogue. Included are Ted’s wife Deirdre, sons Philip and Liam and daughter Grainne, along with Philip's wife Maeve and their children Aine, Orla and Cara

He said he was humbled to be following in the footsteps of so many recognisable and respected figures in Letterkenny as outlined by Ted in the listing of serving boards over the 60 years.
CEO Gordon Randles congratulated Ted on the production and referenced the compliance culture of the CU being ingrained in the operations by consecutive boards of directors before the introduction of new regulatory regime in 2012.

Cllr Jimmy Kavanagh congratulated Letterkenny Credit Union on its success in catering for the financial needs of members in the community for the first 60 years. 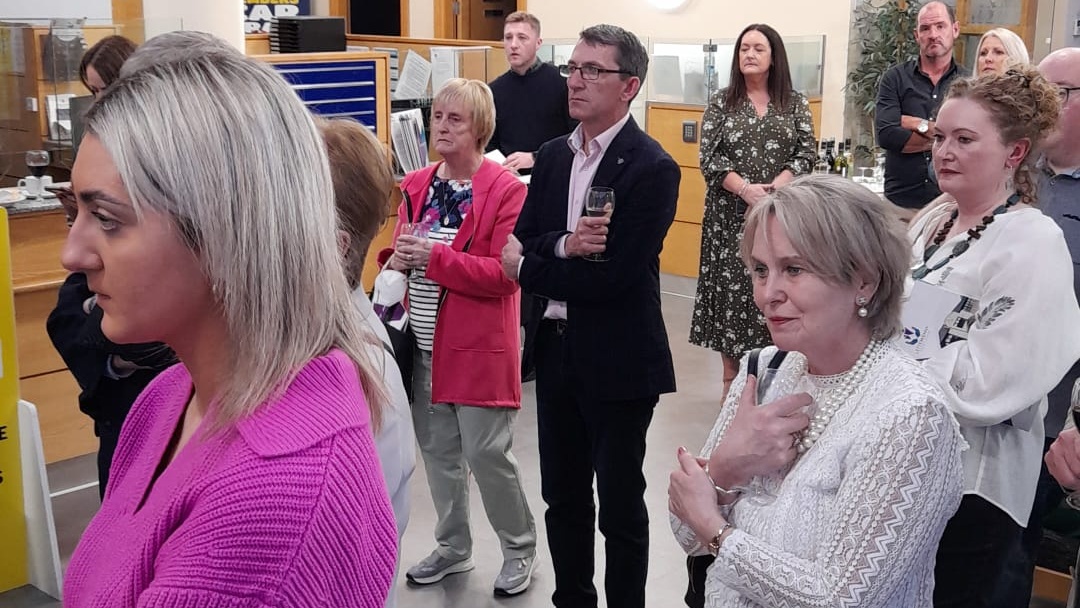 Minister Charlie McConalogue in his speech congratulated all who have made the Credit Union movement a successful financial enterprise providing financial services for its members for 60 years in Letterkenny. The minister outlined that the Credit Union movement has encountered many challenges on the road and especially in recent years with increased Central Bank inspection and regulation.
He acknowledged that the financial co-operatives face a challenging environment but is in no doubt that Letterkenny Credit Union can face these challenges and be a success for another 60 years. 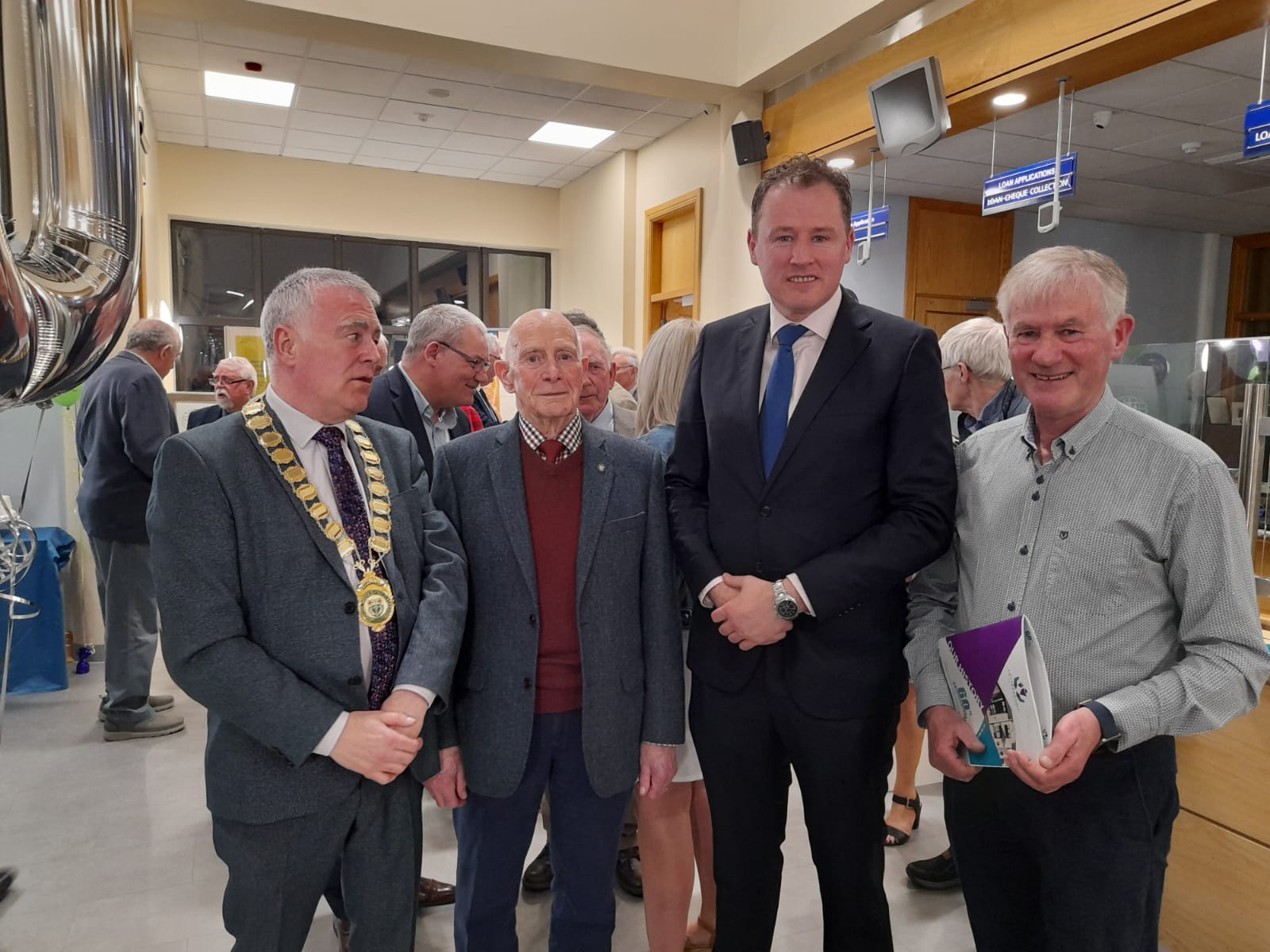 The Minister congratulated Ted on producing a fantastic dossier on the history of Letterkenny Credit Union and acknowledging all those who have contributed to its success.
Ted McLaughlin outlined to all in attendance that the book would not have been produced without the support and promptings of Deputy CEO Gail Griffin who encouraged him to take on recording the history as his “lockdown project” to keep him busy.
Ted always felt that recognition needed to be given to the contribution the founding members and indeed successive boards of directors, volunteers and staff have made to Letterkenny Credit Union. 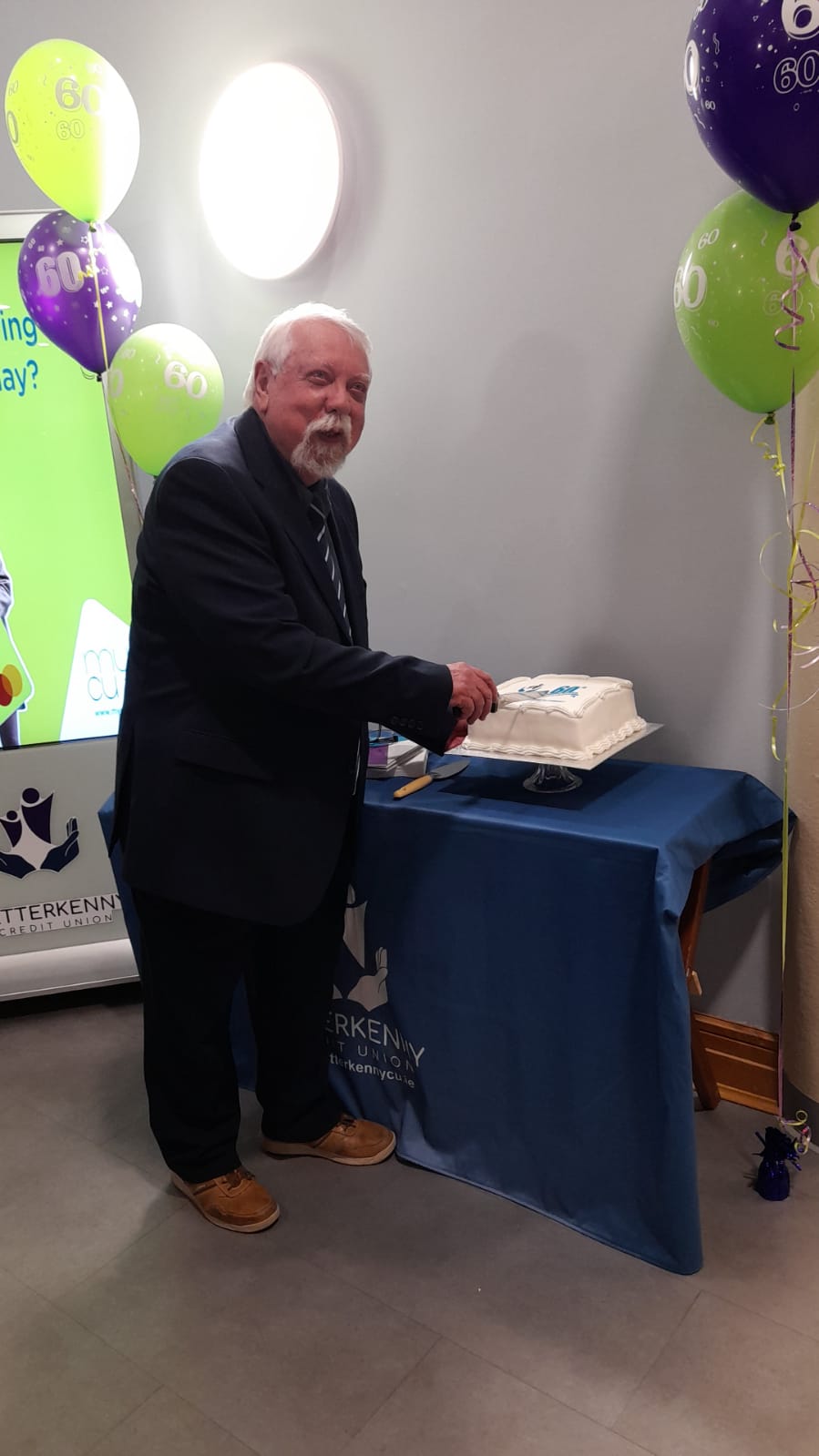 The Credit Union’s success would not have been achieved without their input, he said.
The project was his way of achieving this recognition. Ted thanked all in attendance for supporting the credit union and in particular his fellow Gleneely man Minister Charlie McConalogue for marking the occasion of 60 years of Letterkenny Credit Union.