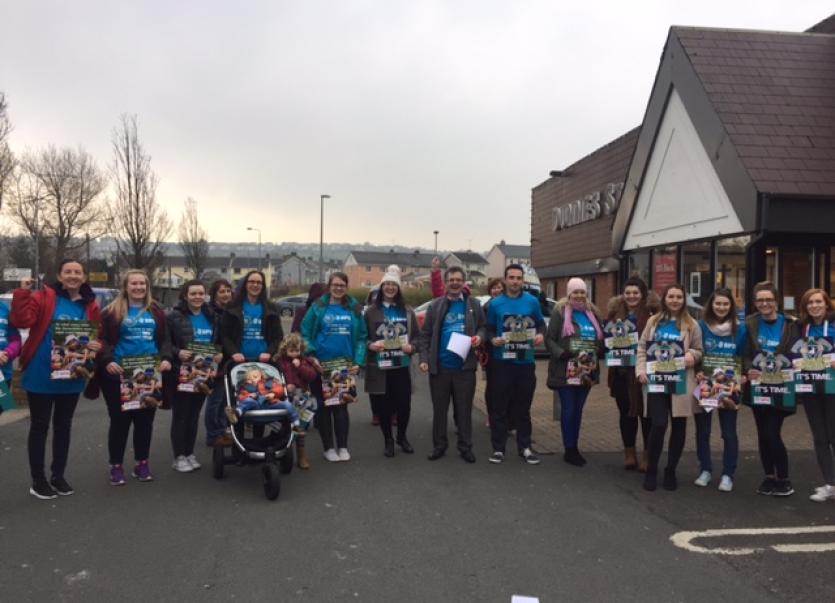 A number of people have gathered in Letterkenny to protest at the offices of local representatives in relation to the lack of funding effecting early education.

The group gathered in Letterkenny at lunch time this afternoon.

SIPTU representative, Martin O'Rourke said: "Basically parents are paying too much money and those who are early educators are not being paid enough. There is a lack of funding in this area."

Parents, children, students from LYIT and qualified child care workers were among those who gathered to protest.

They feel that there area is exceptionally undervalued. They state that early educators are earning an average of just €10.27 per hour. They feel that this sector is facing a staffing crisis as many professionals cannot survive on such wages.

The group delivered personalised Valentine Cards, with notes from parents and workers written on the inside, to local representatives in Donegal on February 14th.