Actor was born in Glasgow to Donegal parents 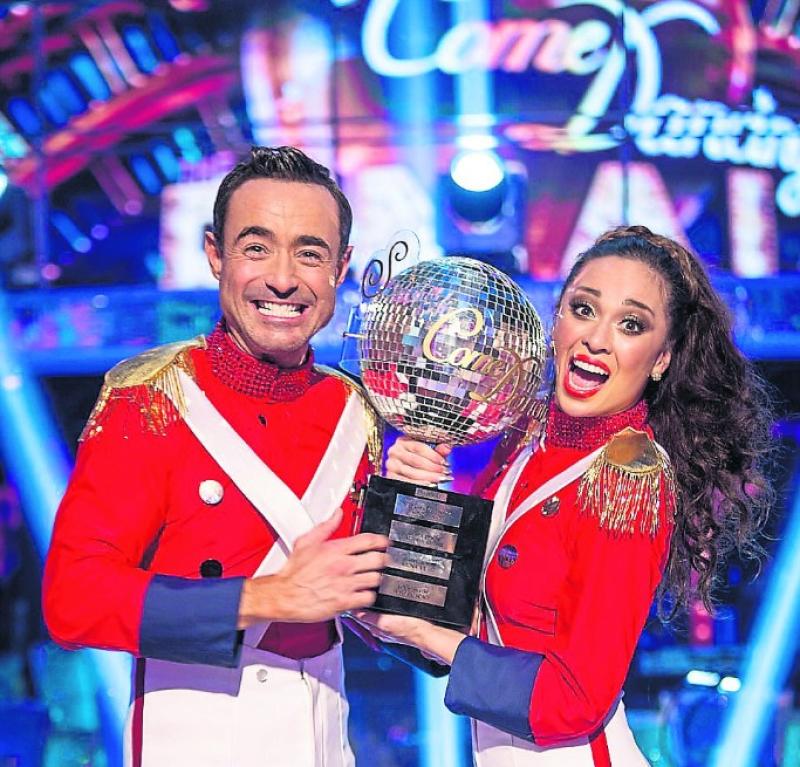 There is pride in Donegal at the success of Joe McFadden who was crowned the Strictly Come Dancing 2017 Champion on Saturday night.
The 42-year-old actor was born in Glasgow to Donegal parents and has been a regular visitor to the county over the years.
McFadden’s father John is from Gweedore and his late mother Frances was from Ballindrait.
The Holby City actor was the favourite going into the final and emerged as winner with dance partner Katya Jones.
Brigid Gallagher, a first cousin of Joe’s father, said she and her family were very proud of their cousin's success on the BBC show.
“We are proud of him surely and his (late) granny in Bunaninver would have been very proud of her grandson,” she told the Donegal Democrat.
“He took his chance and by God he got on well. I was amazed at how great he was. I could not believe how he came on at the end and we are so proud of him.”
Referring to another recent performer on the show she said: “He did better than Daniel O’Donnell anyway.”
Joe’s father John is from Bunaninver and Joe, who has three siblings, was a regular visitor to Gweedore as a child on family holidays. His latest visit to Gweedore was at Christmas two years ago, Brigid said.
“During his time at school he was picked for acting and I remember he was a very small, very good looking boy,” Brigid recalled.
“People were watching the show to see how he was getting on. My daughter would tape it for me when I couldn’t watch it,” she said.
Joe is best-known for playing Italian doctor Raf di Lucca in BBC One drama Holby City.
He made his acting breakthrough at the age of 12 when his drama teacher recommended him for a small role in Scottish crime drama Taggart. He went on to star alongside Judi Dench and Michael Gambon in period drama Cranford and had a long-term role as PC Joe Mason in Heartbeat. He has also appeared in West End shows such as Chitty Chitty Bang Bang and Rent.