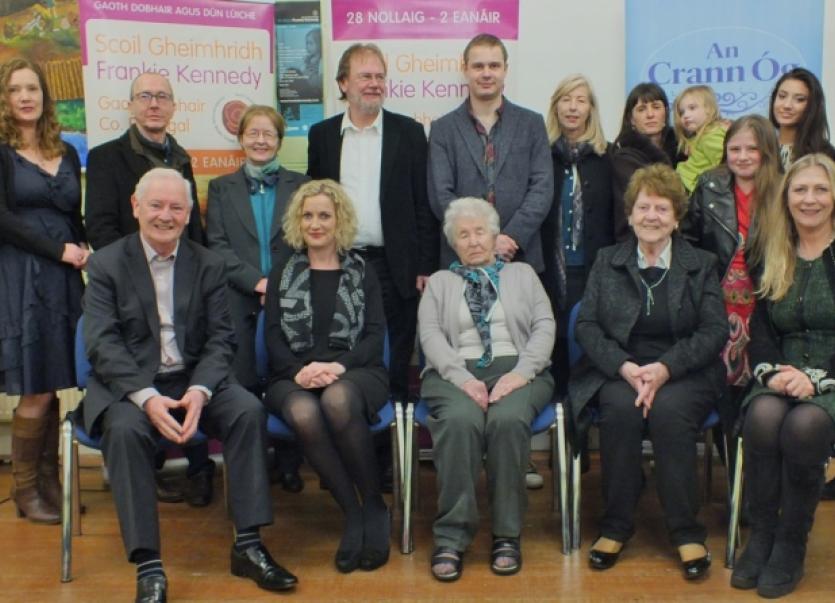 The opening of the final Frankie Kennedy Winter School featured all the elements that have made it a success for two decades.

The opening of the final Frankie Kennedy Winter School featured all the elements that have made it a success for two decades.

There were talented young players dedicated to carrying on their musical heritage, speakers and guests who knew and loved the gifted flute player for whom the school is named and the spirit of welcome that has greeted musicians and music lovers from around the world over the past 20 years.

The school began in 1994 to celebrate the life of musician Frankie Kennedy, who had died of cancer in September of that year. Each year the school has featured performances by some of the most-respected names in traditional music, anchored by the music classes that have been at the heart of the event.

Speaking to the Democrat earlier, Mairéad Ní Mhaonaigh of Altan said she had been “touched and overwhelmed by the amount of goodwill, and how people would travel for this time of year, every year, and just made it a special family time. I think Frankie would have been so proud of it”, though she added, “He would be too modest to accept that it would be in his name.” Frankie and Mairéad married in 1981 and together founded Altan.

Also attending the opening were Frankie’s mother, Agnes Kennedy, Mairéad’s mother, Cití Ní Mhaonaigh, and members of the Kennedy and Mooney families. The local group of young musicians, An Crann Óg, performed. Friday’s opening was held at An Crannóg, Derrybeg, home to the comharchumann that will organise a new winter school next year. Orlaith McBride, director of the Arts Council, opened the event.

“You’re handing on the reins, and I think they’re incredible reins to be handing on,” she said, addressing the Mooney and Kennedy families. In recent years flute player Conor Byrne, who knew Frankie personally, has served as director of the school.

Orlaith said that “every part of this country has its own distinct voice and accent”, and said the culture, “with its local idiom and accent is truly valued”. Noting that the tradition is passed on from generation to generation, she said, “That’s what the winter school is all about”.

She said she was very proud of the council’s association with the festival, and “very pleased to continue to journey with you into 2014”.