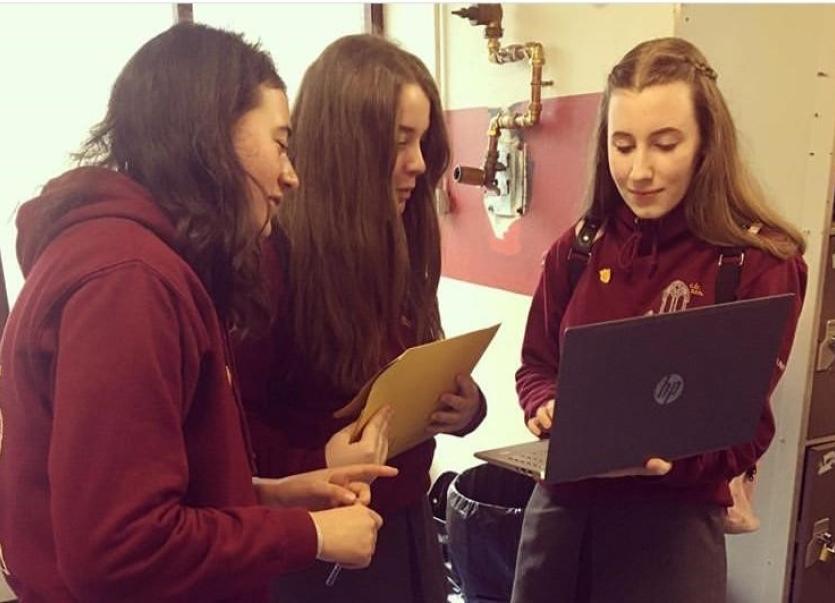 Transition Year students from the Abbey Vocational School (AVS) in Donegal Town have won a Spotlight Award at the Young Social Innovators awards.

Their thought-provoking campaign Keeping Up With Reality aimed to show young people that social media was not real life. It focused on the effects of social media and reality television on young people.

The ‘Keeping up with Reality’ team wanted their project to encourage young people to look past filtered and unrealistic expectations and be happy with themselves and their image.

As part of the campaign they challenged social media influencers to post an unfiltered selfie using #keepingupwithreality. This social media campaign gained fantastic traction across social media platforms and was shared by influencers and members of the public alike,  reaching more than two million people as a result.

This campaign received national coverage and the team were invited on to the Ray D'Arcy radio show and Louise Tighe's show on Dublin's FM104 to discuss their project.

The team also conducted a survey to gauge an understanding of how many students in their school watch reality TV and how they are influenced by it. Their aim is to get people talking about this issue that is prominent in the lives of teenagers around Ireland.

The students held a Bake Sale and a Reality TV show Quiz in school in an effort to fundraise for Cycle Against Suicide.

In the future they plan to create a podcast in which they invite different influencers to discuss their social media experience, the use of filters, photo editing and body image as well as promoting positive mental health. They are also working with three local cinemas in Bundoran, Letterkenny and Lifford aiming to run an advertising campaign before films are shown which would create and spread awareness even further.

From Instagram campaigns to national press, this team has had great success in raising awareness about social media through social media.

Tuesday May 5 would have been the Young Social Innovators of the Year Awards event. It would have seen shortlisted teams from all over Ireland come together in Croke Park to celebrate their amazing achievements and to pitch for the Challenge, and overall the Gold, Silver and Bronze title Awards.

A spokesperson for YSI said: “We always look forward to this event that recognises the work of all of the YSI teams up and down the country that took part in creating change over the course of the year.

“While this was not possible today, we are delighted that, with the help of technology and our panels of independent judges who met virtually to discuss all of the shortlisted projects and decide on our winning teams, we are able to announce the YSI 2020 Challenge and Spotlight Winners.”

Almost 8,000 students participated in around 400 social innovation action projects this year. They recently received feedback, and 33 teams were shortlisted for the awards.

From those shortlisted teams, the Challenge and Spotlight Winners have been chosen, as well as Highly Commended teams.

The spokesperson said: “Congratulations to you all and thank you for all that you have done this year to make a positive difference in the world around you.”