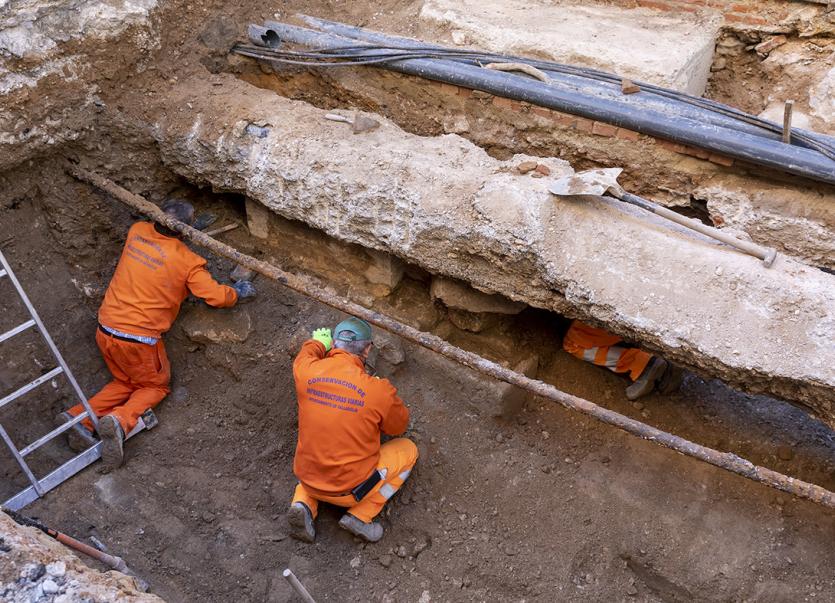 Discovery of wall of the convent of San Francisco where Red Hugh O'Donnell is believed to be buried. PHOTO Cultura Turismo VLL/Twitter

A major archaeological dig is underway to find the remains of Donegal chieftan Red Hugh O'Donnell.

The excavation is taking place in the historic city of Valladolil in the Castille Y Leon region. O'Donnell is believed to be buried in the now disappeared convent of San Francisco.

The Donegal chieftan went to Spain in late 1601 following the famous unsuccessful attempt in Kinsale to break the English siege on Spanish troops. This marked the end of the Nine Years War against the occupying English.

O'Donnell's mission in Spain was to garner further support from King Felipe III. The king promised troops but they never materialised.

In 1602 while awaiting an audience with the Spanish king, O'Donnell died suddenly while en route to Valladolid. He was just 29 years of age. It is believed that he was poisoned by an Irish traitor paid by the English. Such was his regard in Spain that King Felipe ordered a funeral with full honours. O'Donnell was laid to rest in the convent of San Francisco at Vallodil.

As the excavation continues, some bones have been found but they are not those of Red Hugh O'Donnell. Historians say O'Donnell's skeleton will be easily identifiable since it is well documented that he lost toes to frostbite following his escape from Dublin Castle in 1591.

The Franciscan complex in Valladolid was one of the biggest of its kind in the 1600s. But records show that O'Donnell was buried in the Chapel of Wonders, which significantly narrows down the search. Archaeologists have discovered a wall of the convent under the streets of Vallodil which is in keeping with what they expected to find.