Council to investigate designation of Rathmullan as a deep sea port 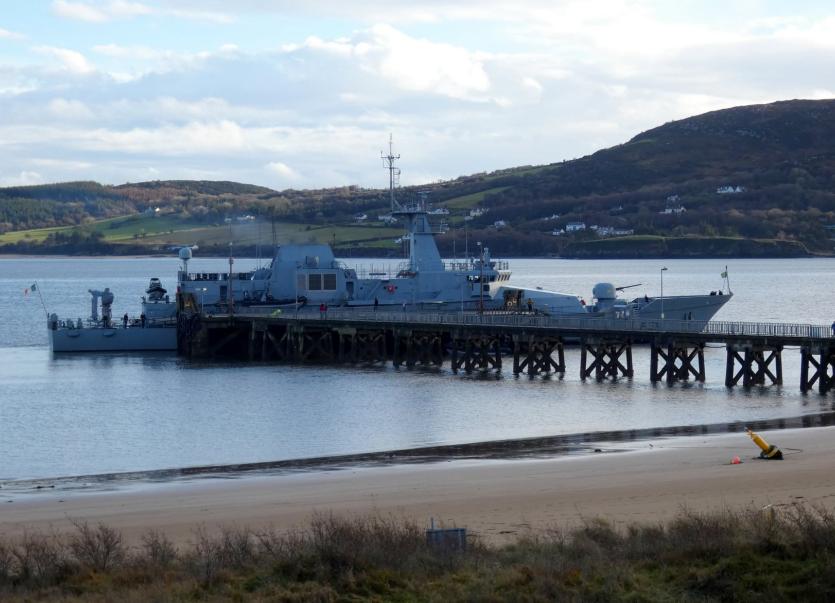 The LÉ Samuel Beckett in docked at Rathmullan last year

Donegal County Council is to examine the possibility of Rathmullan’s registration as a deep sea port for northern Europe and the north Atlantic.

The potential of the port was raised in a motion at the April meeting of the Letterkenny-Milford Municipal District by Cllr Ian McGarvey (Ind).

Cllr McGarvey said Rathmullan is one of the best deep sea ports in northern Europe with depths of 40 ft.

“This is one of the most important ports in Donegal and in Ireland”, he said as he called for the port to be registered as a stop for angling and for tourism vessels.

Rathmullan should be as equally attractive as any port, he said.

He called for the issue to be investigated and something be done.

"It is in the interests of all of us and I think we should be able to work together,” he said.

Cllr Liam Blaney (FF) seconded the motion saying Rathmullan has always been known as one of the deepest natural ports in the country.

In a written response, Donegal County Council said its piers and harbours section will investigate the port status process and requirements that Rathmullan would need to meet to be considered as a deep sea port for northern Europe and the north Atlantic.