Locals hit out after removal of ATM at closed Donegal bank 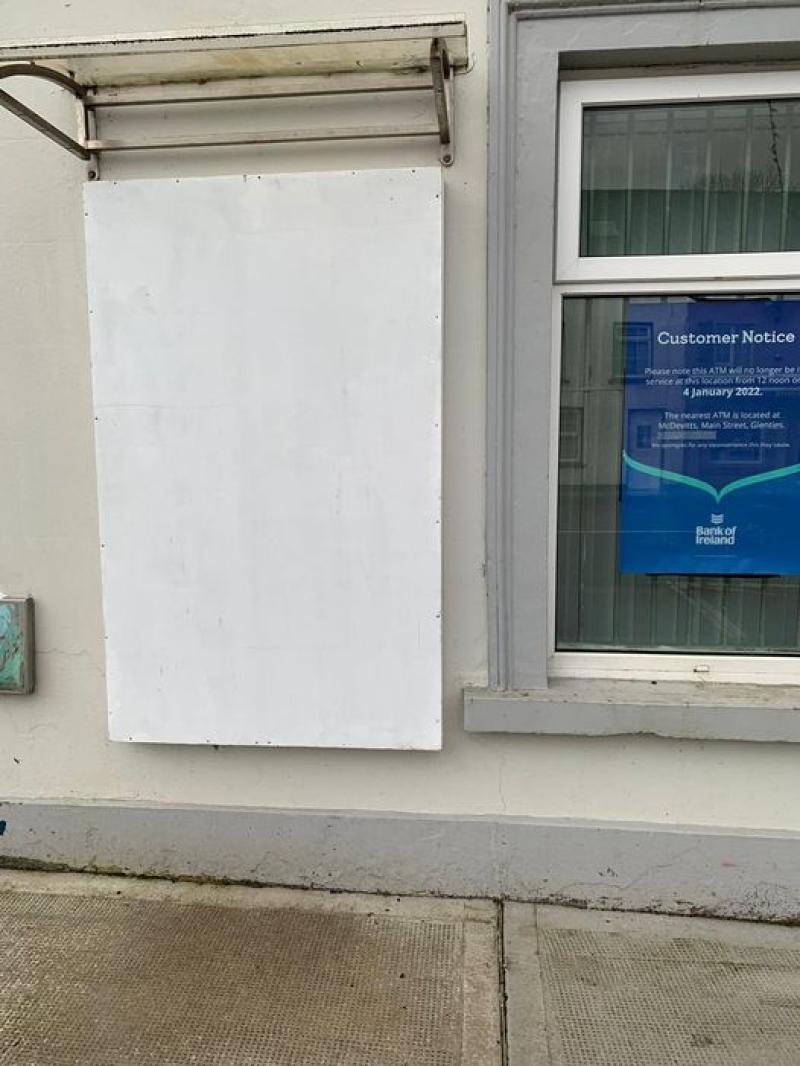 Locals have hit out after the Bank of Ireland removed an ATM in Glenties from the closed bank branch in the town.

The ATM was discovered removed on Tuesday and the  Glenties Community Development Group says the removal was done without any prior warning.

The branch on the town’s main street was one of five across Donegal that was closed in October.

Chair of the development group Bran Carr said the group understood a commitment was given by the bank that the ATM would remain in place until the bank established another in the town.

READ MORE: A graduation with a difference for Donegal mum and daughter

The group says it is also seeking information from the bank on its plans for the bank building.

There are ATM facilities in the town at Bows and Wreaths and Gala at Glenties Services.

A spokesman for Bank of Ireland told Donegal Live that the closure of a branch “generally includes decommissioning the ATM at the time of closure”.

“In Glenties, we retained our ATM beyond the branch closure date pending the arrival of an alternative Euronet ATM to the town, which was installed on Main Street in December," he said. "Our partnership with An Post also provides over the counter cash withdrawal for customers.”