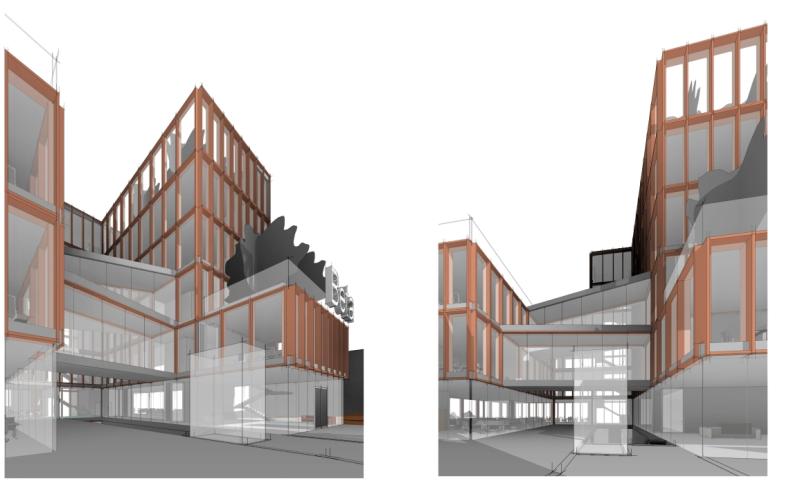 Donegal County Council has approved the construction of two multi-million euro enterprise and innovation centres close to the centre of Letterkenny.

The Alpha and Beta buildings are to be built on the former ESB site between Pearse Road and Port Road.

The plans would see the demolition of the former ESB retail and office premises on the 1.1-hectare site and the construction of a new 1,620 square metre building and a 4,000 square metre eight-storey building.

Both buildings will include office space and research and development facilities.

The development has been planned in consultation with IDA, Enterprise Ireland, LYIT and Letterkenny Chamber of Commerce.

Approval for the development was granted at a special meeting of the county council on Thursday. Councillors were told no objections have been lodged to the plans.

The proposed development has been welcomed as a “game-changer” for the town which will create jobs and help local businesses.

Letterkenny Fine Gael councillor Jimmy Kavanagh said the development addressed key issues and objectives for the town and was a “big statement of intent for Letterkenny”.

Council called on to establish mica helpline and advice clinics

Cllr Gerry McMonagle (Sinn Féin) said the plans are “ a game-changer” and set “the tone and the way forward for the future of Letterkenny”.

Independent councillor Michael McBride said the development is in an area of the town that has been “disconnected from parts of the centre of the town”. It will, he said, help businesses and create more footfall.

Fianna Fáil councillor Donal Coyle said the project is “a fantastic opportunity” for the town.

Cllr Ciaran Brogan (Fianna Fáil) said the project will enhance the north-west region and congratulated the council on doing “the spadework and the heavy lifting”. Independent councillor Kevin Bradley said the area “has been sitting dead for a long time”.

Cllr Donal Kelly (Fianna Fáil) described it as “a fantastic project for Letterkenny” which will bring benefits that will be “absolutely second to none”.