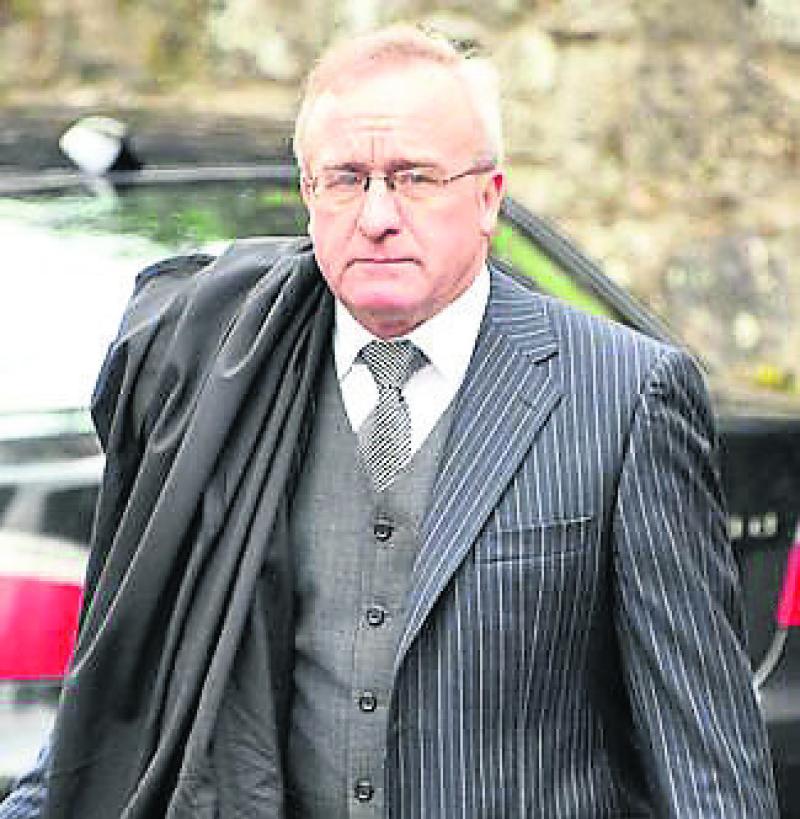 A Letterkenny-based businessman has appeared at Ballyshannon District Court earlier charged with human trafficking in Sligo.

41-year-old Sorin Corpaci, Fortwell Court, Letterkenny is charged that on dates between May 28th, 2015 and December 9th, 2015 at Carwash, Pearse Road trafficked a female contrary to section 4 (1) and (7) of the Crimianl Law (Human Trafficking Act) 2008.

Judge Kevin Kilrane (pictured above) asked if any money had been seized in connection with this matter and was told that this was not the case.

Superintendent Colm Nevin told the court the defendant was a “substantial businessman” and had a car wash business.

The court released the defendant on a 2,000 euro cash bail which was produced in court.

He was to sign on at Letterkenny Garda Station three times a week, on Monday, Wednesday and Saturday from 9 am to 9pm.

And he was to have no contact with any potential witnesses or the alleged victim and he had to surrender his passport.

The court was told the defendant’s current passport had expired.

The defendant told the court that he had not been in Romania in seven years.

Judge Kevin Kilrane released the defendant on bail to July 13 to Sligo District Court for the preparation of a book of evidence.

He imposed a reporting restriction on the identity of the alleged victim.