The charity barn dance last year drew up to 1,500 people 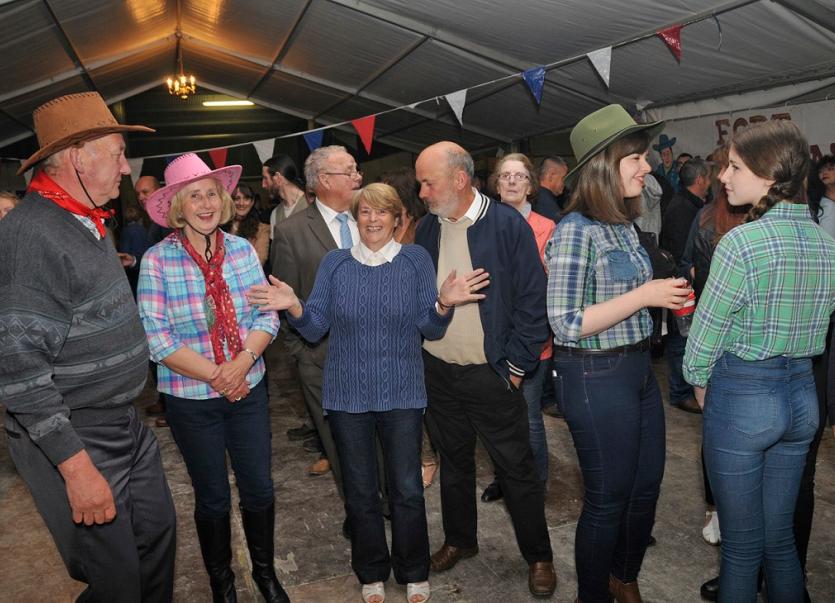 Organizers of a charity barn dance this weekend are preparing for big crowds on Saturday, if last year’s successful event is anything to go by.

Up to 1,500 people danced the night away last year, when the Toye family organised a barn dance to support local charities.

“We had people from every corner of the community,” Colleen Toye of Ruskey, Manorcunningham, said. “It was a fantastic atmosphere, and just a lovely atmosphere to be in.” Colleen and her husband, John, are the main organisers of the festive event, with great assistance from John’s mother, Madge Toye. The couple’s eight children also pitch in, Colleen said.

This year’s barn dance will kick off this Saturday, August 19th, at 9pm, in Ruskey. The event will be signposted from the Manorcunningham roundabout, just off the dual carriageway to Letterkenny.

This year’s event will raise funds for St. Columba’s and the buildings funds of Ray Presbyterian Church in Manorcunningham and St. Eunan’s Church of Ireland Cathedral in Raphoe.

“It was such a community event last year that we said we have to widen it out,” Colleen said. She said when they decided on this year’s beneficiaries, “We wanted to try to involve as much of the community as we could.”

Music will be provided by David James of Killea and David Craig of Inishowen. Tickets are €17.50 and include food, provided by Clive Johnston, fresh food takeaway.

The event is spread across several sheds on the property, with the main shed dressed with tables and chairs, and used for refreshments and relaxation. A large marquee with a wooden floor was being set up this week to accommodate the dancing.

There will be spot prizes, a raffle and an auction on the night. An electronic board on site identifies sponsors and the items and services and even livestock that are coming up for auction, adding to the buzz of the evening.

Colleen said the family was still overwhelmed by the generosity of people at last year’s barn dance.

“We did not expect it,” she said. “We had been preparing for 600 to 700 people and the crowds kept coming and the cars kept coming.

“It was lovely now, and it was daunting as well,” she said. “But it was brilliant and it was great to raise that kind of money.”

She said it was the generosity of people that made it a success.

“We just provided the function area, but it was the people who came and who were so generous,” she said. Here’s an example: Someone bid more than €300 for a bottle of wine at the auction, “and gave it with a heart and a half,” she said.

She said the barn dance also brought the community together.

“There’s not a lot of events like this that the whole community can come to,” Colleen said. “Last year there were a lot of people getting together who hadn’t seen each other for so long - it was like a real catch-up for the community.”

John’s parents greeted guests as they entered, and people also spoke later about how welcome they were made to feel.

Colleen said the large crowd at last year’s barn dance underscored how close-knit the community is.

“Everybody was there and it was lovely,” Colleen said. “It was lovely to see.”