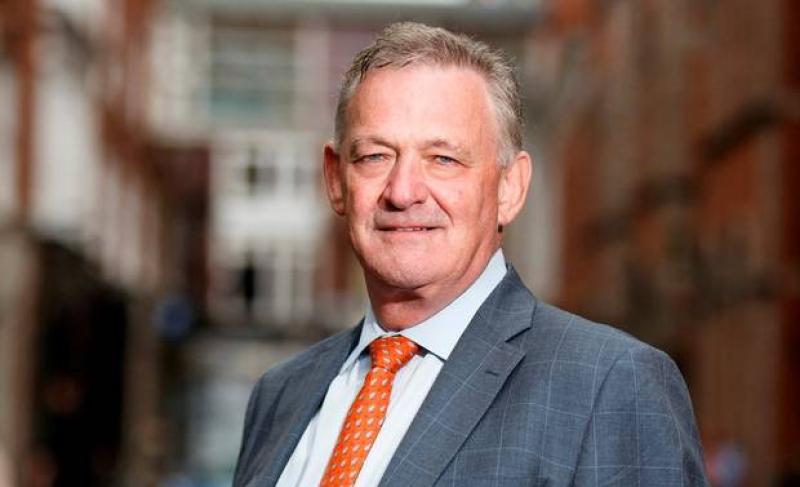 Peter Casey has confirmed that he will be running in the general election in Dublin West as well as in Donegal.

The independent candidate said he will be running in the taoiseach's constituency to give voters the “opportunity to register their objections to Leo Varadkar”.

The 62-year-old submitted nomination papers on Tuesday morning at Letterkenny’s courthouse to contest the election in Donegal before travelling to Dublin to submit papers to stand there.

Mr Casey, who was runner up to Michael D Higgins in the 2018 presidential election, denied that running in Dublin is disrespectful to voters in Donegal or that it is due to a personal grudge with the taoiseach.

Leo Varadkar had asked the public to send "a very clear message" to Mr Casey during the presidential election following comments the Derry-born businessman made about the Traveller community.

“I really think Leo Varadkar will go down as the worst taoiseach in living memory if you look at the things he has presided over,” he said.

“Leo Vadrakar went out and told people not to vote for me in the presidential election, which is borderline unconstitutional.

“I really want to make sure that I can do anything at all to make sure he is not elected taoiseach. It's nothing personal. I don’t know the man personally so it is not personal.”

He said he will not be canvassing in Dublin and his priority is to be elected in Donegal.

The main reason for standing in the election is to bring more jobs to Donegal, he said.

“My main reason for standing is to try to bring jobs to Donegal. I’ve been able to bring two companies to Ireland from America but I couldn’t get them to come to Donegal - they set up in Dundalk and Drogheda. We need to make it so that companies want to come and set up in Donegal.”

Mr Casey said the election in the five-seat Donegal constituency “is going to be tight”.

“There is a whole change in the dynamics of voting though. I don’t know if people necessarily vote for the person who attends the most funerals. People want to vote for someone who will get something done. I am someone who gets things done and that’s what I do in my business.”

Mica, the health system and the carbon tax are the biggest issues he is hearing on the canvass.

The issue of mica would be a priority if he gets elected, he said.

“In Inishowen mica is huge. It has an emotional toll.

“That has to be sorted out in the first 90 days of getting elected and I will not go into any coalition or alignment or lend support to any government party unless they commit to sorting out mica.”