Plenty of reasons for hope this May in Donegal - but ignore the Scaraveen at your peril!

The harsh month of the cuckoo and other folklore 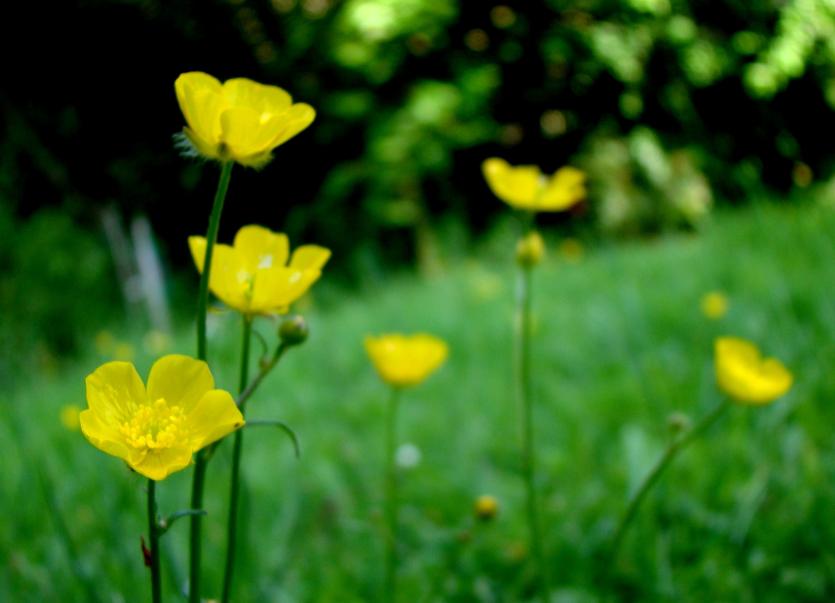 When the schools closed two months ago and businesses followed suit in the ensuing days, time seemed to stand still. The last two weeks of March went on forever. The consistently good weather added to that effect.

And then, just like that, it was May. April was gone in the blink of an eye. After a few days of more unsettled weather and some much needed rain, the leaves burst forth on the trees and here we are, close to our first steps out of lockdown and into a new season.

There has always been something special about May and with the potential easing of restrictions, it feels particularly hopeful this year.

It is a definite turning point weatherwise, often bringing the finest sunshine of the year. But it can be deceptive too, with plummeting temperatures catching out many a gardener. There are still days when we need the fire in the evening, or a bit of extra running time for the central heating.

This period of changeable weather even has its own name. The Scaraveen runs from mid April to mid May. The evocative term comes from the Irish ‘is garbh í mí na gcuach’ meaning ‘harsh is the month of the cuckoo.’

We are all familiar with the old saying, ne’er cast a clout ‘til May is out. Being someone who is much more comfortable in short sleeves except in the coldest of weather, I hear it often! There is some debate over whether this is a straightforward warning about the aforementioned deceptive weather, or if it has more superstitious origins. Some say it is tied in with the hawthorn, the blossom of which is also known as ‘may.’ The hawthorn has strong links with superstition in Ireland, in particular a free-standing tree in the middle of a field. It is considered bad luck to remove these fairy trees and despite us living in more enlightened times, many still stand untouched today.

Indeed, May was believed to be the time when fairy folk were at their most active and mischievous and people went to great lengths not to cross them. Such precautionary steps included shouting a warning before throwing dirty water away in case there was a fairy or spirit hiding in the area.

When I was growing up, my mother had a tradition of throwing mayflowers onto the roof of the house on the eve of Mayday. I can only assume this was not a Donegal tradition as I don’t remember anyone else doing it. My mother hailed from Monaghan and her mother from the north east of England, so I’m not sure of the origins of this tradition. In some parts of the country people take a May branch into the house, while scattering primroses at the threshold is also common practice in other places. These various flower traditions were each thought to protect the house.

Flowers also feature in Christian celebrations at this time of year. I can remember arriving to school with a posy of late primroses and daisies gathered at the roadside while waiting for the school bus. These were placed - along with other pupils’ offerings - on the classroom May altar.

May is certainly a time for optimism this year as the most stringent phase of lockdown comes to an end. Flowers symbolise new life and hope, but also play a part in remembering those who sadly didn’t make it through this crisis.

So let us not think that a single ray of light means the dark days are over. We need to tread softly, take nothing for granted and keep looking out for each other.