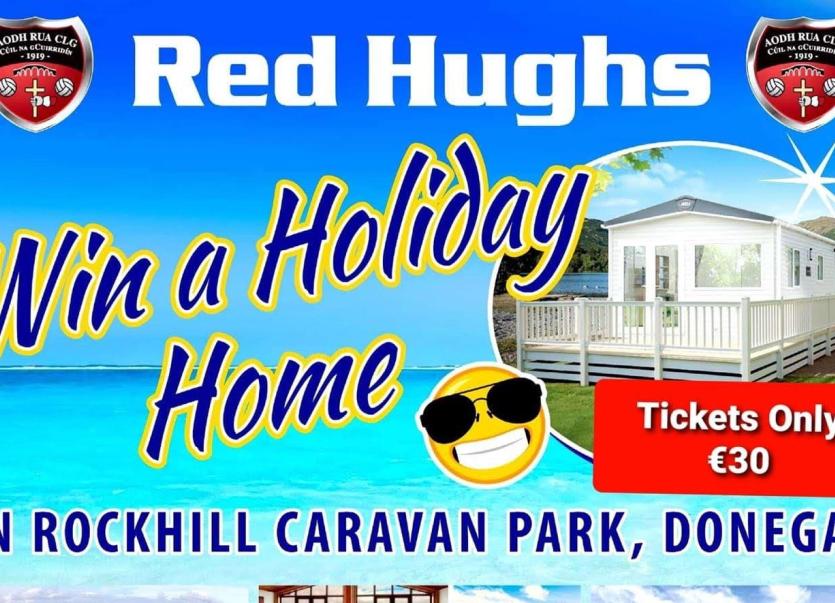 Red Hughs have announced details of a club development draw that features a first prize of a luxury holiday home at Rockhill Holiday Park in Kerrykeel.

Tickets are €30 and available from club members, Bradley’s Shop or Topline McCreary’s in Killygordon, or online at www.winaholidayhomedonegal.ie

Last month Donegal Live reported that the club is planning to undertake significant investment to develop its grounds.

The club is hoping to erect floodlights at their ground and to build a “three-bay covered stand” as well.

The club also intends to erect a covered training area at the upperside of the clubhouse, and also has plans for the “development of a running track and standing area” around the perimeter of its pitch at Monellan, Gleneely (Killygordon).