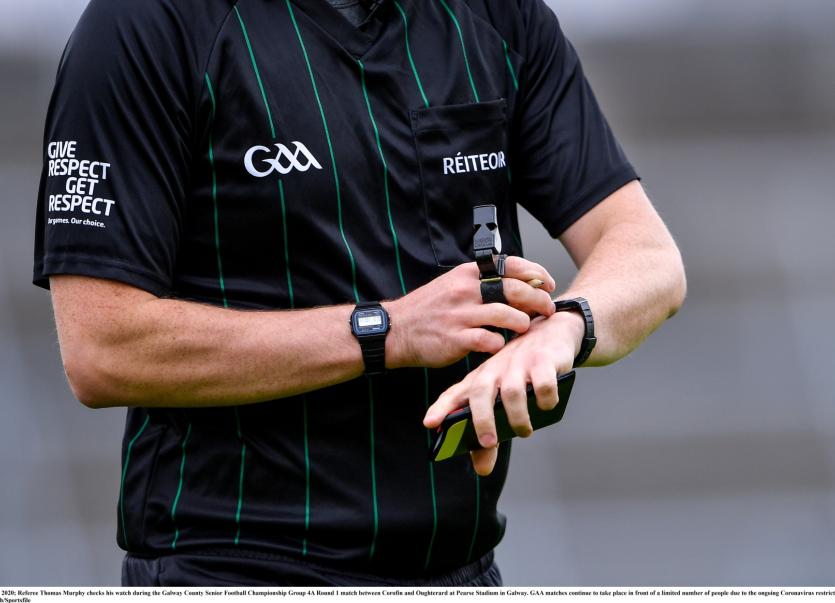 Termon had to be happy with a share of the All-County Football League points with Milford after the referee declared a draw on a damp and dreary evening at the Burn Road.

That was what Shane Toolan’s note book showed at the end of 60-plus minutes of an evenly contested Division Two encounter.

The two media reporters at the game had it Termon 1-13 Milford 1-12. And that was what Termon stats man also had - a one point win for the locals.

In fairness to the referee, the man on the electronic scoreboard, a Termon official also had it a drawn game, at 1-13 each.

So for now, the results stands. And given the closeness of a highly entertaining encounter played in a good spirit and  on a slippery sod, a draw was probably a fair enough result.

The one thing there was no dispute on was the half-time score. Everybody was in sync on that. Termon led by a point 0-9 to 1-5 after coming from four points down at the start of the second quarter.

Darragh Black pounced for the Milford goal shortly after the first water-break.

This opened up a four-point advantage for the visitors. Termon, with Ricky Gallagher and Jack Alcorn taking a grip in the middle of the park and Ryan McFadden and Daire McDaid in sparkling form up front, rattled off five unanswered points to go in one up at the short whistle.

But with Cathal McGettigan and Christoper Barrett foraging all over the park, Milford resumed with four points to lead by two again, 1-10 to 0-11 by the second water-break.

But a super Ricky Gallagher score with a little over 10 minutes left on the clock restored Termon’s two point lead once  more.

A minute earlier the in-form Ryan McFadden had cut the Milford lead to one.

In the closing minutes, Conor Coll and Matthew McLaughlin, either side of a McFadden close in free, kept the put boiling. It was not until the official declared a final score of 1-13 each was it realised  McLaughlin’s point was the equalising score.