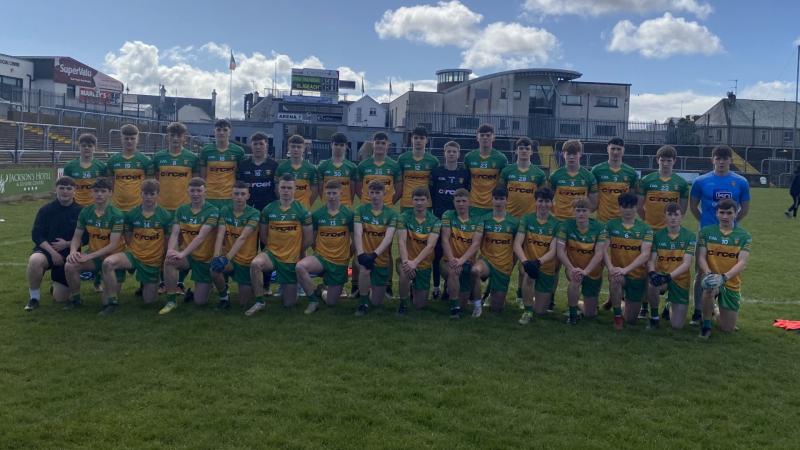 The Jim McGuigan U-17 Cup meeting of Donegal and Sligo was put in perspective with the passing of Red Óg Murphy.

A minute’s silence was held beforehand for Murphy, impeccably observed for the footballer from Sligo’s Curry club. Donegal, thanks to four points apiece from Karl Joseph Molloy and Daithi Gildea came from a deficit of 1-4 to 0-4 shortly before half-time to kick the game’s last eight points with Sligo not registering in the second half. 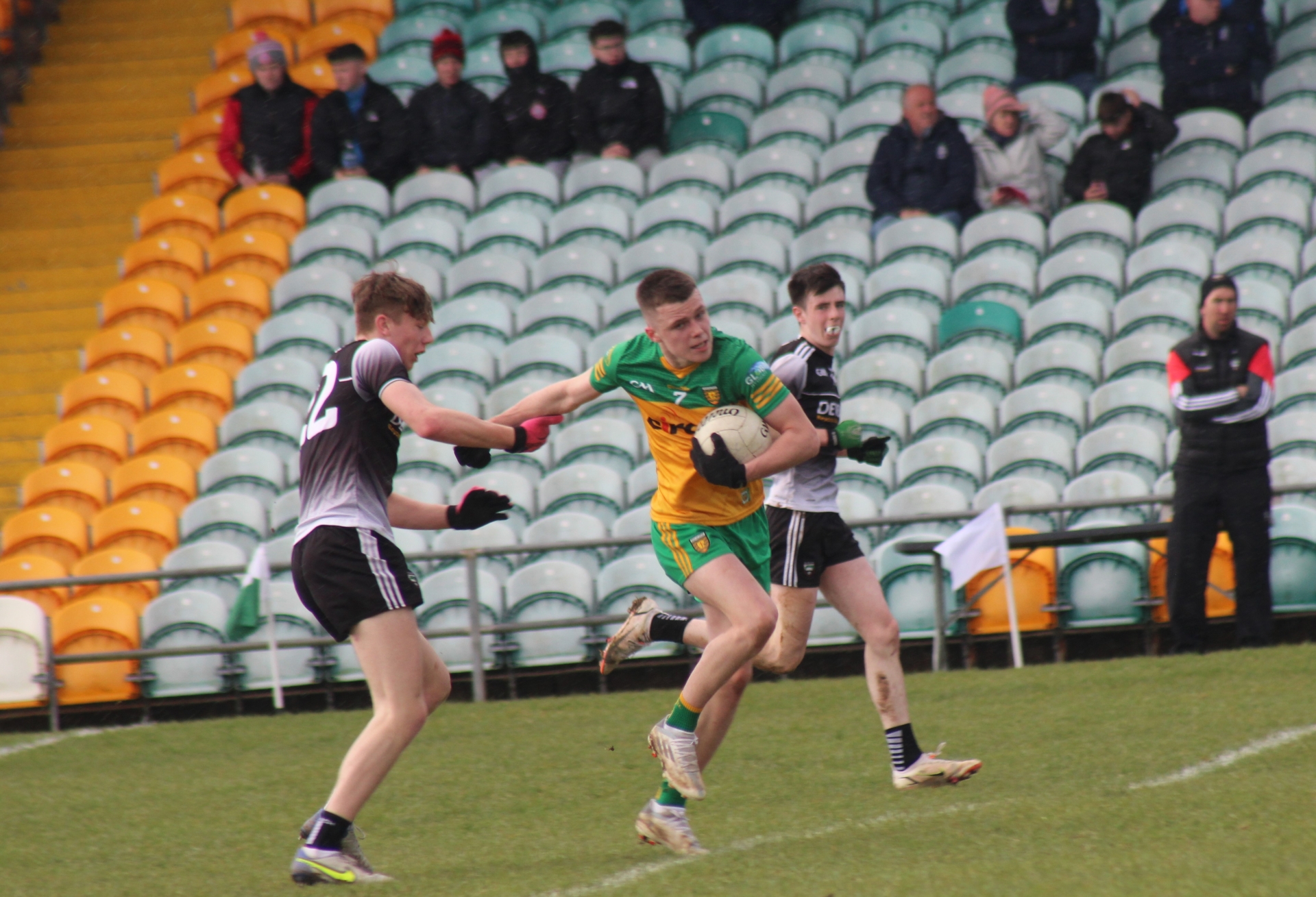 Having beaten Fermanagh and Derry, either side of a loss in Cavan, Donegal’s chances of reaching the final weren’t completely gone. However, with the tills counted after last orders it was Derry who proceeded with the better score difference.

With only one team qualifying for the final, Sligo knew this would be their last league outing having beaten Fermanagh and lost out to Derry and Cavan. They’re opening the Connacht U-17 Championship against Galway on April’s last weekend.

The contest was tepid enough and it was the visitors who went in at half-time with a decent advantage of 1-4 to 0-5. Donegal had led 0-3 to 0-1 with Sean Martin, Gildea and Molloy scoring. 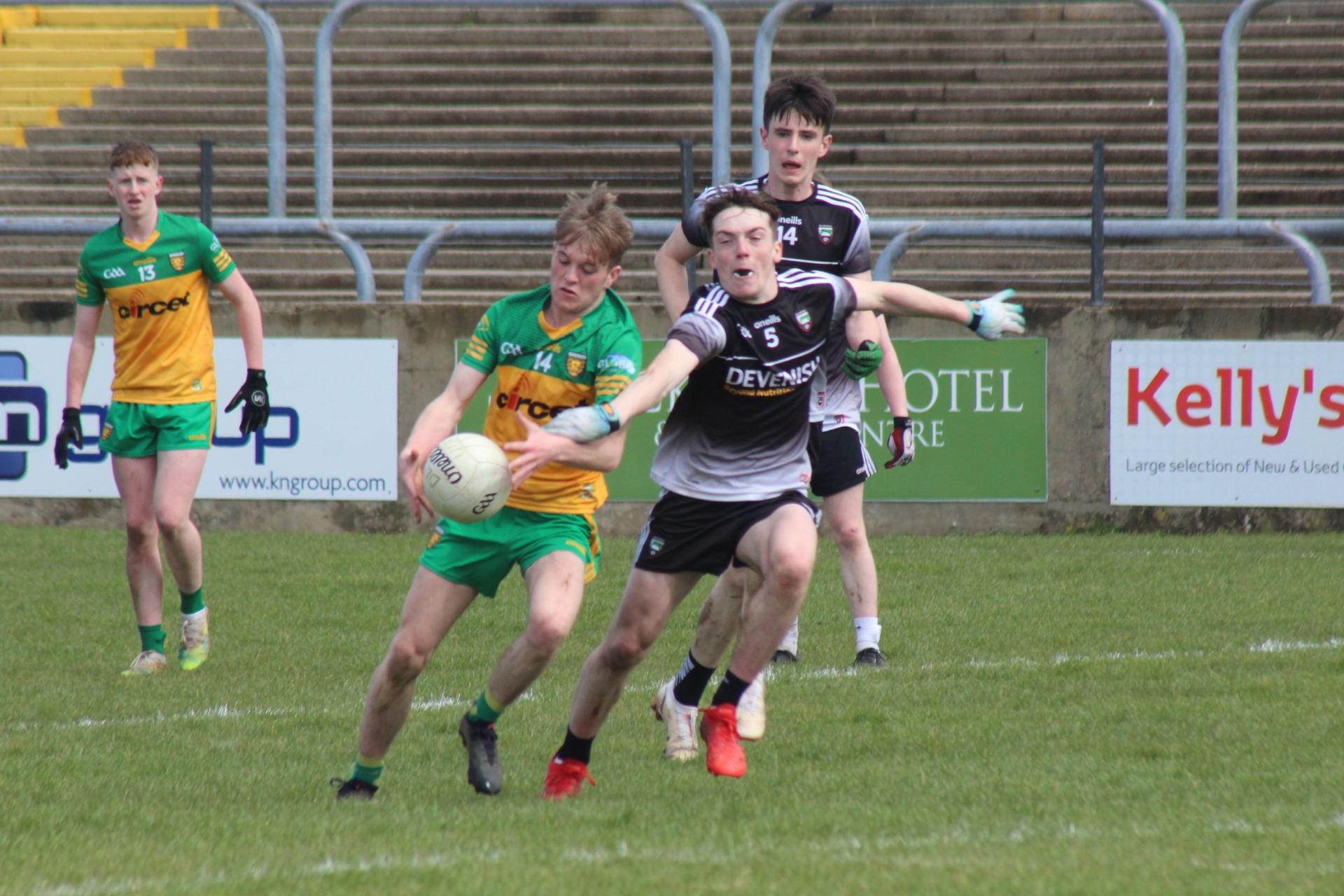 Sligo’s Ronan Niland scored three first half points and had a hand in the opening goal, having won a kick-out from JP McGuinness and setting Eli Rooney in to round the Donegal goalkeeper and shoot home on 20 minutes.

Ronan O’Hehir, the Sligo corner-back, bombed forward to stike over the best point of the half to give his team a two-point interval lead. The trend of the first spilled into the second and in the third quarter, there were only two points scored, both for the hosts, with Gildea and Molloy adding to their first half points to level the match at 1-4 to 0-7.

Watch: Tobin glad to get over the first hurdle in Ulster U-20 championship

Eleven minutes from time, Conor McGinty edged Luke Barrett’s team in front, with Sligo failing to add to their good first half work. Gildea, with seven left, scored a crisply-struck long-range free and Molloy, Donegal were 0-10 to 1-4 to the good.

Gildea and Sean McLaughlin, late on, hit Donegal’s sixth and seven on the bounce to seal the five-point win and a conclusion to the league campaign. So, in their last outing before their Ulster U-17 Championship, where they must await the winners of the preliminary round tie between Down and Fermanagh. 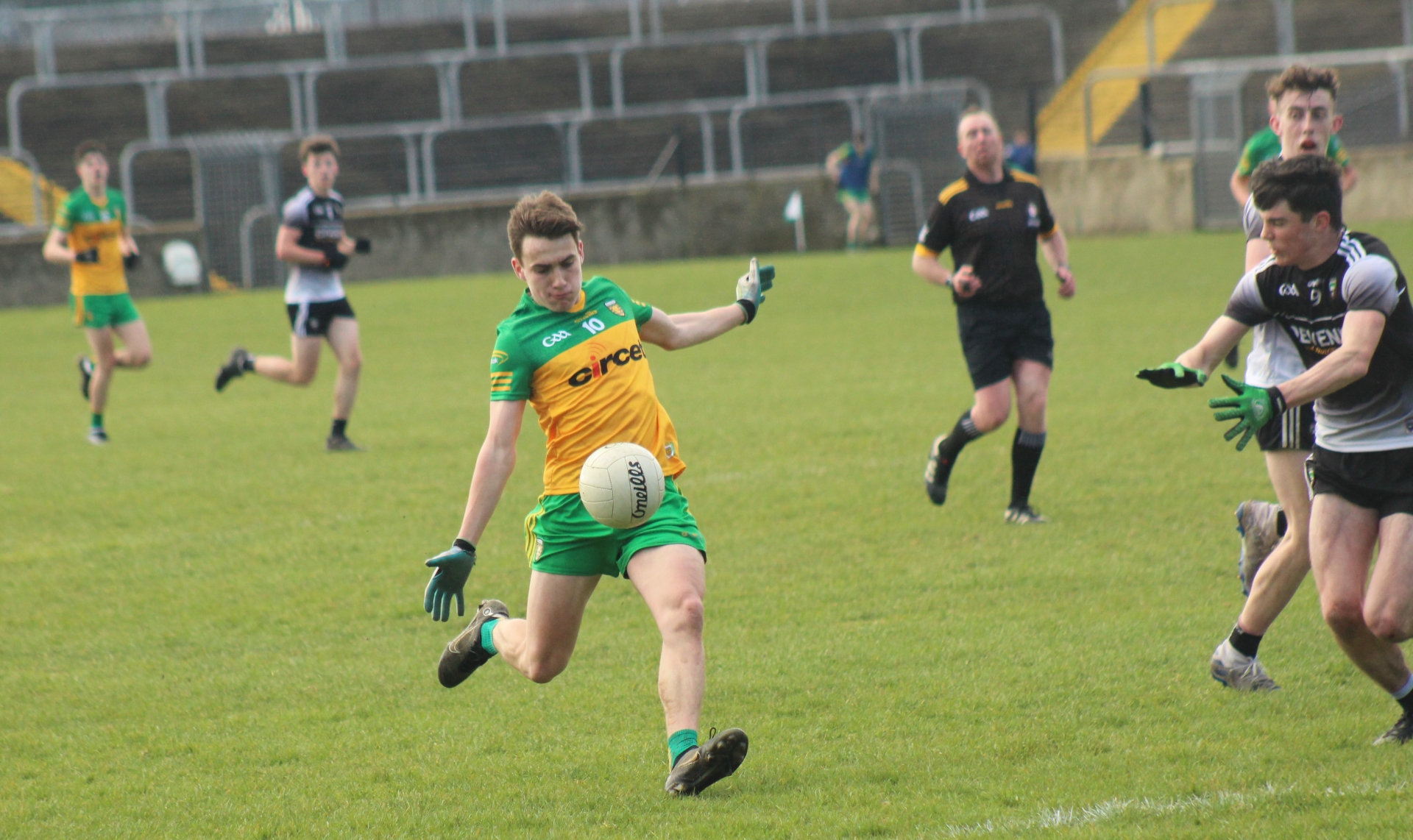