Mogan: ‘We knew at half-time that there was a lot more in us’ 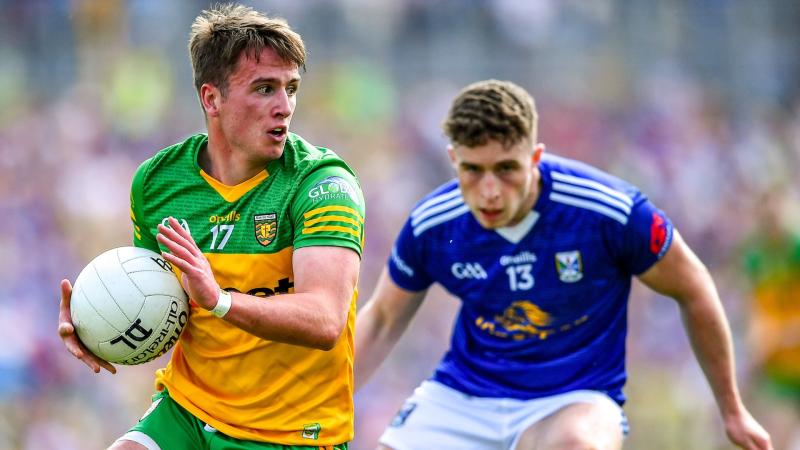 Donegal might be appearing in a 10th Ulster final in just 12 seasons - but for Peadar Mogan there’s a chance to win the Anglo-Celt for the first time.

Declan Bonner’s side were 2-16 to 0-16 winners over a stubborn Cavan team in the semi-final in Clones on Sunday and now take on either Monaghan or Derry in the final on Sunday fortnight.

Declan Bonner's side overcame the Breffni County on a 2-16 to 0-16 scoreline at St Tiernach's Park and now have an Ulster final to look forward to on Sunday, May 29

The flying Mogan is a modern-day version of the great Martin McHugh in his prime as he dips those shoulders and fillets defences and has a very cultured left foot as well.

And he landed a superb crucial point at a critical period when it was badly needed in the second half. Mogan is adamant that Cavan are clearly a team of Division 1 quality as they showed after a titanic battle in the Clones sun. 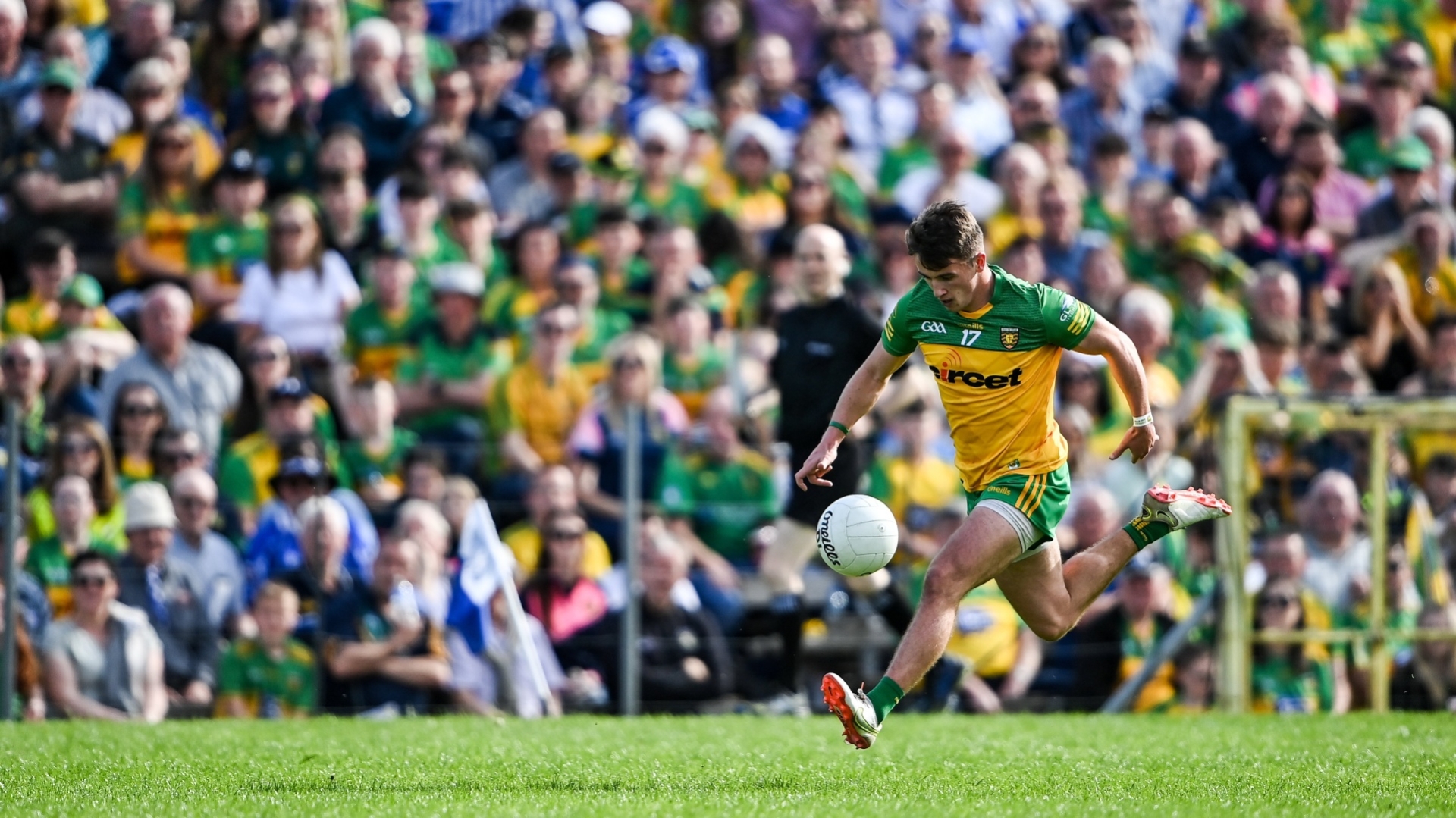 “Cavan are a really good championship team, and you can see by the results they have had in the championship over the years,” the St Naul’s clubman said. “Irrespective of what division they are in it does not do them justice and they are clearly of Division 1 standard after that display today especially the way they played in the first half and we are just happy to come out with a win here.

And there was a bit of Lady Luck with both of Donegal’s goals, which were eventually finished off by Conor O’Donnell and then Patrick McBrearty from skewed balls in by Jamie Brennan and Niall O’Donnell respectively.

“You take your wee bit of luck, and both were mis-hit shots, but we will take it and we are just glad to be in an Ulster final and that is all that matters,” Mogan added. “They came out and they played the game at a frantic pace, and we were lucky and just weathered the storm and came back to be level at the break.

“We knew ourselves at half-time that there was a lot more in us, but credit to them for being so good in the first half.  And we had that bit of luck, but we will take it.

“It was a great open game and end to end and very hard to find your feet at times, but that is credit to them again as they came with a game plan, and they stuck to it and they worked hard. And now we have three weeks to prepare and are delighted to be there.

Mogan and Donegal can now watch on as Monaghan and Derry do battle in this weekend’s semi-final and is complimentary of both.

“We will just have to put the head down now for three weeks and see where we go,” he added.

Donegal get All-Ireland Masters campaign off to winning start

“Derry speaks for themselves with the great result they got against Tyrone last week and they also really ran us close in the championship last year.  Monaghan are Monaghan and are a serious championship team and that will be a cracker of a game and we are looking forward to seeing who we will get and prepare accordingly”.

Mogan added that he was really looking forward to another Ulster final appearance, having lost out in the 2020 final against Cavan.

“It is great, and this is the beauty of the Ulster championship and we are really in a privileged position, and you can see all the Donegal people around here now on the field with their children,” he added. “It is a great experience, and this is my second Ulster final, so I am hoping for a win this time after 2020.”