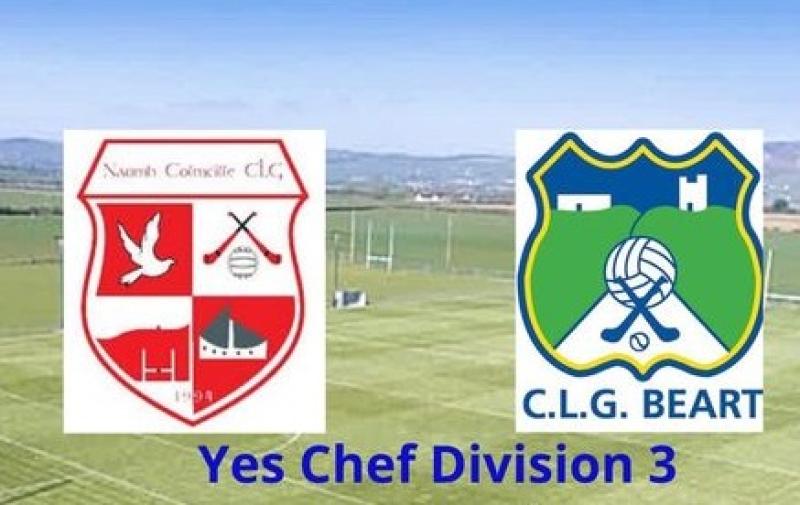 Burt continue to set the pace in Division 3 of the league with a comfortable win over Naomh Colmcille in Pairc Naomh Colmcille, Newtowncunningham, on Sunday afternoon.

Eight points separated the sides at the finish as Burt cruised to an eighth straight win. The side managed by former dual star Ciaran Dowds are unbeaten in the league with four games remaining.

Darren Gallagher top scored for the winners with 1-2 with the goal came on the stroke of half-time to send the winners in 1-6 to 1-1 at the break.

This was after Shane Monaghan got the locals off to a promising start when he converted from the penalty spot after he was grounded in the large rectangle. That was in the third minute.

Burt followers had to wait until the seventh minute for their opening score. Leading marksman Sean McHugh kicked a fine score to get the men from Hibernian Park up and running.

This was followed by strikes from Calvin Gallagher and McHugh to tie up the game 1-0 to 0-3 by the 21st minute.

And while Ryan McErlean kicked a fine point for the lead once more for the locals Burt finished the half strong  with four unanswered points and Gallagher’s goal. Gallagher palemed to the net after good work from McHugh and John Kilpatrick

Minutes earlier Naomh Colmcille were down to 14 after Oisin McFadden was shown a straight red card for an off the ball incident. And they suffered another huge blow when target man Ryan McErlean limped off at half-time having picked up an injury earlier.

A man down and without leading scorer McErlean meant that Naomh Colmcille had an uphill task in the second half.

And that is how it turned out and they only added two more points  thanks to long range strikes from Tiernan Browne and Monaghan - all scored in the opening 11 minutes of the second period.

Burt more or less dominated the remainder of the game with Darren Gallagher, John Fitzpatrick and McHugh all raising white flags.

Despite the defeat for what is a very young Naomh Colmcille side - their third in nine games -  they remain in the top half of the table.

Harden on song for Naomh Muire against Naomh Padraig, Uisce Chaoin at The Banks