Matt Gallagher runs the rule over the IFC’s opening weekend

The Donegal IFC swings into gear on Friday when Dungloe travel to Burt and Donegal's 1992 All-Ireland winning full-back looks ahead to the weekend action, including his own club Naomh Bríd's opener against Naomh Columba 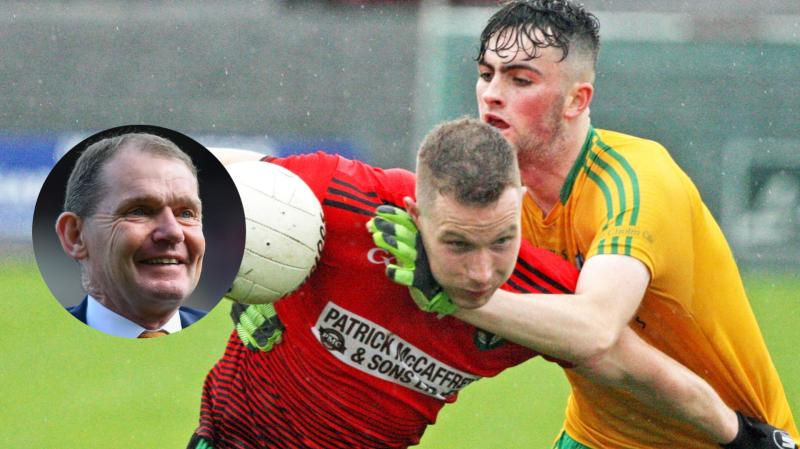 From a south Donegal perspective, the clash of Naomh Bríd and Naomh Columba will have plenty of interest as the Intermediate Football Championship swings into action this weekend.

In all, six games are down for decision and Donegal’s 1992 All-Ireland winning full-back Matt Gallagher is well aware of the challenge facing his Naomh Bríd clubmates as they entertain a Naomh Columba team that some are already tipping as favourites to take the Intermediate title.

“It is a very tough opener even though we are at home,” Gallagher said. “But they are obviously operating in a higher division now and Aaron Doherty makes a real difference to them”.

Naomh Bríd are back in Division 2 themselves next season and went down to Burt in the league final last month on a 0-12 to 0-10 scoreline.

“There was not a lot in it, and we had a few injuries so hopefully they will have cleared up by Saturday evening,” Gallagher added. “Darren Russell was missing, and Clint Walsh was playing with an injury. My son Ross is playing in Dublin and Damian Cleary transferred to us from Ballyshannon but he has a Gilmour’s groin injury which will need surgery and that is disappointing for us and weakens our hand.

McShea's Say: If McGuinness wants to stick with soccer, here's the alternative


“But we have had a very good league campaign, after losing the opening game at Naomh Colmcille, we won all the rest right up to the Burt game and we are back in Division 2 which was a target for us.

“We have Naomh Columba in the first game and Downings, who are promoted to Division 1, in the fourth game and they will be two tough tests. In-between, we have Red Hugh’s and Convoy and all of those teams are in divisions above us”.
Naomh Bríd are always hard to beat in Trummon and that’s something they will aim to draw upon in the coming weeks.

“You would like to think that you are hard to beat at home, but this is the first day out and it all depends on how you perform on the day,” he added. “Naomh Columba have settled well in mid-table of Division 2 and will be a real test”.

Meanwhile, elsewhere, Gallagher has a quiet fancy that home advantage might just swing it for Division 2 side Gaeil Fhánada and recently relegated from Division 1 Termon. 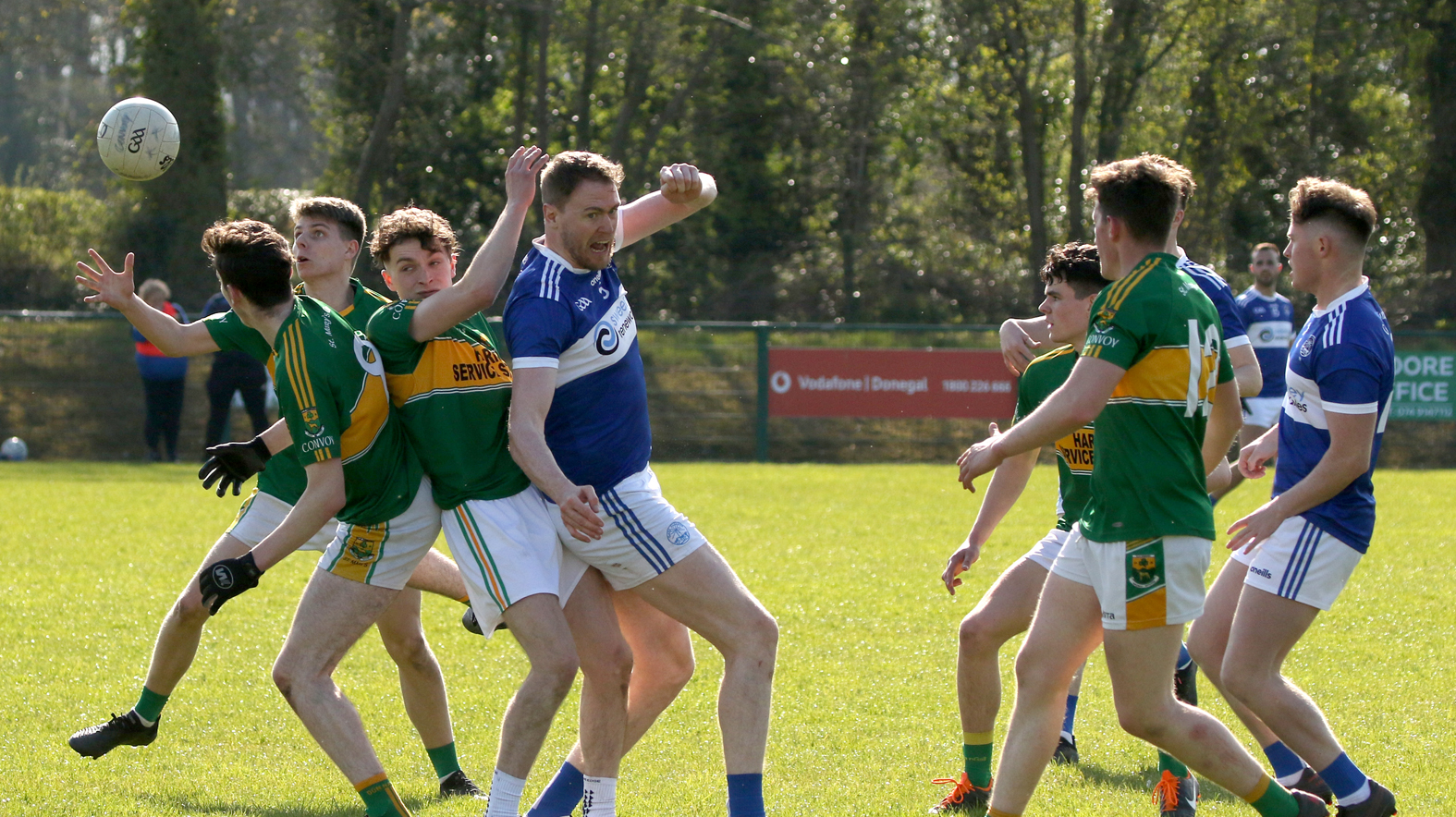 “Termon have been relegated and that is a blow to them,” Gallagher added. “Fanad won their first four games and then fell away, but home advantage might just be crucial here”.

Gallagher believes that his team’s conquerors in the Division 3 final Burt might just edge out mercurial Dungloe at home in Hibernian Park.

“Dungloe started poorly but picked up well,” he said. “Going to Burt is never easy, Burt are strong defensively and can attack at pace and went through the league unbeaten”.

Johnny McGroddy hit a sensational last gasp goal to win the Division 2 final for Downings against Malin on Sunday evening and that alone should make them one of the favourites to win the championship against a Red Hugh’s side who are in choppy waters in Division 2, with a relegation play-off still to come.

“Downings are sharp up front with McGroddy and Lorcan Connor and are physically strong with the Boyce brothers in the middle of the field and have had lads in county squads,” Gallagher said.

Naomh Muire play host to beaten Division 2 finalists Malin. And much could depend on how quickly Malin recover from McGroddy’s late smash and grab act. 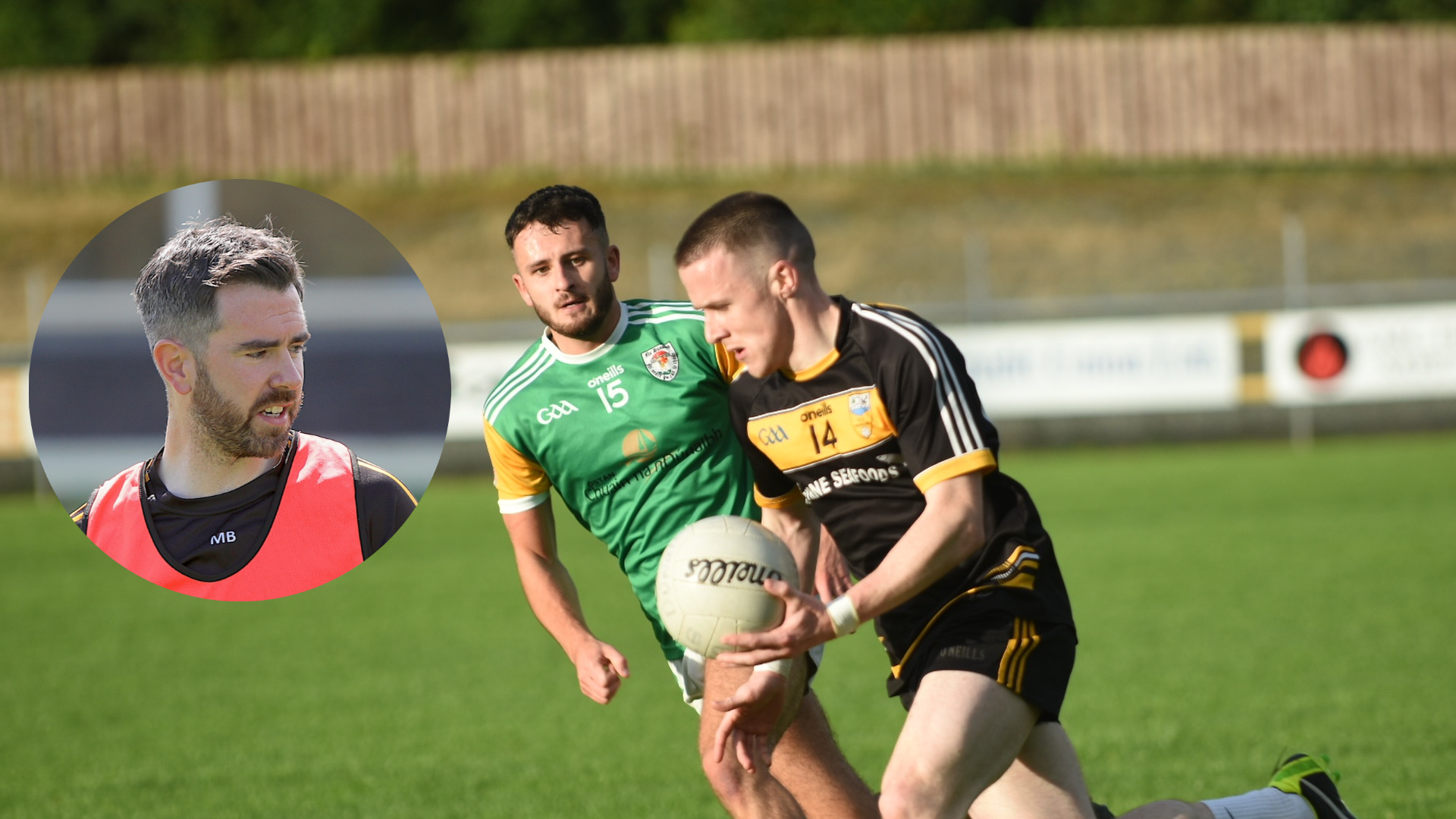 “Malin are a good side and the McLaughlins are tidy footballers who play a nice brand of football,” he said. “They have a few lads who played county also and Naomh Muire will be on a high after their Division 3 play-off win over Na Rossa and a draw would not be out of the equation there”.

St Mary’s Convoy welcome Buncrana and Gallagher gives a slight nod to the home side. “Buncrana were a bit disappointing this year and did not make the impact you might have expected,” he said. “Caolan McGonagle was with the county, and he will be a big help to them when he is back at full tilt after injury. They are both Division 2 side and Convoy are in a relegation play off. They have quality players like Paddy Dolan, but you would have to fancy Buncrana”.