Donegal Philadelphia is a home from home this summer to a host of footballers from the county and ahead of Sunday, where its finals day at Limerick, Pennsylvania, they share their experiences 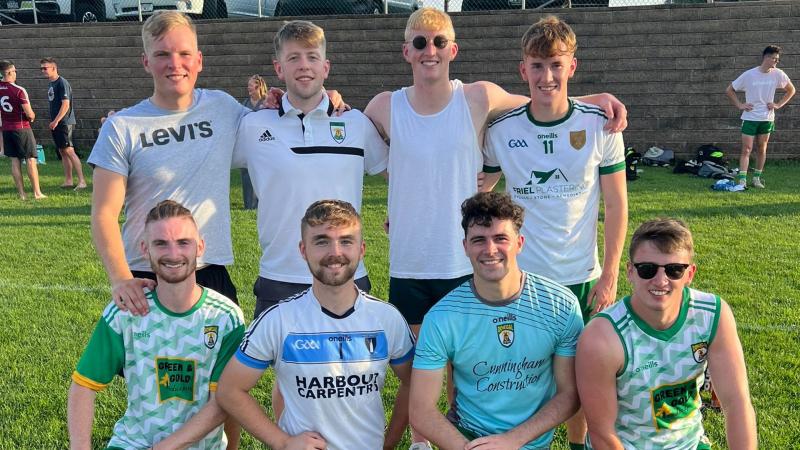 There will be a watchful eye from near and far on the finals day in Limerick, Pennsylvania, this Sunday where Donegal Philadelphia take on Young Irelands for the title with the winners obtaining a place in the North American finals later this month.

The bulk of the Irish community are living between Havertown or Delaware County, on the outskirts of Philadelphia and the players that made their way from Donegal are fitting right in.

Last Sunday in Letterkenny, MacCumhaill’s confirmed their place in Division 1 of the All-County Football League for 2023 following a 2-16 to 0-10 win over Milford and Gallen was following updates as they happened.

“It’s tough following the twitter updates on MacCumhaill’s every weekend wishing you were home but sure that’s all part of it I suppose,” he told DonegalLive. 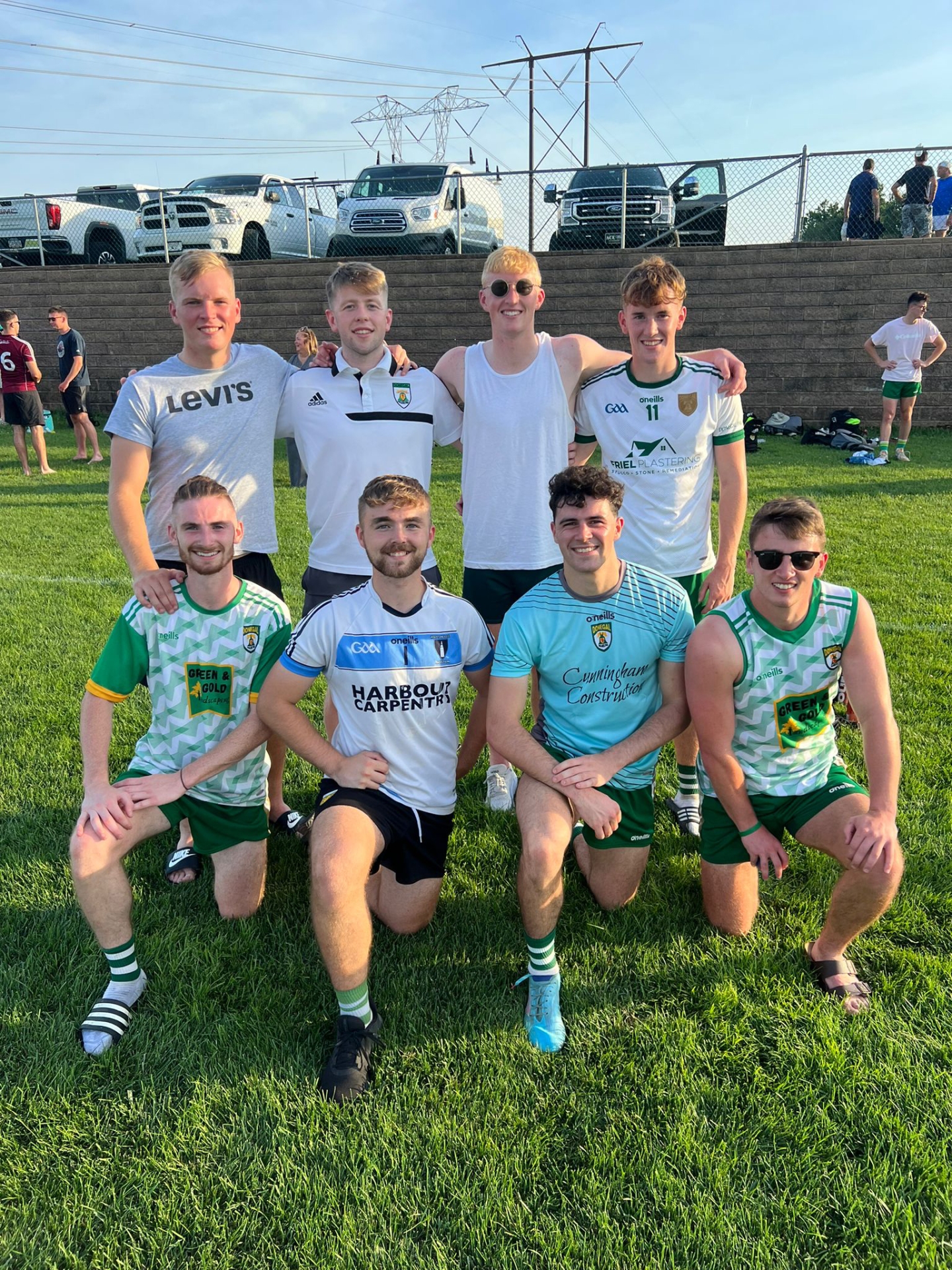 
Gallen jokes that he’s been kept busy “supervising Kealan Dunleavy - making sure he’s not painting the floor again” in regards to his day job and spoke of how the opportunity to play football in the United States came his way.

“The club reached out first and then after chatting to a few people who I knew had spent the summer here before in previous years, I knew it would be a great spot to spend the summer,” he added.

“Life’s busy between work, football and then trying to travel and do all the touristy stuff. Everyone is fairly chilled out and just enjoying the summer. The football is really enjoyable. It’s fast and furious, end to end and allows for great quality football to be played.

“The first week or two was tough getting used to the warm weather but we’ve climatised now. The standard is high and training is very competitive.”

Mogan was part of the Donegal side who exited the All-Ireland series following a second qualifier round defeat to Armagh in June and said he really enjoys the open nature of football in the States.

“It’s a breath of fresh air, free flowing open expansive football in warm conditions is great,” he said. “It’s a really high standard of football and is very competitive which makes it enjoyable.

“When the club reached out it sounded like an attractive place to spend the summer. The people within the club are very helpful and good people. I talked to a few people who spent summers in Philly playing football and they highly recommended it. Also having a few people I knew out there made it easier.”

Haverton is two hours south-west of New York and the accessibility to the Big Apple is something Mogan, who enjoys America sport, takes advantage of, when he gets a break from being a “full-time photographer for Oisin Gallen”. 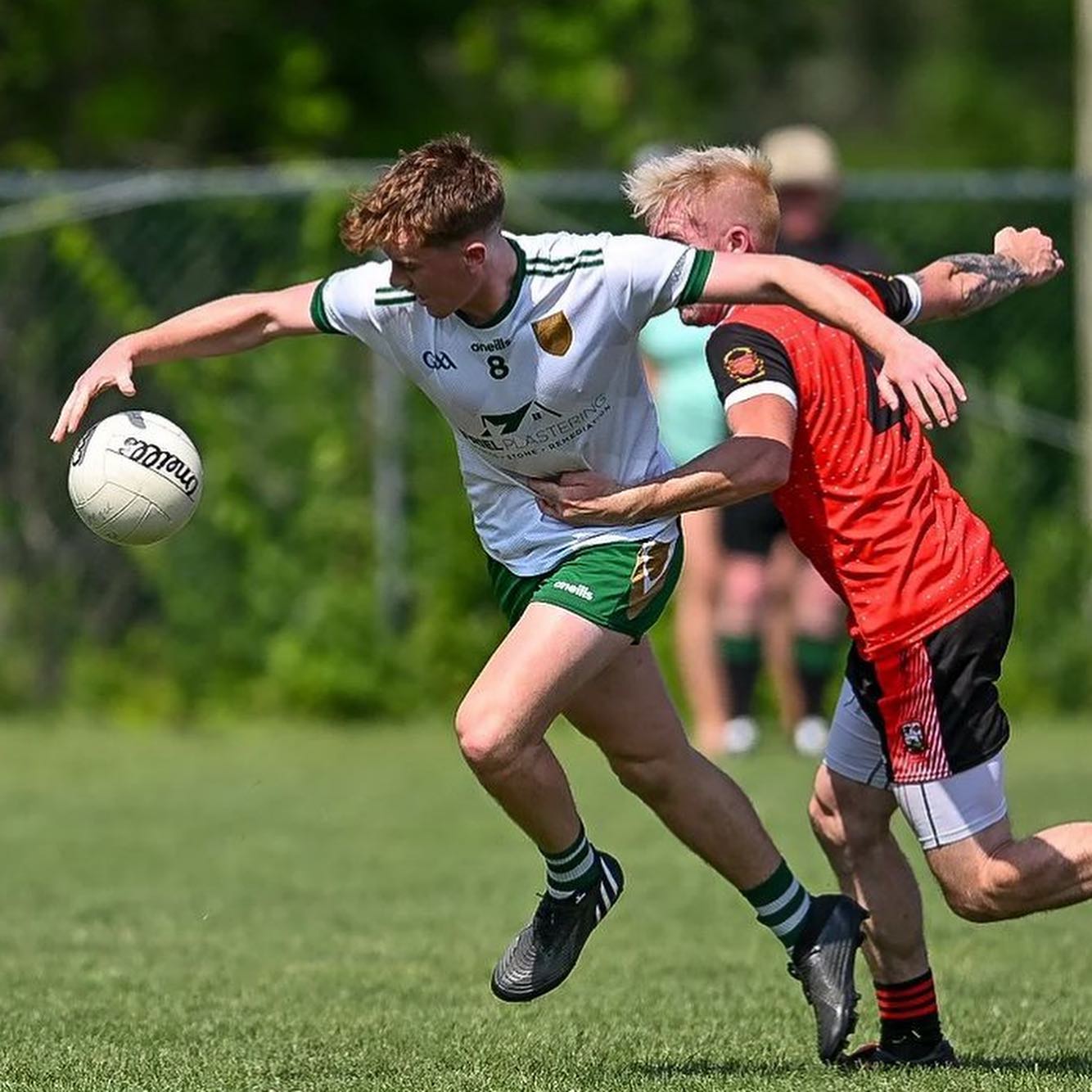 Dunleavy said it was a “no-brainer” with players like Ruairí Crawford from Glenswilly having made the trip before.
He said: “Having a few boys from the club who have been out before to Philly helped with my decision as they were saying how it was one of their best summers. Being able to get up to New York and head to Jersey shore is good. The good weather always makes things better too.”

McHugh, who is an electrician, admits the level of football is higher than he had initially thought.
“It's much better than I expected - the intensity and quality of football is next to none. We’re always on the go with the new people we’ve met from all the different countries,” he said. “It’s a different lifestyle.

Walsh is also a painter, with Bourke Painting, and spent some Sunday mornings rising early to keep up on the All-Ireland series. “I came here because of the strong Donegal connection in Havertown and the Ardara connection with the Cunninghams (Donegal Philadelphia co-founder Eamon),” Walsh said. “Havertown is great, loads of Irish people living in the area and it’s not too far away from the city, lots to do and I find the football very enjoyable, loads of space with 13-a-side, playing in the heat can be rough but we’ll get over that!

Bobby McGettigan from Termon, Rory Callaghan of Glenswilly, as well as Convoy duo Joe McGill and Barney McNamee were playing juniors this summer.

Off the pitch, the Donegal involvement is throughout the club at all levels. Louie Bradley from Letterkenny was there since its inception in 1988 and has fulfilled a number of roles at the club down the years and is this weekend on the line for Delco Gaels in the Junior B Championship in the curtain-raiser.

Glenswilly Patsy Duddy is Honorary Chairman, with Pat Bourke from St Naul’s - and a season with Naomh Bríd/Pettigo - the chairman and his son Gerald is the registrar.


Vice-chair Tommy Higgins is from Galway, with family roots in Termon through his mother and the registrar is Rory Connor from Downings, whose father Manus was one of the founders of the club in 1988. The PRO is Joe Cunningham, Ardara, son of Eamonn and Eileen and the one of the joint team-managers is Seamus Sweeney is a clubman of St Michael’s.

Donegal Philadelphia play Irelands at 3:30pm Eastern Time (8:30pm Irish) on Sunday and the match will be streamed from the club’s Facebook page.
ADVERTISEMENT - CONTINUE READING BELOW