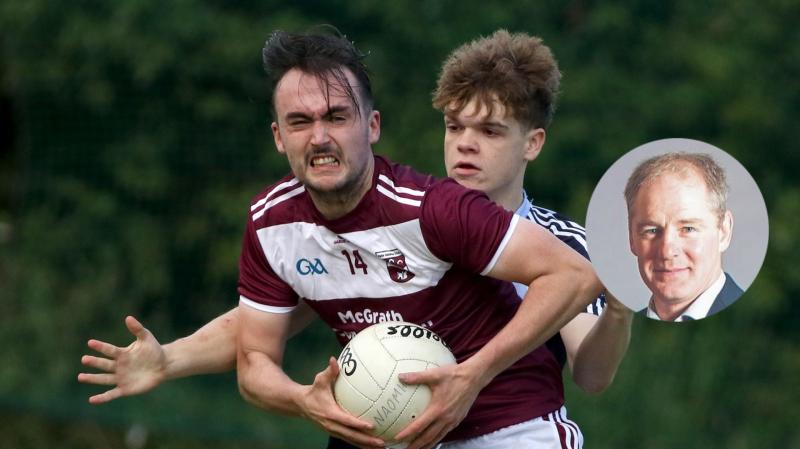 Pettigo’s top GAA official has called on Donegal County Board to reconsider the All-County Football League gradings for next year.

Speaking after his side’s defeat to a Moville side who were relegated from Division 2 this year, club chairman Colin McFarland said Pettigo said the All-County League needs four divisions.

“We had a good turnout today but were missing three starters in Kevin Kane, Johnny McManus and Jarlath and a small club like ours just can’t afford to be without players of that calibre,” McFarland said.

“They are three great players and we brought in extra players who have not done a pile of training to that standard of football. If the county board want small clubs like ours to stay afloat then they are going to have to take a look at these divisions and make them more even.

“OK we did win the Junior B Championship in 2018 and that was our first win since 1953 but we may have to look at going back to the Junior B grade because we are struggling to field teams and are always up against it.

“It is very demoralising playing good teams who are of a much higher standard, and we have the smallest pick of any club in Donegal as we are away in a corner and tight up against the Fermanagh border.

Pettigo beat Red Hugh’s and drew with Lifford in a very slim season and gave Moville a good match in patches on Saturday evening but could not match the visitors’ sheer pace and panache in a 2-16 to 1-9 loss.

“It is very hard to keep going and we have a few great people like John Robinson, whose two sons Paul and Sean play for the team, lining out the pitch, and my daughter Tia helps him,” McFarland added.

“We were amalgamated with Ballintra for underage, but they have enough of their own now and Pauric Colton does great work keeping the underage teams going as best he can.

Moville hit the rights notes at Pettigo in Junior A opener

“They are great workers, and we don’t have a gate, but we keep going with the Lotto and Lawrence McGrath is very good as he sponsored the senior jerseys, and we are very grateful to people like that who help to keep the club going.  But I was heartened by the way our players kept battling to the end.

“We were well with Moville for the first half and there were a few poor decisions that went against us as well. One thing Pettigo has never lacked, and that is spirit and that is what keeps us going.”