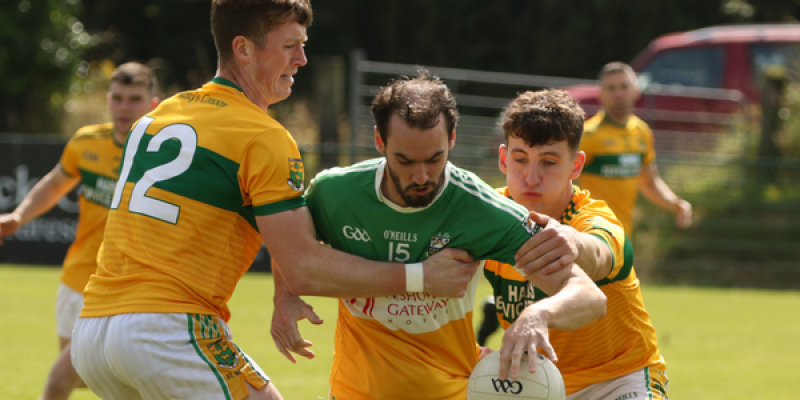 A Darach O’Connor goal finally wriggled a wasteful Buncrana free of St Mary’s in the IFC.

O’Connor pounced on a stray kick-out to slam to the net ten minutes from the end.

It looked as if Buncrana might be made pay for their profligacy in front of the posts. Buncrana kicked 18 wides and dropped another two shots into Gordon’s hands.

St Mary’s, then, always looked as if they had a chance. Until, that was, O’Connor struck gold.

Buncrana, who finished ninth in Division 2 after a topsy-turvy League campaign, were behind by the minimum, 0-5 to 0-4, at half-time.

Browne-McMonagle's victory on Saturday was the 1,000th of O'Brien's training career while Oisin Orr and Luke McAteer also claimed wins in recent days

William McLaughlin, the former European Union Boxing Championship silver medalist, kick-started a quick flurry for Buncrana in the opening minute of the second half.

After John Campbell nailed a free to put Buncrana ahead, before Donegal midfielder Caolan McGonagle bent over an exquisite point from distance.

With Buncrana’s wide count going up with the temperature of the afternoon sun, St Mary’s marksman Johnny Toye brought his men level with a brace.

After Oisin O’Flaherty arched a neat score to give Buncrana the edge again, O’Connor struck. Mark Gordon’s kick-out was into the chest of the former Donegal forward. O’Connor scurried in and blasted beyond Gordon.

It felt, and was, the decisive score of the afternoon.

This was a slow burner to begin with, Gavin Sweeney and Toye firing over either end of a McLaughlin score for the visitors.

Buncrana were wasteful in the opening period, the Scarvey men hitting eight wides, four of which arrived inside the first 12 minutes.

Having stayed in touch, St Mary’s - who still have an outstanding relegation play-off against Red Hughs to play to determine their destination for next year’s All-County Football League - hit three-in-a-row to take the lead in the closing stages of the first half.

McGill’s point arrowed St Mary’s into a 0-5 to 0-4 lead and they held that advantage at the break with Buncrana goalkeeper Harry Doherty firing a 45-metre free wide with the last action of part one.

After the changeover, it was impossible to call a winner until that moment when O’Connor smashed to the St Mary’s net.