Ballyshannon side fail to take late chance to send game to extra-time. Neil McGee joint top scorer for Gaoth Dobhair probably tells a story of its own 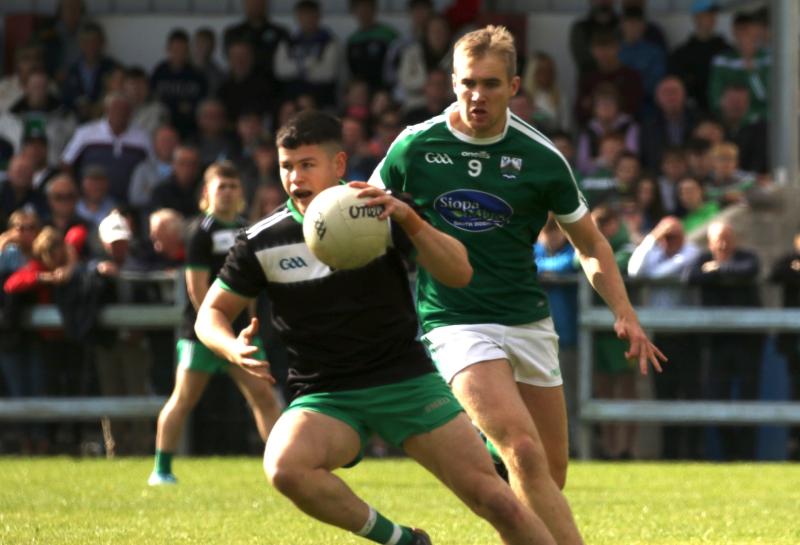 The vast experience of Eamon McGee was central to Gaoth Dobhair making the Michael Murphy Sports & Leisure senior championship semi-final as he was central to a narrow victory against Aodh Ruadh in Eamonn Byrne Memorial Park, Fintra.

Aodh Ruadh will go home disappointed that they did not take the game to extra-time as  Mark McGlynn had a chance to level at a point down, only to see goalkeeper Daithi Roberts save and Odhrán Mac Niallais clear off the goalline

The Ballyshannon side have had a good season but they probably need to have more ambition if they are to make the breakthrough at the top level. They had too many wides in the opening half and that championship nous was missing in the second period.

Gaoth Dobhair were more direct and the leadership provided by Eamon McGee at centre half-forward was  refreshing. He scored one point but was involved in most of the Gaoth Dobhair moves. Younger brother Neil, was also to the fore, hitting two points from the No. 3 position and finishing joint top scorer for the Magheragallon men.

They will also know that they will need to improve  before the semi-final next week with some poor shooting from frees in the second half.

A nervous looking Aodh Ruadh just didn't have their shooting boots and even though they turned over bar, they then didn't have enough players ahead of the ball to do real damage to the Gaoth Dobhair defence.

The Ballyshannon men had three wides from scorable opportunities before Gaoth Dobhair had the opening score on 12 minutes. Eamon McGee was involved before Micheal Roarty cut in along the end line to fist over.

Dáire Ó Baoill added a second two minutes later before Aodh Ruadh finally got on the board when Nathan Boyle won a free on 16 minutes for David Dolan to find the range.

The biggest cheer of the  half came when Neil McGee got on the end of a good move to loft the third Gaoth Dobhair point on 21 minutes.

Aodh Ruadh continued to have plenty of possession but a lack of accuracy and sometimes penetration didn't help. But they were just a point adrift at the break when Philip Patton hit a good score on the half hour. 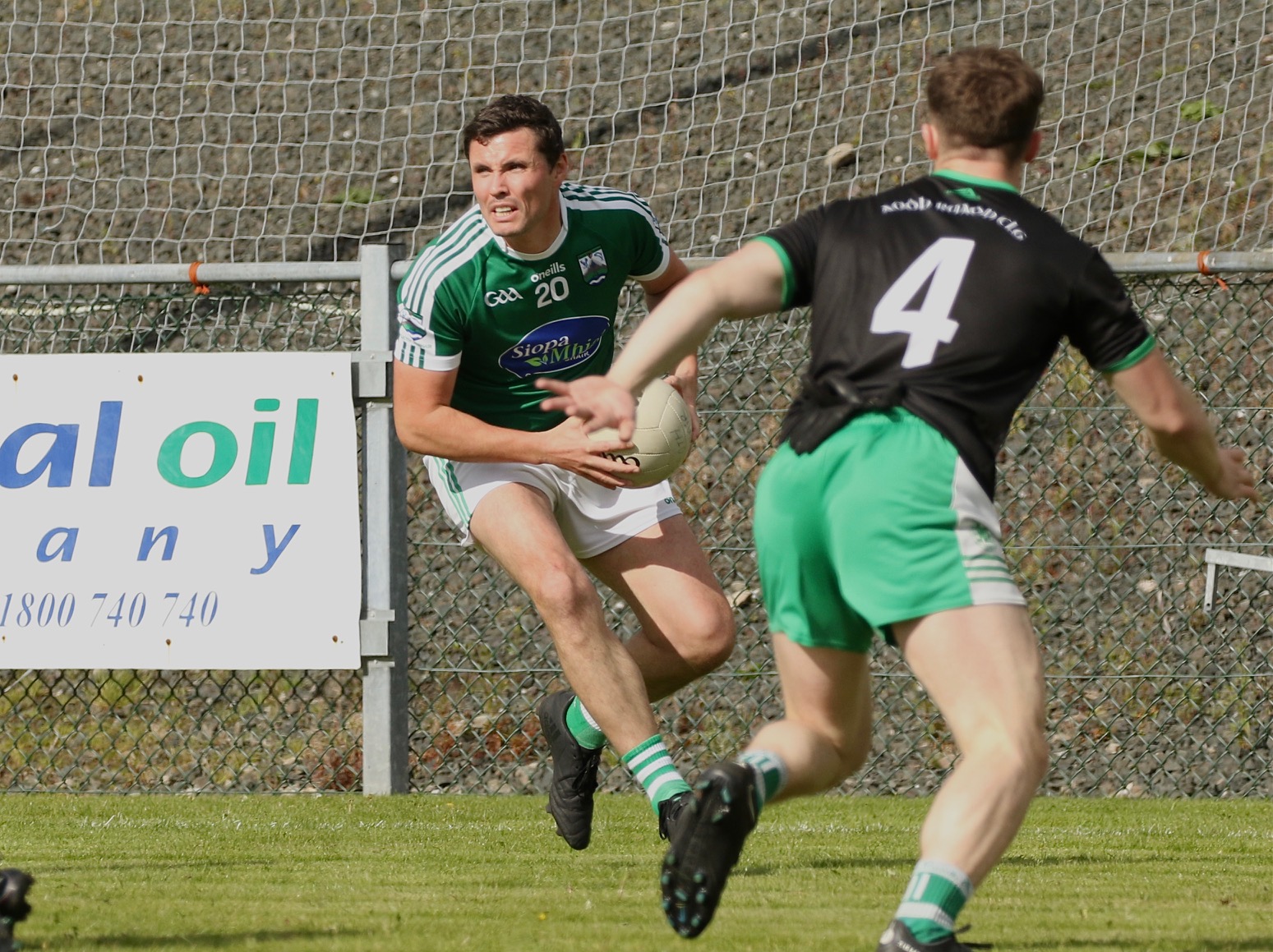 Danny Curran on the ball for Gaoth Dobhair with Kyle Murray closing in Picture: Thomas Gallagher

The second half was a more open affair with Philip Patton having Aodh Ruadh level within four minutes of the restart.

Gavin McBride (free) and a second point from a lively Neil McGee saw Gaoth Dobhair go two in front once more. Aodh Ruadh almost had a goal on 37 minutes when Philip Patton found space and was one on one with the 'keeper. His lob was unlucky to come back off the crossbar. However, by the 46th minute  Aodh Ruadh were back on terms again with Michael McKenna and Diarmaid McInerney hitting points.

Not for the first time Eamon McGee engineering a lead point for Gaoth Dobhair again with Seaghan Ferry on the end of the move. McGee then sent Domhnaill Mac Giolla Bhride in for another and Dáire Ó Baoill clipped over another on 52 minutes to stretch the Gaoth Dobhair lead to three - 0-8 to 0-5, the biggest margin between the teams at any time in the game.

David Dolan had an ambitious effort for a goal which yielded a '45', but Nathan Boyle was wide, but Aodh Ruadh kept plugging away and by the 59th minute they were back within a point with Philip Patton and Diarmaid McInerney pointing.

And they really should have had extra-time when McGlynn did really well to cut through but opted to go for goal rather than fist over from close range.