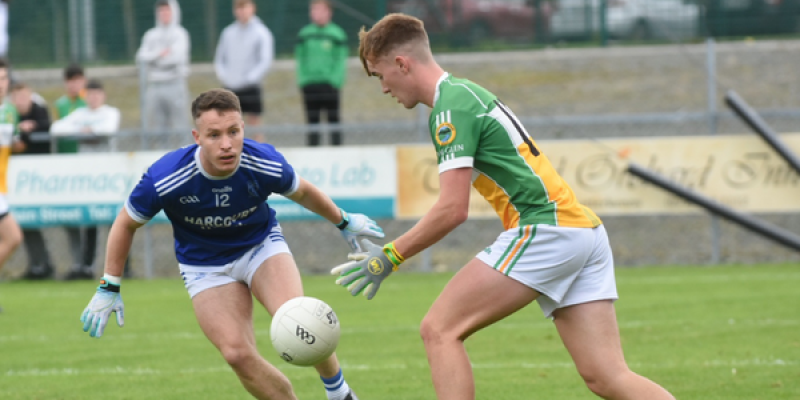 Relief was the order of the day for Martin Regan when Enda McFeely shrilled the final whistle.

Naomh Conaill looked in trouble for long spells of the first half in Sunday’s SFC semi-final, but they hit back in the second half to reach the semi-finals.

Glenswilly’s 11 wides, eight of them coming in a first half that had them 0-6 to 0-4 ahead, had as much an impact as Naomh Conaill’s goals, struck in the second half by Eunan Doherty and Leo McLoone.

“We’re relieved to be into the semi-finals,” Regan told Donegal Live.

“It wasn’t looking good at half-time. We were blessed to be only two points down in the second half because we played nothing in the first half. Absolutely nothing.

“Glenswilly missed an awful lot in the first half and they dominated their own and our kick-outs. We just couldn’t get possession and we struggled to get any attacks even.”

Naomh Conaill came out for the second half and had the afternoon’s script torn within five minutes of the restart, Doherty palming in a goal that helped them lead 1-6 to 0-6.

Regan said: “The first few minutes of the second half made a big difference. We very quickly went from two down to two up.

“We needed that. The longer that game went on, the more we’d have been under pressure.

“When we got two points up, we showed that we’re good at managing those kinds of situations. We kept the scoreboard ticking at important times.

“We picked it up in the second half. The more possession we got, the more scores we looked like we could get.

“The big one was the kick-outs and the breaking ball. It wasn’t that we didn’t have numbers there, but Glenswilly just seemed that wee bit hungrier around the middle. I know some of those can come down to bits of luck, but they were hungrier than us in the first half.”