McLoone, who featured in the 2005 Donegal SFC final at just 16, remains a key figure for Naomh Conaill and scored one of the goals in Sunday's win over Glenswilly 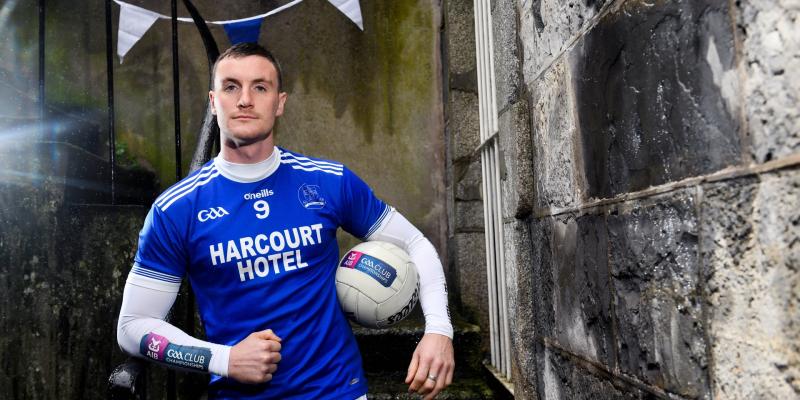 McLoone was a tender 16 when he featured in Naomh Conaill’s maiden Donegal SFC success in 2005.

Times were different 17 years ago when 16-year-olds could grace the senior stages.

Four more Dr Maguire Cups have followed and McLoone - an All-Ireland winner with Donegal in 2012 - remains a central figure.

He netted a crucial goal in Sunday’s 2-10 to 0-10 quarter-final win over Glenswilly - a victory that sealed a place in a ninth successive semi-final.

“It’s very important for us to compete at the top level,” McLoone said.

“That’s what we strive to do every year. We have been doing that for a while now. Some years it has gone for us, others it hasn’t, but it shows good character of the young and the old that we keep coming back and keep performing.”

Naomh Conaill were in a tight spot at half-time, but at 0-6 to 0-4 in arrears they were rather fortunate to be within striking distance.

With just 65 seconds gone after the break, Eunan Doherty struck gold, his goal beginning the turnaround.

“You always want to get the best performance that you can, but at the end of the day it’s about winning. You pick out what you can improve on then once you’re in the pot for the next day.

“We were two down at half-time and we knew that we needed to give it a big lift. We got the lift and we got the scores with it.

“A lot of the time when you give that lift, the scores don’t come. When that happens, people can become edgy. When we put the push on, we got the scores and it was massive for us.”

New stars have emerged since McLoone and company won in 2005 although Eoin Waide, Anthony Thompson, Brendan McDyer and Marty Boyle are still in tow.

McLoone got the ball rolling with an early score on the resumption. Doherty’s goal soon had Naomh Conaill in command, but they had to summons all of that big game experience to get over the line.

“We knew that we needed to lift our game,” McLoone said.

“We all knew that. The young bucks took some hard runs at the Glenswilly defence. The goal gave us a platform to push on.

“Glenswilly are a team with a huge lot of character and resilience.

“We knew what we would get and we knew that they’d keep coming back. They could have been three or four up at half-time as opposed to two.

“Quarter-finals are always tough to get over. For a long number of years, it feels like we have just squeeze through quarter-finals. This was no different. There were six points in it at the end, but it was a lot tighter than that. We maybe ran away at the end, but it’s great to be in the pot for the semi-finals.”