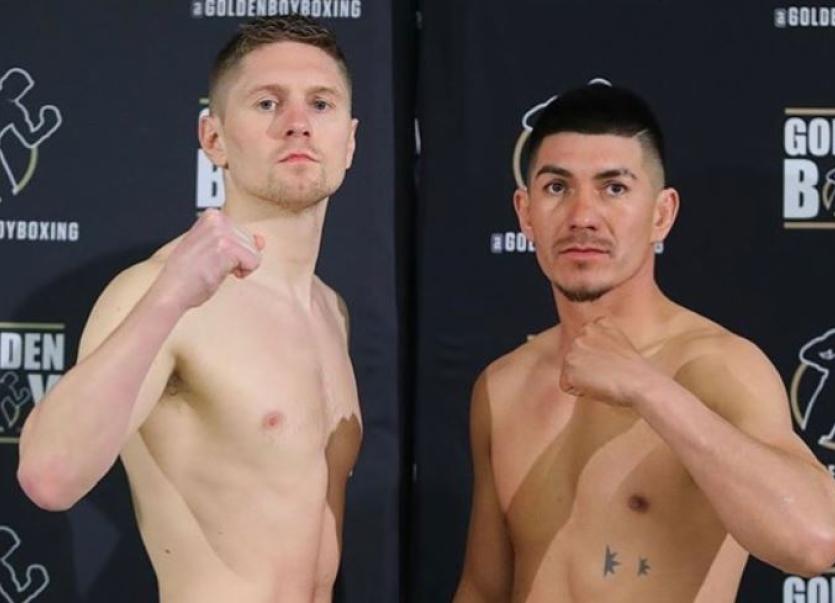 Donegal’s Jason Quigley will be back in the ring tonight in California as he begins what will surely be the make or break year in his professional career.

Now 28, Quigley is acutely aware that 2020 could well be the year the determines whether he can keep climbing up the rungs of the ladder in pursuit of his ultimate dream of landing a world boxing title.

“I’m excited for what’s to come," commented the Donegal boxing sensation who now face 31-year-old Mexican Fernando Marin, who is a late replacement for Oscar Cortes, who dropped out.

Quigley (17-1, 13KOs) is set to square up to Marin in a 10-round headline bout of a Thursday Night Fight Night, hosted by Golden Boy Promotions.

The venue, The Hangar at the Orange Country Fair in Costa Mesa, is where Quigley was in action back in December when he defeated Abraham Cordero.

The Andy Lee-trained Quigley has designs on making noise in the 160lbs division in 2020.

The fight will stream live on DAZN and RingTV.