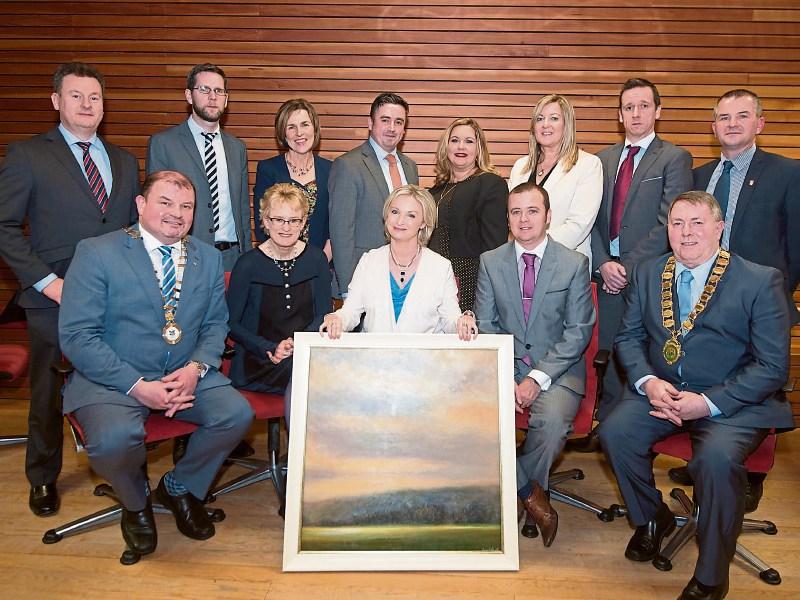 Cllr. Ciaran Brogan, council cathaoirleach, paid tribute to Ms. Faulkner and to Pramerica, acknowledging their contributions to the county not only from a jobs perspective but through their many charitable works.

Ms. Faulkner has been named chief operating officer of a new organisation within US-based Prudential Financial Inc, and in April she will relocate to PFI global headquarters in Newark, New Jersey. She will be succeeded in Pramerica by Ciaran Harvey of Letterkenny, VP operations, now on secondment as site executive in El Paso, Texas.

Ms. Faulkner joined PFI in 2000 and was on the management team that founded Pramerica Systems Ireland, which has grown from 35 employees to more than 1,300 today. She also led the development of the newly created Prudential Business & Technology centre in El Paso.