Star Wars - The Force is Strong in Donegal! 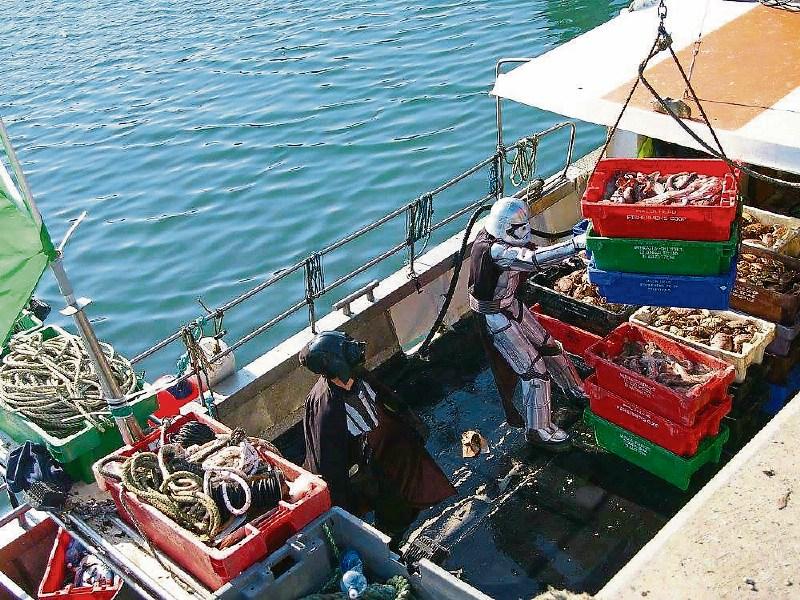 Fans of Star Wars in Donegal were over the moon at the weekend when two of the film series' stars popped into local pubs to say hello.

The seventh Star Wars took just 20 days to become the top grossing film of all time last year. News that scenes for the eighth film would be shot at Malin Head set social media alight.

While crew members were on location for up to a month, it was only last Friday that stars Mark Hamill (Luke Skywalker), Daisey Ridley (Rey) and Adam Driver (Kylo Ren), along with director Rian Johnson, arrived for three days of filming.

Excited fans flocked to Malin Head hoping for a glimpse of their heroes. Although strict security meant that it was virtually impossible to get near the set, no one seemed disappointed and the atmosphere in the crowded pubs was fantastic.

Once finished their scenes, though, both Mark Hamill and Daisy Ridley took time to enjoy Donegal hospitality first hand.

Daisey Ridley and other members of the cast and crew enjoyed a pint or two and some great music at McGrory's, and the actress even posed for photos with musicians John Ruddy and Niall McDonagh. ""She is an absolute dote, really, really nice," John Ruddy said afterwards.

Mark Hamill, who tweeted all weekend about how much he was enjoying himself, made an impromptu stop at Farren's in Malin Head on Sunday night. There, he cheerfully posed with fans and chatted with owner Hugh Farren on camera for Donegal TV.

Other fans also posted to social media about how kind he was to them when he met them over the weekend at the hotel in Donegal where he was staying.

One particular meeting stood out above the others, though. The actor, who plays the most famous of the Jedi, behaved in truly knightly fashion by spending an hour and a half with Jamie Harkin (17), who is in remission from Hodgins Lymphoma, and Ciaran Murphy (2), who has leukaemia.

Writing about the meeting on Facebook afterwards, Jamie said the actor was "everything I ever imagined him to be and then some".

He continued, "Mark chatted to everyone for a while, before turning to me, and he told me something that I really needed to hear after the last few weeks and months that I've had.

"I promised myself that I wouldn't cry, but I just couldn't help it, and then Mark hugged me and as he was sitting down, I saw that he was crying too.

"Despite being the star of the biggest franchise ever, he is one of the most charismatic, charming, and down to earth people I have ever met."