The Gallen brothers' remarkable service to football in the UK 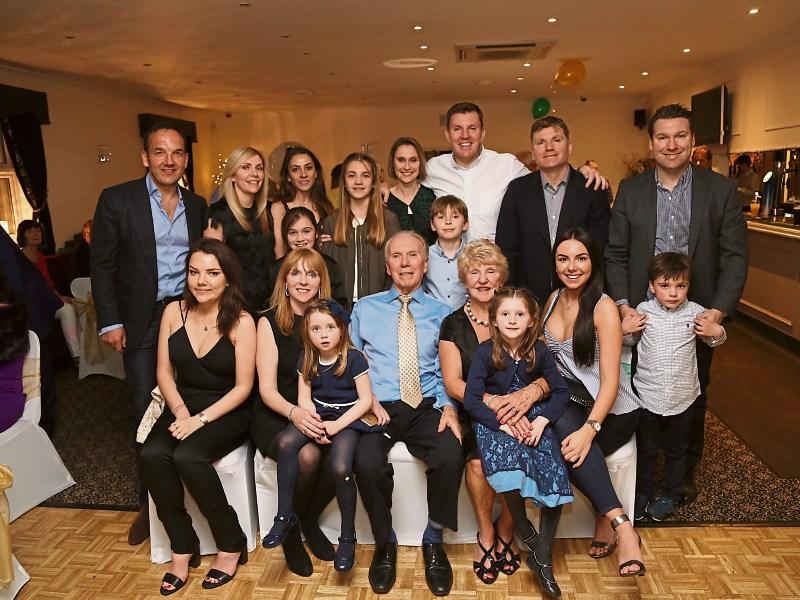 The Irish/London Gallen Brothers Joe, Steve and Kevin are surely the greatest Donegal if not Irish Football family in the UK.

All three have been heavily involved with well-known English clubs as players, but also as coaches and managers.

No other family in Donegal, or probably even in the rest of Ireland has such a versatile record of service to the football scene in the UK.

All three were pretty nifty players and Joe played for the Republic’s Under 21 side before a back injury curtailed his career at the young age of 26.

The eldest Gallen also lined out with Shamrock Rovers, Dundalk and Drogheda United before taking up a coaching role at QPR and was later assistant manager at another old club Exeter and had a similar role with Milwall.

He also lined out with Elton John’s Watford in the late 1990s.

Joe was also involved in the QPR backroom team when his playing days ended.

He won a Third Division title with Shrewsbury Town in 1994 and joined Wolverhampton Wanderers, where he is now assistant manager.

His younger brother, Kevin Gallen was a real talent and made his Premier League against Manchester Utd on the opening day of the 1994/1995 season as an 18-year-old.

Kevin’s strike partner was Les Ferdinand, and as a youth Kevin broke Jimmy Greaves' scoring record at youth level for QPR and he also lined out for England U-21s.

Incidentally the 18 year-old Kevin actually scored on that debut against Utd but referee Dermot Gallagher disallowed the goal.

Meanwhile, the middle brother, Steve Gallen, spent 19 seasons at QPR as player with his brother Kevin and left the club last year after signing as a player in 1997.

He ended up as assistant coach at QPR and is currently scouting for big brother Joe at Wolverhampton Wanderers.

All three were born in West London in Shepherd’s Bush but the native Donegal blood burns brightly in these three remarkable athletes and they are strong supporters of the county GAA team, making frequent trips to Croke Park to support their Gaelic heroes.

On Sunday night, they gathered in London to celebrate the early 80th birthday of their father Jim Gallen, the original of the species, who emigrated to London from outside Ballybofey in the 1950s.

Jim’s real birthday will be celebrated in Ballybofey in a few weeks time.

Jim left Meenreagh, outside Crossroads on the border with County Tyrone in 1956.

He started in the tunnels with his uncle Paddy Gallen in Mansfield and told the Democrat that he “stayed down there” for two years to avoid conscription to the British Army.

The Meenreagh man moved to London in 1959 and set up a highly successful contracting business in gas and once employed 80-90 men in his business.

But he is a fit and feisty 80 year-old and goes to the gym four times a week as well as driving 29 miles per day to look at his farm out in Buckingham.

So it is not hard to see where the drive to succeed has come in his three-footballing sons Steven Joe and Kevin.

42-year-old Steve said their father Jim was a huge influence on the three brothers taking up careers as professional footballers.

“We lived just around the corner from QPR and that was our local club so it was a real honour to get involved when we were older.

“Our dad was a season ticket holder and he still is. I joined the club when I was 16 and he used to have us playing down at Acton every weekend.

“He was quite handy but never played competitive football, but did play Gaelic Football for Aghyaran in Tyrone when he was very young.

“I was not as good as the other two and I played centre-back and developed a steely mentality to make up”, he says modestly.

“Our Kevin was very good and what brought him along was that he was playing with older players from a very young age”.

From there, he worked his way up through the ranks to become first team coach last year.

But before that he and older brother Joe played for the Republic of Ireland Under 21 side in 1994.

“Kevin played for the England U-21s against Ireland later and he got booed a bit in Dublin.

“Alan McDonald was at QPR when I was there, he was a Northern Ireland international and one of our greatest ever players. I was lucky to work with Charlie Austin who was a fine player also and Gerry Francis is a great mentor of mine.

Owing to the vagaries of club management Steve is no longer first team coach, but is still involved as a scout with older brother Joe, who is assistant manager with Wolverhampton Wanderers.

“Even though we are London born our Donegal heritage is very important to us and we still have loads of relations all around the Finn Valley.”

A few weeks ago, Steven was at home around Meenreagh and gave the Donegal U-16 Gaelic team a pep talk on preparing professionally for matches.

“Talking to those young lads just meant so much to me because our dad always taught us never to forget where we came from”.

Meanwhile elder brother Joe is in the hot seat as assistant manager of Wolves, a Championship team that finished 7th last season.

But he was well known to League of Ireland teams as he lined out with Dundalk, Drogheda Utd and Shamrock Rovers in the 1995/1996 season.

“I was in Ireland for around 18 months and managed to hit 18 goals in one season.

“The great Dermot Keeley was manager when I was at Dundalk, and the club had won the League of Ireland title the year before I joined, but we did not quite make it that following year”.

Joe also played for the Republic of Ireland U-21 side, but does not “remember ever playing too well”.

Joe had to retire at 26 but wryly adds that the injury did not put and end to a great career.

As a player, he won a Division Three title with Shrewsbury Town and had spells as assistant manager with Exeter (with whom he played) and Millwall from 2007 to 2013.

“Millwall is a unique club and the fans are so passionate about their football.

“They will let you know if they are not happy with you but I really loved my time there.

“There was a real no nonsense working class attitude there and it really is a special club”.

These days Joe is in the more pressurized environment of the English Championship.

Wolves finished 7th last season and just missed out on the play-offs.

So it takes really good management skills to cope with the expectation of fans at a much bigger club.

‘My dad has good people skills and he needed that when he was running his building firm over many years.

“It is a mixture of respect and liking and people need to like you but maybe they need to respect you a bit more”.

By common consensus, Kevin is the most talented of the Gallen boys.

A gifted striker, he told the Democrat he was privileged to line out with the great Ray Wilkins, Les Ferdinand and Alan McDonald.

“QPR meant everything to us growing up and I was really lucky to play with some great players.

‘That game against Man Utd was really special and they beat us by a goal but we were well able for them and they had Roy Keane, Eric Cantona, Paul Scholes, Ryan Giggs and David Beckham”.

“And of course it was great seeing yourself on Match Of The Day as an 18 year-old.

“Another great memory with QPR was actually beating a very good Chelsea team in 2004 and getting promotion back up into the Championship.”

Of all the brothers Kevin played the longest and did not retire until he was 36 in 2011.

Apart from QPR Kevin has lined out with Huddersfield Town where he scored on his first visit back to the family’s beloved Loftus Road.

“I always just loved to play and I did so until I was 36.

“But it gets tougher as you get older as your body is just not quite able to keep up with your brain.

“But still nothing beats playing and I definitely would if I could”.

Theses days Kevin is a scout for Milton Keynes Dons as the management Gallen gene continues.

An ounce of breeding is worth a ton of feeding.

So it is easy to see where he Gallen boys gets their drive from as the “early birthday boy” Jim Gallen is a sparky 80-year-old who firmly believes in having a healthy mind in a healthy body.

“Anthony Gallen my brother was a very well known postman in Killygordon and I have two sisters Molly, who lives outside Letterkenny and Sarah who lives in Ballybofey and I have a brother Danny who lives in England also.

“I am very proud of the boys and their sporting careers and I still love football.

“And every Saturday morning we are still coaching the kids down at Acton Park.

“I came to London in 1959 and have been living there ever since”.

Jim has retired from a very successful contracting business that once employed 80-90 men, but these days he drives 29 miles every day to his farm in Buckinghamshire.

So it is not hard to see where the Gallen boys get their “cut” from.

And when asked what the secret of good management is, the canny Jim replies.

“Well that is a secret”.