Mary's mother Ann reveals she has been subjected to hate mail 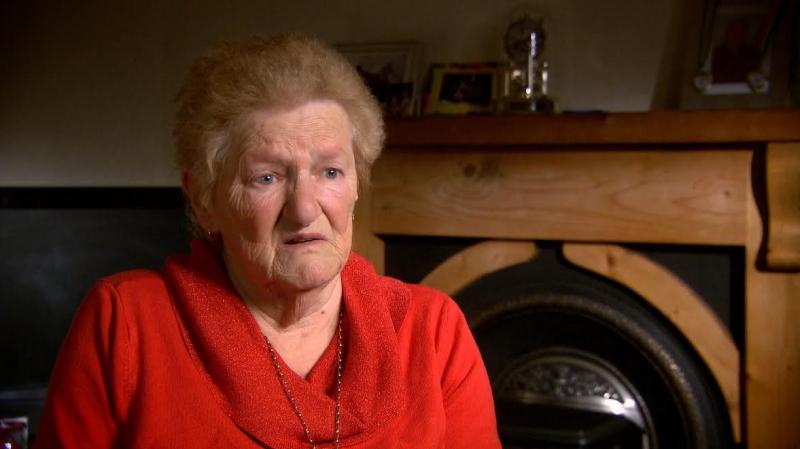 Gardaí have released images of clothing similar to that worn by Mary Boyle when she disappeared from near her grandparent's home in Cashelard in south Donegal in March 1977.

Mary was wearing a lilac coloured cardigan and black wellington boots when she vanished.

No trace of Mary, nor her clothing has been found in the last 40 years.

Her twin sister Ann wore identical clothes that day, and those images were shown on RTÉ Prime Time tonight, as the programme were granted access to the Garda Incident Room in Ballyshannon.

Chief Superintendent Walter O'Sullivan of the Serious Crime Review Team said a full review of the case was currently being undertaken which sought to identify every person who was in Cashelard on the day that Mary disappeared.

"Although a rural area, there would have been a number of people in the area, living there, farming, visiting, driving through. When a child goes missing it goes right into the heart of a community, it struggles to understand why this has been visited on their community. The community has provided information confidentially, anonymously and through making statements. I believe there is further information to be obtained and I am appealing for people to come forward."

Mary's mother Ann told RTÉ Prime Time she believed Mary did make it to a nearby road on the day she vanished.

Mary had followed her uncle Gerry Gallagher when he was delivering a ladder back to a neighbour’s house which was 400 yards away on a hillside. The last reported sighting of Mary was by her uncle that afternoon as she turned back towards her grandparents home just over halfway on the journey to the neighbour's house. Gerry continued on to the neighbour's home and returned the ladder.

Speaking to RTÉ Prime Time tonight, Ann Boyle said she believes Mary made it to the nearby road which links the townland of Cashelard with Belleek in Co. Fermanagh.

"I've begged to know for 40 years what happened to Mary. I don't want an inquest that Mary is dead. I want to believe that Mary is still alive somewhere. I have to live that way."

Ann's granddaughter Mary Duffy also spoke to RTÉ Prime Time. She never got to meet her aunt Mary and as she visited the home in Cashelard that Mary was visiting when she vanished she said it was a very sad time.

"It's very sad to think this is the place Mary went missing. It's sad because I never got to meet Mary, and you just feel a sense of loss because this is where she was."

"One was a Christmas card and the other was a letter, and the stuff that was in it was shocking. That threatened my life, and frightened the life out of me. One of them started off like it was from Mary. I mean, my God. That made me ill."

Her granddaughter Mary said the hateful mail was very distressing for her grandmother.

"It's horrible and Nannie's afraid to be in her own home and no one should be left like that, it's horrible."

Meanwhile Gardaí are asking anyone with information on Mary's disappearance to contact the Incident Room in Ballyshannon at 071 9858530 or the Garda Serious Crime Review Team on 01 6663444.