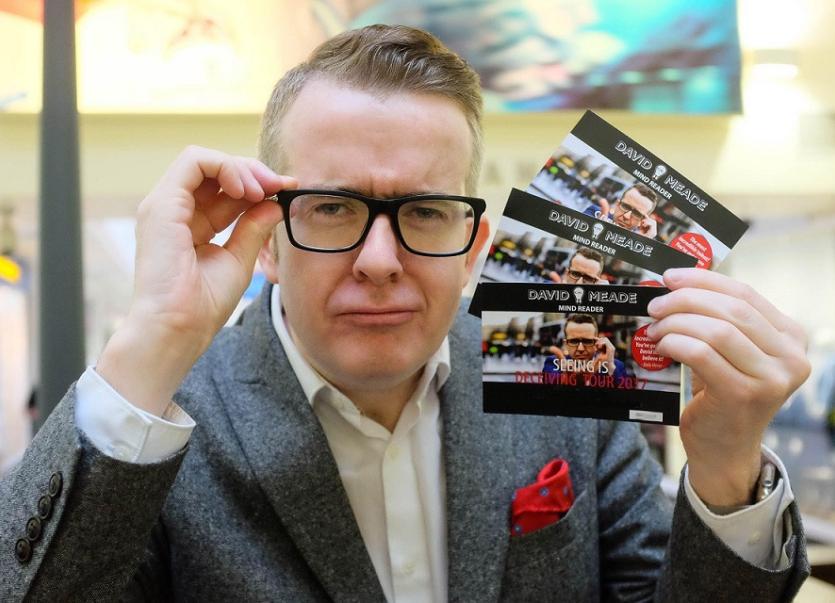 David Meade will be the special guest at the Donegal business networking event in the Radisson Blu Hotel on Saturday, March 25th.

Television mentalist David Meade will bring his unique brand of humour and entertainment to a special spring business-networking event in Letterkenny next weekend.

The BBC television host is also a lecturer and researcher on international business and he will be brought to Donegal on Saturday, March 25th, by the Local Enterprise Office for a celebration of business in the county.

"He is hugely in demand and his show tour dates for 2017 have all sold out, so we were delighted that he could find the time to come to Letterkenny for this unique business event,” Ursula Donnelly, deputy head of enterprise at the Local Enterprise Office, said. She said David's business skills have been used by such global giants as Apple, Cisco and Saatchi and Saatchi, saying that he will be coming to Letterkenny to entertain as well as inform.

Saturday night’s business networking ball in the Radisson Blu hotel is an entertaining spring business-networking event, but it will also incorporate the 2017 Local Enterprise Awards, she said.

“The awards themselves have been running in Donegal for over 20 years now so we felt the time was right to try something different and much more entertaining," she said. "Because we will be using the fantastic new ‘Poet’s Corner’ in the Radisson Blu Hotel, it seemed like an opportune time to use some poetic licence and give a completely new look and feel to the proceedings.”

Four business awards will be presented over the course of a night that will be a celebration of all that’s good about Donegal business.

“When we ask for feedback from businesses, we are often told that they’d love more networking events, so we are really hoping that they will not miss out on this opportunity," she said.

Tickets are €25 and also include dinner and music by Headroom. The evening kicks off with a drinks reception from 7.30pm and tickets can be purchased online at www.localenterprise.ie/donegal.