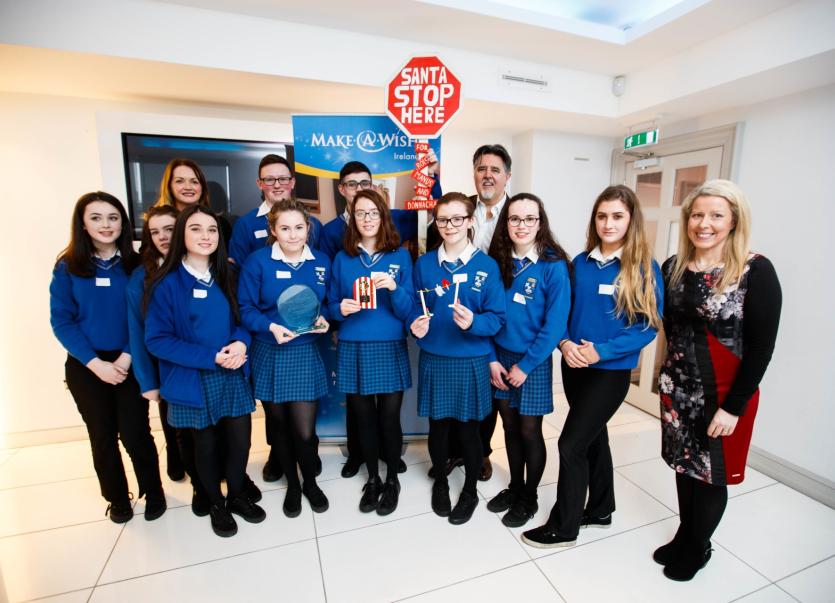 Heartbreaking Defeat for CCBS in All Ireland C Group Semi-Final
Coláiste Cholmcille put up a strong fight against Presentation De La Salle, Bagenalstown, last Friday in the All Ireland Semi-Final, but ended the match two points down following the loss of three key players due to injury. Dean Carroll went off in the first twenty minutes, Conall Sweeney had a dislocated finger before half-time, and Nathan Boyle suffered a back injury with ten minutes to go. Both teams were well matched, but CCBS were unable to make up the difference in the very end. However this was still a great achievement by the team and their coaches Mr. Conlan and Mr. O'Reilly. Principal Mr. Keogh said that although the result was 'heartbreaking', the team were to be commended on their success up to this point, including winning the Ulster title, the first held by the school in nine years. Final score: Coláiste Cholmcille 2-10, Presentation De La Salle 1-15. Coláiste Cholmcille team: Seán Taylor; Cían McGloin, Robbie Ryan, Shane Gillespie; Conal Sweeny, Jason Granaghan, Cáelán Drummond; Matthew McClay, Dean Carroll (0-2,1f); Ryan McKenna, Shane McGrath (0-3,2f), Michael McKenna (0-2), Dylan Gallagher (1-0), Oisín Rooney and Nathan Boyle (0-3,1f). Subs: Seamas Keogh for Carrol (20); Cathal McSharry for McClay (24) and Patrick McCaffrey for Sweeny (28); Shane Dorrian for Boyle (49); Matthew McClay for Drummond 59. 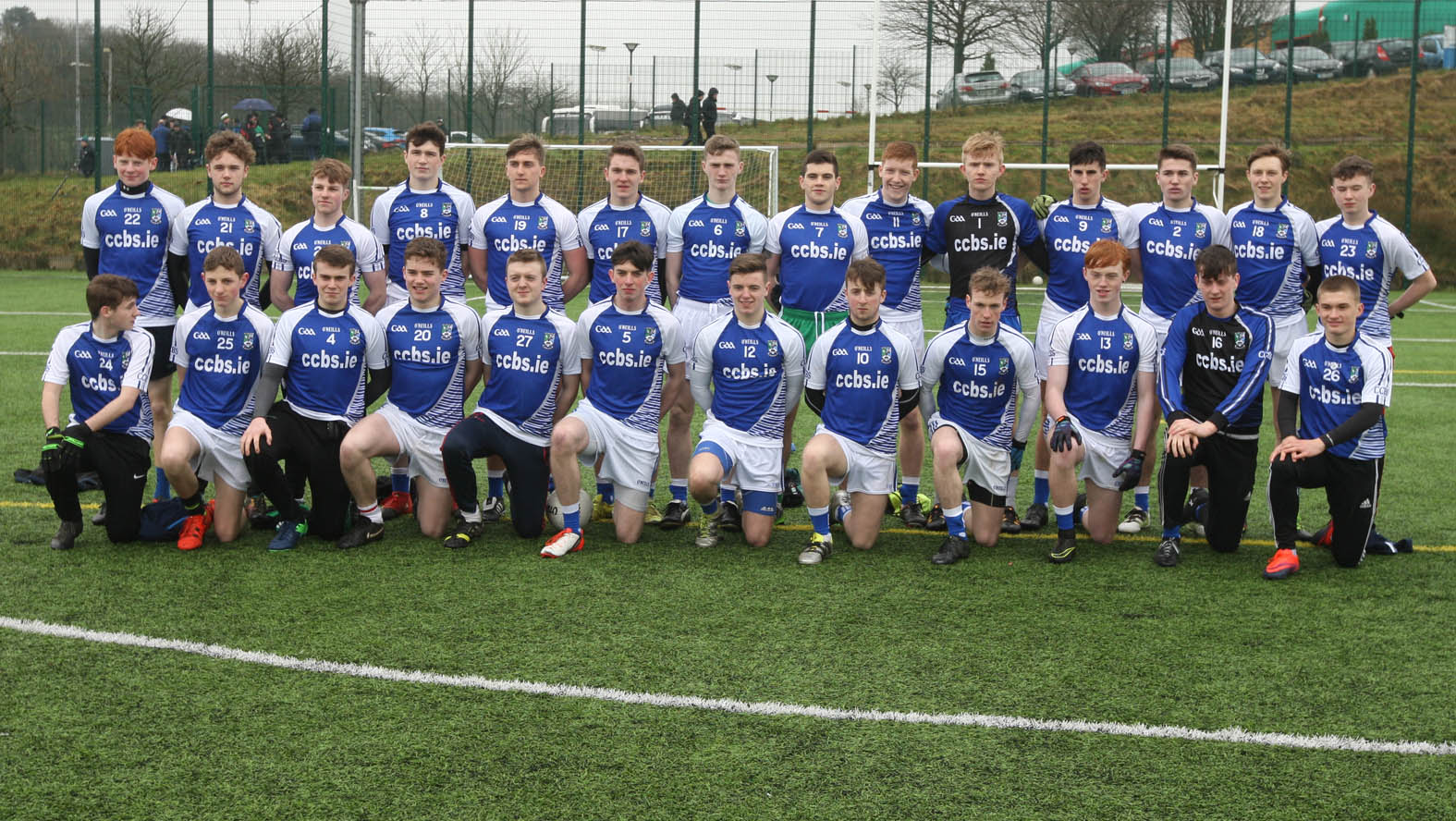 TYs First Aid Course
Last Friday our TY student took part in a one day First Aid course, held by First Aid Aware. Students learned a number of important skills: how to help someone who is choking, how to bandage an injury and CPR. Everyone who participated received a certificate to show they completed the course.

Christmas Fair Receives Entrepreneurial Award for Excellence
Ten TY students travelled to Dublin on Friday to receive the Entrepreneurial Award for Excellence in Commerciality from the Make a Wish Foundation in recognition of the CCBS Christmas Fair which raised over €1700 for the charity. Judge Gary Prizeman who presented them with the award was full of praise for their project, noting that it was the most commercially viable and potentially the easiest to roll out nationally. He commented that while it was an excellent method of fundraising, young entrepreneurs were also incentivised to work hard a their business as they got to keep their own profits once they had paid for their stalls. He love the way this allowed both parties to benefit from the project. He also commended them on behalf of the judging panel for their report.

Girls Gaelic
Our U14 Girls Gaelic team kicked off their season with a match against Ballinamore in Fintown on Friday 10th March. The girls came out strong from the throw-in and were deserving winners with a scoreline of 5-11 to 3-02. A very good team performance with Caitlyn Mc Garrigle taking control in defence and Katie O Brien showing great composure in the forward line. The girls will be hoping to make it two from two when they play Finn Valley in the next group game.

U13 Boys Gaelic
Congratulations to our Under 13 boys GAA team who qualified for the Ulster playoffs with a comprehensive victory over Holy Cross Strabane. The boys triumphed on a scoreline of 7-7 to 1-0. Mr Doherty and Mr Maguire were very impressed with the excellent commitment, intensity and discipline displayed throughout the game. The boys progress to an Ulster play-off which will be played in the next few weeks. Well done boys. 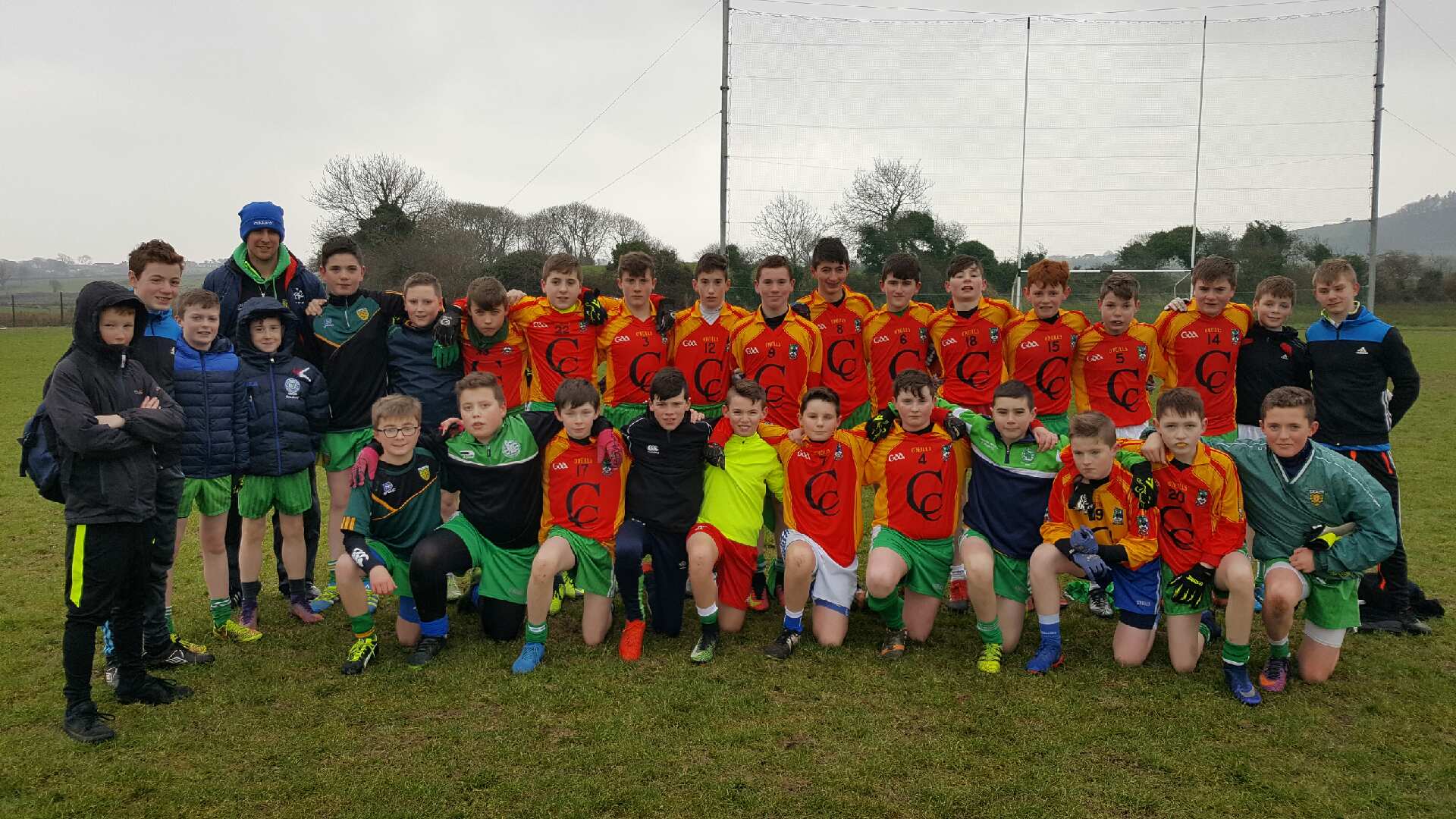 'Careers in Science' Day in Sligo IT
Last Wednesday a group of TY students spent the day in the Clayton Hotel, Sligo, hosted by Sligo IT. The focus of the day was 'Careers in Science: Not Just White Lab Coats." The students enjoyed a number of talks from IT lecturers, a documentary screening, and they got to chat to current IT students about life in college.

Girls Basketball
Hard luck to the Under 14 Girls basketball team who were defeated in two tough games against Kilitmagh and Castleblaney in the "A" Cup competition. The girls showed great grit and determination and learned a lot from from these games as they compete at the highest level in the country. They now look forward to preparing for their league Play-offs next month.

U13 Boys Gaelic
Hard luck to our Under 13 boys who were beaten by a very strong St Columb's Derry team. The lads put in a great effort from start to finish, and were unlucky that a couple of late goals from St Columb’s put the game beyond reach. The boys play Holy Cross, Strabane on Tuesday with the winners of this game through to an Ulster playoff.

First Years visit AIB
All First Year Business students have enjoyed a visit to A.I.B. Ballyshannon. They got to have a look at how a bank operates behind the scenes, the security measures the bank has in place and how technology has changed the day-to-day running and role of staff in the bank over the last number of years.

Hogwarts raise €200 for DEAR Time
TY students from "Hogwarts Bank" were delighted to make a present €200 to the school's Literacy and Numeracy programme. They raised this money from a bake sale as part of their "Backing the School" initiative. They chose to support this programme as they wanted to help build up reading resources for DEAR Time that are accessible to all students in the school and that students would enjoy reading. New sets of books have already been purchased with this money. Well done to this hard-working group of enterprising students.

All Ireland TY Drama Final
Well done to TY 1 who performed in the All Ireland TY Drama Final in Mullingar last Saturday. 15 groups from around the country made it to the final. TY 1 performed '10 Ways to Survive the Zombie Apocalypse', and put on a great show for the adjudicators. The competition was won by St. Mary's of Charleville. A short video clip of the show is available on the school Facebook page.

Ulster Swim Team
Two of our students Mona Mc Sharry and Mouric Mc Sharry have recently been selected to represent Ulster at the Irish Schools Interprovincial Championships which will be held at the National Aquatic Centre in Dublin on Saturday 29th of April. Brother and sister, Mouric and Mona, have both proven themselves time and again in recent years winning multiple awards in swimming. Well done to you both and best of luck in the competition!

Coláiste Uisce
First and Second Year students are being given the opportunity to attend a two day residential course in the very popular Coláiste Uisce in Mayo later this year. The trip gives students the chance to immerse themselves in the Irish language through fun sports and water based activities.

Fifth Year Careers Day in Ballybofey
All fifth year students had the opportunity to attend the Donegal IGC Careers Fair on March 9th in Ballybofey. With over 35 stands to visit, information on careers and courses was plentiful. Students took the opportunity to speak to providers of a range of courses from ITs, Universities, Defence Forces, PLC providers and Solas. Thanks to Ms A Gallagher, Ms McGurren and Mr Walsh for organising and bringing the students along. 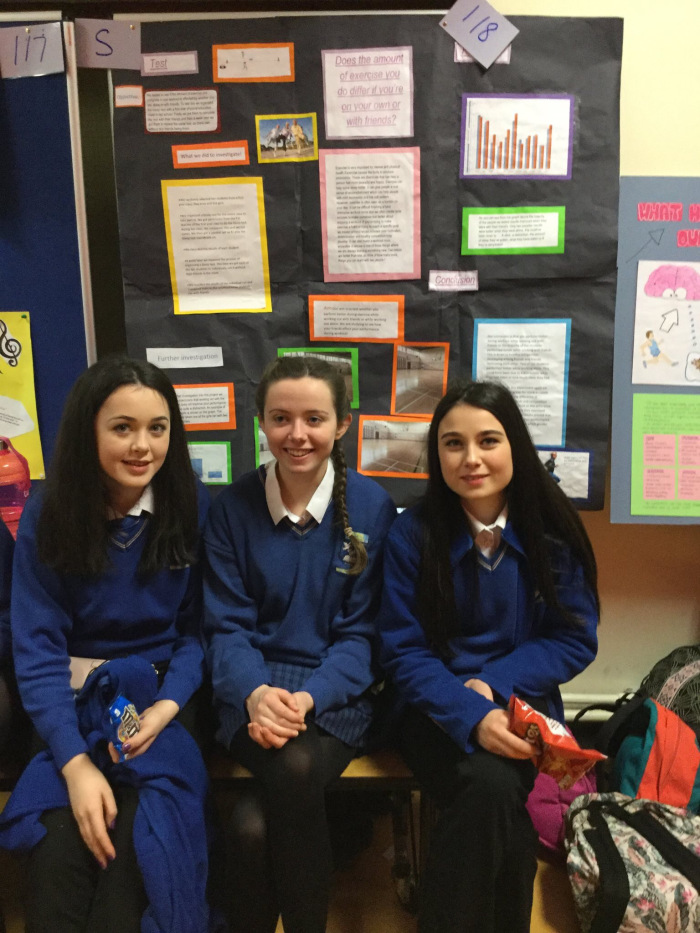