Ann Friel, team leader for primary health care, Donegal Travellers Project, addressed the last Women of the World Festival in Derry. This is the speech she delivered. 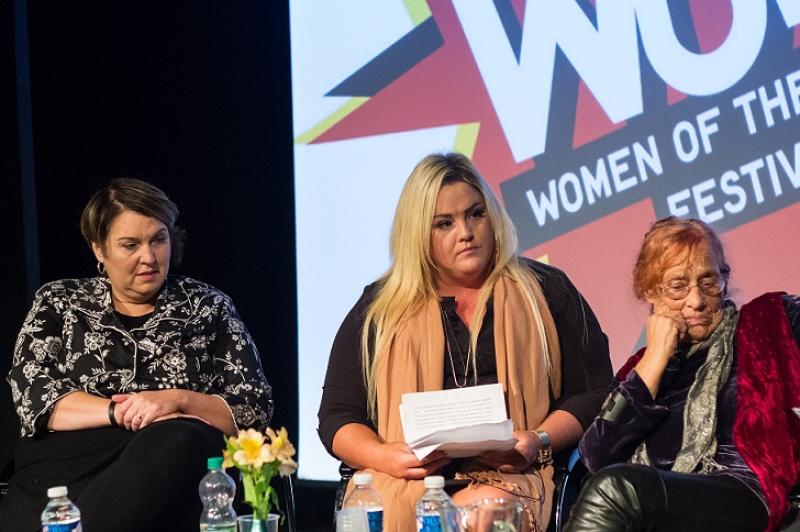 Ann Friel, a featured speaker at the Women of the World Festival in Derry. Ann is shown seated between social activists Katy McCafferty and Margaretta D’Arcy. Photo: Eamonn Brown

I was very happy to be asked here today to celebrate Women of the World, to listen to other women’s achievements and stories, and to talk about the issues for myself and other Traveller women.

I would like to start by sharing one Traveller woman’s story which is rarely told because Traveller women are invisible in Irish history.

In 1981 I was a baby, just one year old. Little did I know, at the time Dublin County Council were trying to evict over 100 Traveller families from Tallaght to open a new bypass. Local residents and politicians supported the council and vigilante groups sprung up, handing out leaflets that advised settled men to bring hurley sticks to the site.

In the midst of all this a brave Traveller woman, Nan Joyce, stood in the General Election of 1982, supported by a new Traveller Rights Committee, and polled twice as many votes as the anti-Traveller candidate. A few weeks after the election, Nan was arrested and charged with stealing jewellery. The story was widely reported in the media, with one headline reading "Tinker Queen Arrested for Theft". The charges were later dropped for lack of evidence. It then emerged that the jewellery had been planted in her caravan by gardaí.

Nan was a brave woman and an inspiration to many, but for many Traveller women, sadly, her tale was a lesson: If you stand up for Travellers and for women, you will be up against the power of the guards, the media, the state, and settled society.
Thankfully, in my lifetime things have changed for Traveller women. The feminism of 1960s, '70s, and '80s Ireland was a great thing for women generally. It gave women a voice. It argued for their right to contraception and the right to work outside the home. It broke the silence around violence against women and children.

Sadly, Traveller women of my mother’s generation never became part of that movement. They were left looking after the home and children, and most lived in appalling conditions on the side of the road. Most could not read or write. Childbirth was often on the roadside. Violence against women, when it happened, was just something you had to put up with.

If you read books by European and Irish feminists, it’s really hard to find any mention of Traveller or Gypsy women. Black feminists have argued that feminism, in trying to overcome sexism, often ignored racism. Like Black feminists, our road to women’s rights was a very different route.

Over the past 20 years Traveller women have begun to find a voice, to work together, and to stand up for our rights. Community education brought us together, where we looked at issues like contraception and domestic violence, and started to analyse them for us as Traveller women.

While settled women in Ireland have won some freedoms, a real movement of women and a real demand for a more equal society must involve ALL women, starting with those on the margins. We need to think about Roma women, persecuted throughout Europe, coming here for a better life only to find that they cannot get access to basic medical care or social welfare.

I believe every person and every community has a role to play in building a more just and equal society. As Traveller women we have come a long way, but we still have a long road to go. Today is about celebration, though, and I am proud to be with you all and part of this event. 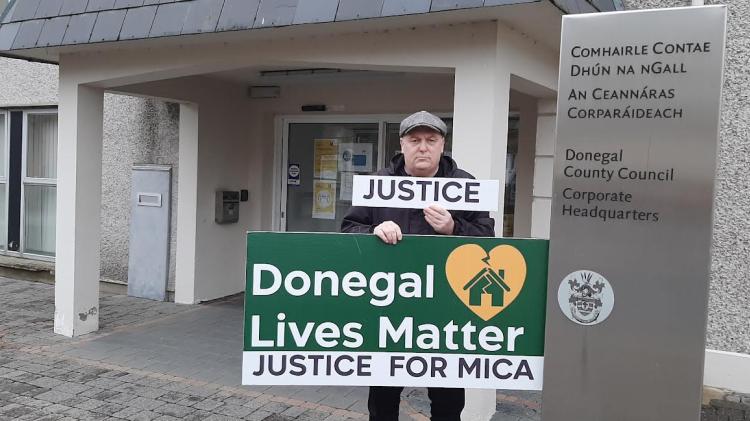