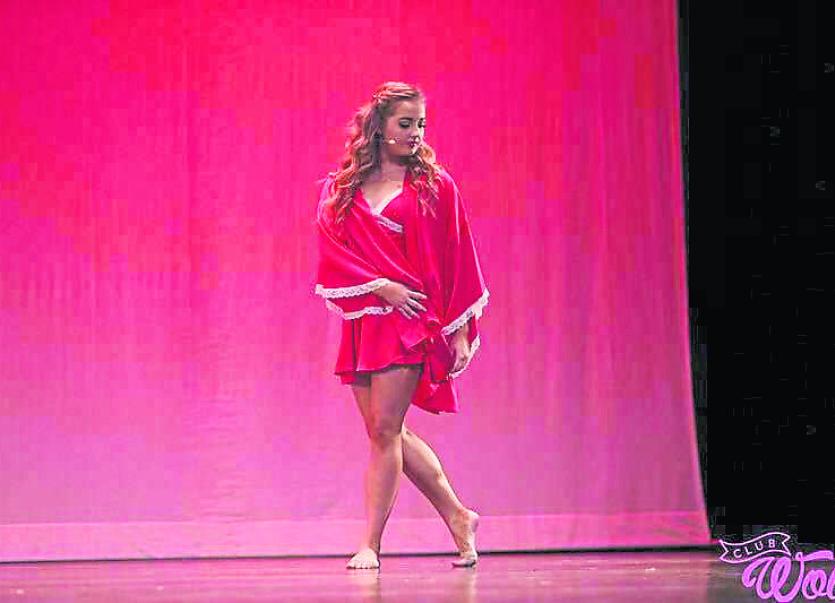 Two Donegal performers came back with awards from the 2017 Dance World Cup international competition in Germany.
Eimear Friel of Raphoe and Elly Patton of Lifford finished in seventh place and 15th place, respectively, in their categories in the competition, which sees 12,000 participants from 47 countries competing at their country’s qualifiers and at the world finals each year.
This year’s finals were held last month in Offenberg, Germany. Eimear and Elly, members of the Encore Performing Arts Academy, were with Encore members from Donegal, Derry and Tyrone, along with members from three other dance schools, on Team Northern Ireland.
The competition begin with a big opening ceremony and a parade of the teams through the streets of Offenberg. Donegal audiences will know Eimear from her many stage performances, most recently as Dorothy in the Letterkenny Musical Society’s recent production of “The Wizard of Oz”.

Performed on tour
Eimear, 18, has also performed in touring productions of “Annie”, Joseph and the Technicolour Dreamcoat” and “Evita” at the Millennium Forum in Derry and in August she will play the leading role of Tracy Turnblad in the Big Balor Summer Musical, “Hairspray”, at the Balor Arts Centre in Ballybofey.
Eimear finished seventh in the song and dance solo competition with her rendition of “Maybe This Time” from the musical, “Cabaret”.
Elly took 15th place in the tap solo competition and was also the lead singer in the group dance competition, with the classic Irving Berlin song, “I Love a Piano”, where the team took fifth-place honours. The Encore tap group team, “Freaks Like Us”, also placed sixth in the tap group finals.
In the qualifiers, Encore also received the best group dance award in Northern Ireland or their performance of “The Aftermath” to the song, “Sounds of Silence”.
“Everyone really loved the team,” Eimear said. She said people were coming up to team members asking for photos because of their energy and sense of fun. 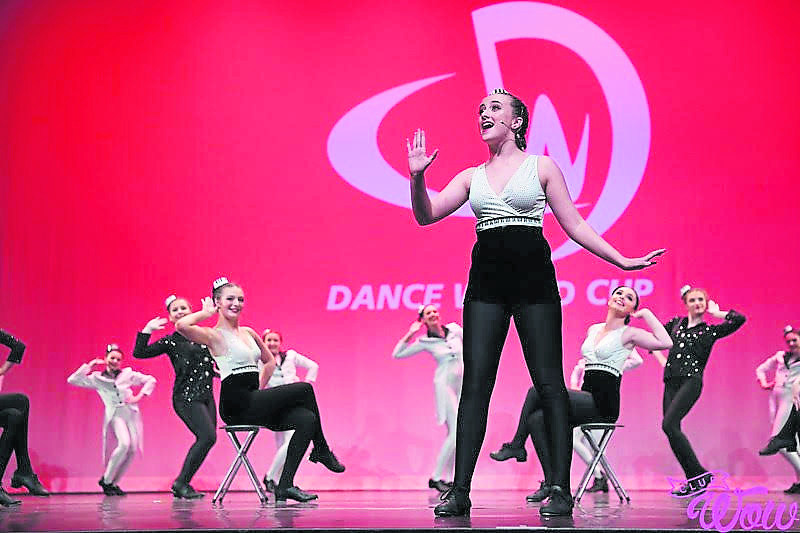 Above, Elly Patton of Lifford

Caroline Barker, dance director at Encore, said the team was fantastic.
“It’s a phenomenal competition - it’s like the Olympics of the dance world,” she said, calling the event, “a very high-level competition”.
Even to qualify was an achievement in itself, Caroline said. Rebecca Thompson is director of drama and musical theatre at Encore. “It’s very much a team effort,” Caroline said.
Eimear loves performing - the rehearsals, meeting new people, showcasing your work in performance.
“I love everything about it,” she said.
It has been a busy summer for Eimear: She finished her Leaving Certificate examinations the day before she left for Germany, and she has been in rehearsal for “Hairspray since she returned.
“It’s been flat out, but that’s the way I like it,” Eimear said.