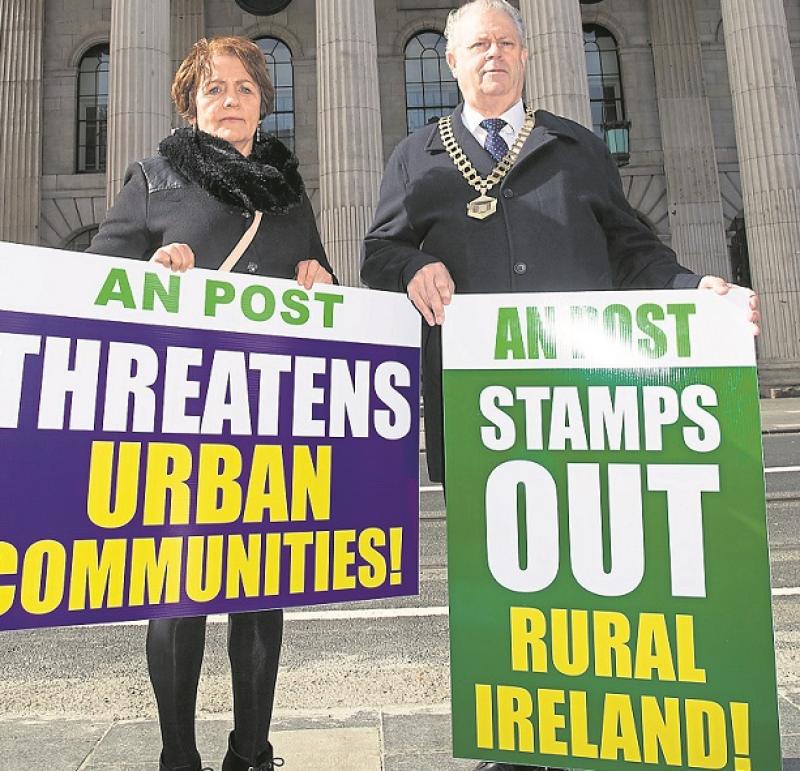 A Donegal postmistress has said that new Taoiseach Leo Varadkar and re-appointed Minister for Communications Denis Naughten have taken no action to sustain post offices and the communities they serve since coming into office.

The Irish Postmasters' Union executive member and Donegal spokesperson Breid Gallagher was speaking as postmasters protested against what they see as government inaction to secure the future of the Post Office Network. They announced that they are withdrawing from current talks with An Post.

IPU General Secretary Ned O’Hara said the protest was as a result of “government inaction and its continued refusal to invest in its own network.”

The National Executive of the Union has decided to withdraw from current negotiations with An Post, on the future of the Post Office Network, because of “no prospect of agreement”. The talks had been under way since May.

“The IPU is disappointed that, despite our best efforts, agreement could not be reached as postmasters' earnings continue to reduce sharply and the future of the network remains in a perilous state.”

The IPU is to hold branch meetings across the country in the coming weeks to discuss the challenges faced.

Mr. O’Hara added that the union would not, as a result, cooperate with the roll-out of the planned An Post Smart Account.

“We will support the Smart Account once we have agreement that it sits together with a network development and investment plan – which sanctions a wide-ranging suite of additional over the counter transactions such as motor tax, identity verification, transport, tourism, health social hub services.”

Breid Gallagher said: “The new Taoiseach and Minister Naughten need to put the future of the Post Office Network on page one of this government’s priority list to ensure that access to all essential State, financial and social services is maintained and supported in communities across the country.

"An Post needs to embrace the many opportunities for the Post Office Network – and look ambitiously towards the optimum level of access and services that can be delivered for communities into the future,” Ms. Gallagher said.