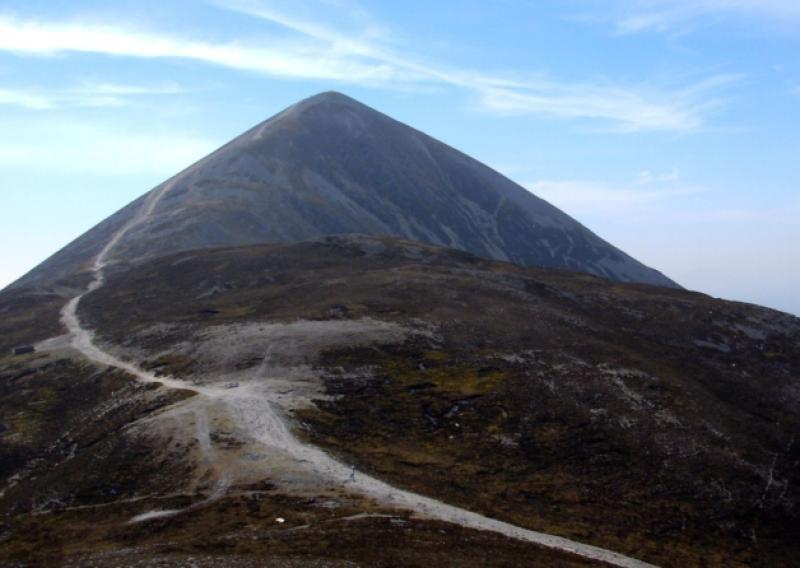 Members of the Donegal Mountain Rescue Team (DMRT) were on hand to assist with a number of emergency evacuations in County Mayo yesterday as part of the annual ‘Reek Sunday’ pilgrimage on Croagh Patrick.
A team of DMRT volunteers travelled to Mayo on Sunday where up to 15 people needed assistance as poor weather conditions hampered the 7,000 walkers undertaking the annual event.
Among the casualties they helped with were walkers who suffered broken limbs, head injuries and one man in his 70’s who suffered a heart attack.
They were working with other rescue teams from around the country.
The DMRT stated that the conditions were “tough” with “extremely heavy persistent showers” over the course of the day.
A number of those injured were airlifted to hospital while others were stretchered off the mountain for treatment or assisted down by the volunteers.
They stated the youngest person who received treatment was 13-years-old while the oldest was an an 82-year-old who suffered an arm injury.
The Donegal Mountain Rescue Team are a voluntary group that respond to incident across the county. Their base is at Glenveagh National Park. Follow them on Facebook to find out more about their work.