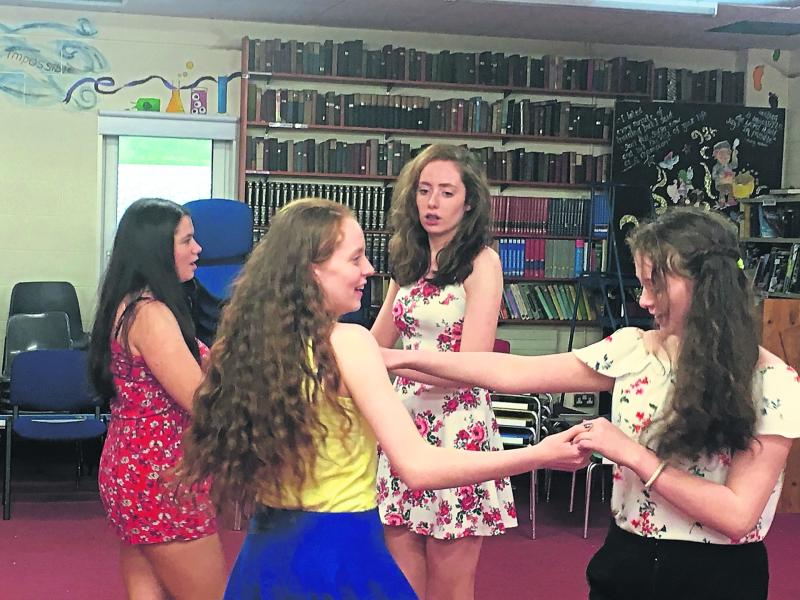 The sound of Abba’s greatest hits can be heard through the corridors of the Abbey Vocational School in Donegal town this month as students prepare for their production of ‘Abbey Mia!’, a musical set to the pop group’s music.
AVS has developed a reputation for staging exciting and enjoyable musicals over the past number of years, with productions such as ‘Oklahoma!’, ‘Scrooge’ and last year's ‘Hairspray’.

‘Abbey Mia!’ will run in the St. John Bosco Centre, Donegal town on Tuesday 14th, Wednesday 15th and Friday 17th, November. The show starts each night at 7:30pm with doors at 6:45pm.
Building on the success of recent years, the transition-year students of 2017 are busy putting the finishing touches to their production. The leading cast is drawn from the TY-year group, ably supported by a chorus of students from other years.
Set on a sunny, far-flung isle, ‘Abbey Mia!’ features many of Abba’s hits, such as ‘Mamma Mia’, ‘Does Your Mother Know’, ‘Super Trouper’ and ‘Dancing Queen’. With all these well-known songs set to upbeat choreography, ‘Abbey Mia!’ is the ultimate feel-good show that promises to leave audiences dancing in the aisles.
Taking the starring role of Sophie Sheridan is Saerlaith Lusson, no stranger to the stage. Playing her mother, Donna, is Rebekah Sweeney. Conor McAlister, Eamonn Devlin and Darragh Griffin take on the roles of the leading men, Sam, Harry and Bill, respectively. The cast in total numbers more than 150 students, who are busy putting the final touches to the production.
Rehearsals have been taking place since early September under the watchful eye of the production team, Director, Ailis McIntyre; Musical Directors Eileen Carr, Claire Doherty and Tara Gallagher; and Choreographers Julianne Murphy and Karla Gallagher.
Students not appearing on stage are working in PR, set construction and design, stage management and hair and makeup, making this a whole-school production.
Tickets are available from the school office on 074 9721105 and priced at adult, €10; and child/student, €7. Early booking is advised to avoid disappointment.