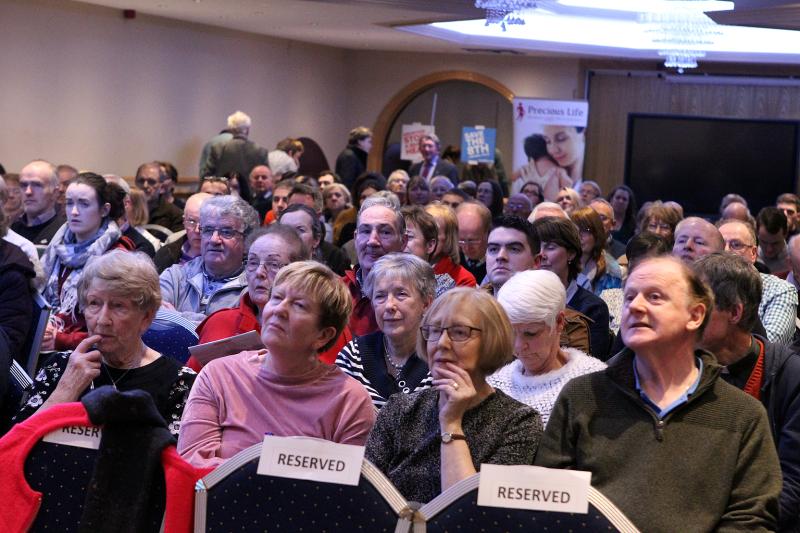 A section of the attendance at the DVD launch on Thursday night in Letterkenny.

The Bishop of Derry has told a meeting in Donegal that the campaign against the repeal of the Eighth Amendment can be won.

in Donegal appealed for support and volunteers in its campaign to oppose the repeal of the Eighth Amendment at a meeting in Letterkenny last night which was attended by over 150 people.

Bishop of Derry Donal McKeown was among those who attended the meeting which was used to launch the group's video, Keep The Eighth. Bishop of Raphoe Alan McGuckian sent his apologies as he was out of the country.

"This is a campaign that can be won. We have to begin this campaign with confidence,” Bishop McKeown said.

The bishop said the campaign is not just about a law. “This is about saying the people of Ireland love life in all its shapes and forms. We have to make Ireland believe that keeping the Eighth is an act of love." 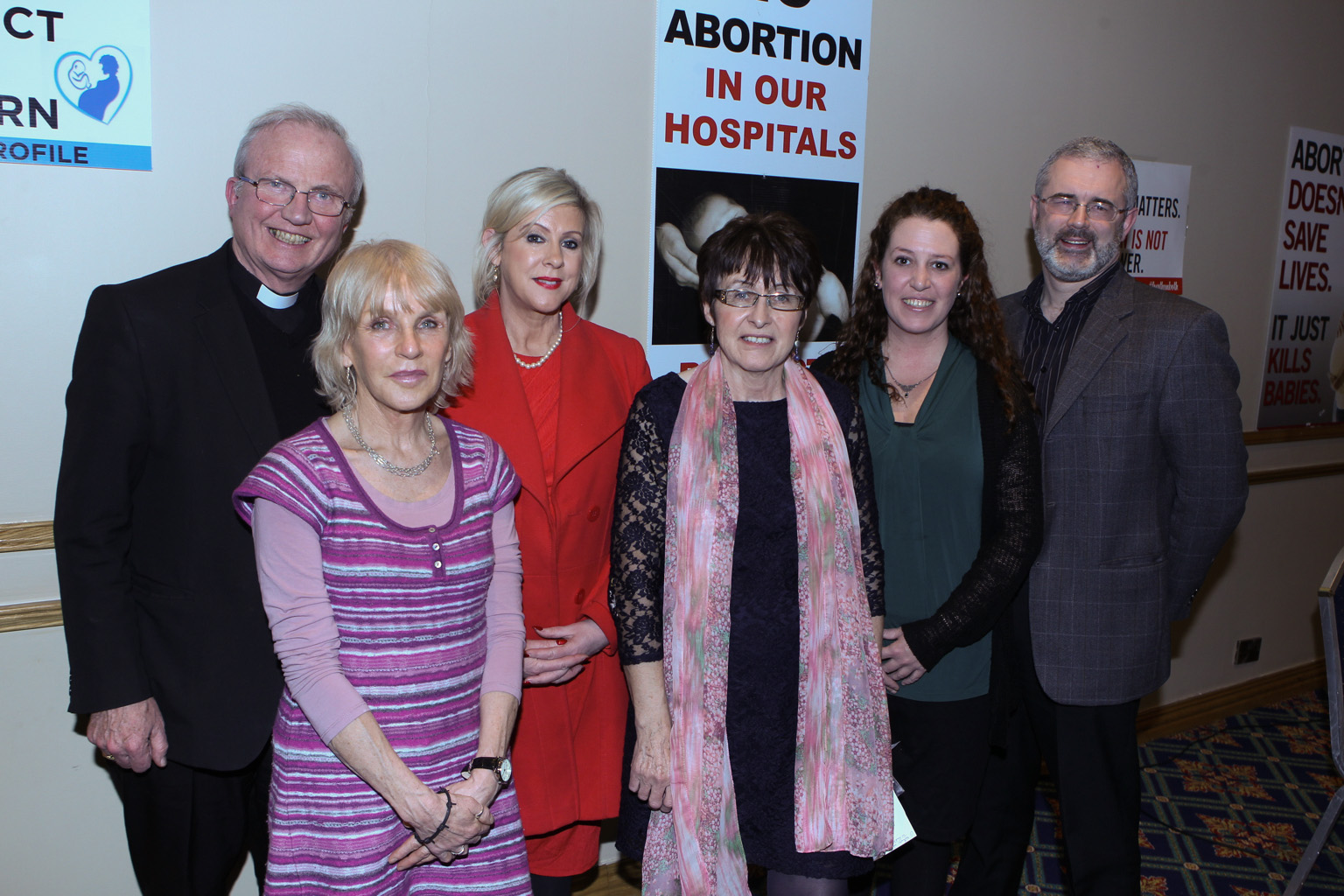 Bernadette Smyth of Precious Life also said the campaign can be won. "This is a battle we can win. Do you believe we can win this battle? I really believe it."

"SOUL OF OUR COUNTRY"

She said the abortion issue was for "the very soul of our country”.

“We cannot allow this to happen, we must rise up with the great faith that God has given us." She said “demonic forces wanted to unleash abortion” and bring "child sacrifice and child murder into Ireland".

Anne McCloskey, a GP based in Derry, said she was really frightened that "we are measuring people by their economic state or their state of health".

She said she is and a Republican, and added that repeal will reinforce the border more than Brexit due to the strong ethos in the six counties.

McCloskey said she has friends who lost relatives on Bloody Sunday who vote for the DUP because they believe it is the only party who will protect against abortion.

"The Irish people know better what is best for them and their country," she said. Maria Ui Chorcoráin of Yes To Life said the group is trying to reach every single person in Donegal before the referendum.

She said fewer and fewer people are going abroad every year. The argument that it should be allowed here as it is allowed somewhere does not stand up, she said. She also called for people to join the canvassing team against the repeal of the Eighth Amendment. "We need more people to do this."

The 50-minute video was funded by church-gate collections throughout the county and will be shown throughout Donegal in the coming days.

The group says the video is suitable for viewing by secondary school pupils with the exception of three graphic images of aborted fetuses at the end.

A board at the back of the room facing away from the public contained images of fetuses from abortions at eight, ten and 22 weeks.

Mary T Sweeney, a member of Donegal ,  told the meeting "this society is blind to the evil of abortion".

Chair of in Donegal, Margaret McGeehan, said she believed the video would inform people about the issues surrounding the Eighth Amendment.

She said both the hospitals in Letterkenny and Sligo have been designated as abortion and therefore "all HSE employees should be made aware that they will be impacted by abortion legislation".

She said the Citizens’ Assembly had voted for of the Eighth Amendment despite the vast majority of submissions stating opposition to repeal.

" is really about supporting all life from conception to natural death," she said. "Once it is acceptable to kill the unborn, this would lead to the lawful killing of elderly and infirm. The stand against illegal killing starts now."

She told the meeting that the group will require additional support and volunteers for its campaign.

Rev Mark Loughridge of New Life Fellowship challenged people not to accept the ‘manufactured’ consensus given by much of the media that the country is for repeal, but to get out and voice their opinion to friends, family, and colleagues so that a true consensus can be reached.

The group also announced a date for canvassing training and said it will be holding five more meetings to show the video in the county.