Montgomery family members trace their roots on visit to Donegal

Reunion event allows visitors to take a step back in time 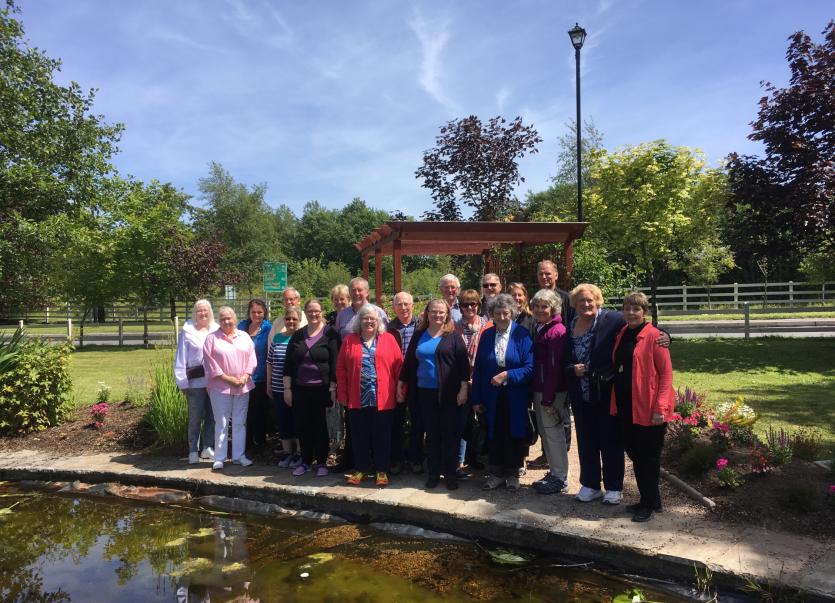 As Donegal baked in summer sunshine, over 20 members of the Montgomery Clan from USA and UK recently paid a fact-finding visit to south Donegal.
They called at houses and areas of Donegal, Derry and Fermanagh from where family members emigrated to play a prominent role in world history.
Helen Meehan, former President of the Donegal Historical Society and a member of the Montgomery clan, was the organiser of the reunion and historical guide.
It is recorded that the Montgomery Clan arrived in Co. Down just prior to the Plantation of Ulster in the early 1600s. In the grounds of the historic Raphoe Cathedral the group paid a visit to the grave of ‘Old’ Sandy Montgomery, member of Irish Parliament for 32 years.
He is also known for his role in the 1700’s Indian Wars in Canada and the USA. His brother, General Richard Montgomery from Convoy House, which still stands, is regarded as the USA’s first national hero.
He emigrated to the USA in 1773 and became a Brigadier in the American Revolutionary Army in the War of Independence, and was a friend to George Washington. Quite a number of battleships and cities in the U.S.A are named in his honour, one such, Montgomery, Alabama.
Another member of this clan is the WW2 hero, ‘Monty’ Field Marshal Bernard Law Montgomery of El Alamein. His father Henry Montgomery, former Bishop of Tasmania, and wife, are buried in Moville church cemetery. Bishop George Montgomery was the first Bishop of Raphoe and Derry in 1604.
The Donegal Town family of Alec Montgomery, his son Philip and daughter-in-law Joy joined the group in the Mill Park Hotel, Donegal Town where all proceeded to south Donegal sites relevant to the clan.
First stop was Inver Church, the site donated by the Rev Alex Montgomery in the mid 1600s. There Helen Meehan gave a brief history of the Montgomery role in the Dunkineely and Inver areas. There are four Montgomery graves in the Inver Abbey. The townlands of Clover Hill, Bonnyglen and Drumbeg have connections, the latter where Rev Alex constructed Drumbeg House.
On to Dunkineely and Killaghtee townland where ancestors of Field Marshal Montgomery once resided. The group later relocated to ‘New Park’ house in Moville.
It was in this house that ‘Monty’ spent a number of years in his youth.
The Reunion group later proceeded to Derry Cathedral which also has family connections and attended the Aughadooey Derry 300th anniversary of its mass migration to the USA.