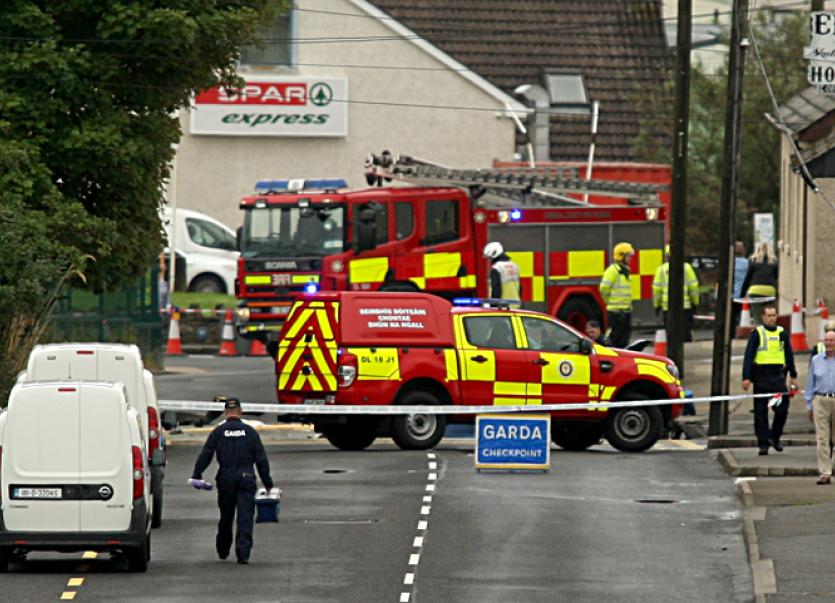 Emergency services and gardaí at the scene on Sunday morning

Post mortems will be carried out today on the bodies of a man and a woman in their twenties, who died in Sunday's tragic single-car collision in Bundoran.

The two victims have been named locally as Shiva Devine, from Donegal Town and Conall McAleer, Boa Island, living in Pettigo for a number of years. Floral tributes, cards and messages have been left at the scene.

Two men in their 20s who were seriously injured in the crash are continuing to receive treatment at Sligo University Hospital, while a woman in her 20s remains critically ill and has been transferred to Dublin’s Beaumont Hospital.

There were six people in the car which crashed into a wall and lampost at Eastend. Bundoran at 3.45am on Sunday morning.

A man in his 20s arrested by Gardaí investigating the crash has been released without charge, with a file being prepared for the DPP.

Gardaí are liaising with the PSNI as part of their enquiries and are continuing to appeal for witnesses to come forward.

Anyone with information in relation to the crash is asked to contact gardaí in Ballyshannon Garda Station on 071 - 9858530, the Garda Confidential Line 1800 666 111 or any Garda Station.